The One with the Sideburns

The Yankees swept through Texas on the way to World Championships in 1998 and 1999. When they faced off in the Division Series, each squad featured a team OPS of over .819. They were two of the better hitting teams in a juiced-up era.

In last night’s game, each lineup featured exactly one player who can top the team OPS of 15 years ago – Beltre for the Rangers and, here we have to cheat a little bit, Cervelli in a limited roll for the Yanks. If we don’t get to cheat, then the Yanks top starter was Brett Gardner, though his .789 OPS is well short of what the 1999 Yanks could do.

No player is better-suited to thrive in today’s game than Brett Gardner. A glove-first speedster who could get on base a little but couldn’t hit it out of the infield, he’d never have made it on the field in the late 90s. The Yanks weren’t sure how to account for stellar defense and weren’t too sure how much it was worth to them anyway. In recent years, even powerless, Gardner became one of the Yankees’ better players. In 2014, reaching a dozen homers while the calendar still says July, he’s added enough power to his game to be a star and the Yankees MVP. And a rarity – a very good contract.

The Yankees were very fortunate to have him last night, as he got them on the scoreboard and gave them a real chance to win with two solo homers. He now has four career homers off Yu Darvish which strikes me as near-impossible. But David Phelps couldn’t retire J.P. Arencibia when it mattered most and lost the game 4-2. J.P. Arencibia is hitting .153 and getting on base at a .198 clip. He’s indistinguishable from a statue except the statue would probably take more walks. Phelps allowed all four runs on two-out hits in the fifth.

The Yankees threatened a couple of times and really handled Darvish as well as you can possibly expect them to, but they could never get the meaningful hit with men on base. When Darvish attacked McCann with a 91 MPH heat-seeker aimed at his back leg in the seventh, it was like watching Mariano’s cutter gone feral. McCann struck out of course, but the pitch just kept boring in past the point of recognition and carved out a unique-looking trajectory. 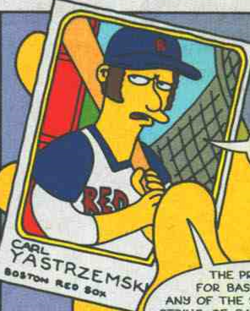 The last batter of the game was Derek Jeter and he stung a one-hopper to short but Andrus handled it easily. That put an end to one of Jeter’s best games of the year. Three hits and a walk. One of them a double!

The third hit, a perfectly executed hit-and-run before the McCann whiff in the seventh, was his 3420th and sent Jeter past Carl Yastrzemski into seventh place by his lonesome on the all-time hit list (according to Elias and MLB.com). Honus Wagner is up next, 10 hits away, and that’s as far as Jeter can get this year. He’d need another 94 hits in the Yankees remaining 57 games to catch Tris Speaker for the fifth spot.

I watched each of Jeter’s at bats with an enthusiasm I have not been able to muster since Masahiro Tanaka got hurt. I wish there were a few more doubles sprinkled into Jeter’s season, but otherwise, he’s had a very enjoyable year and I look forward to the last two months. I would not be surprised at all if his batting average keeps creeping up towards .300, like in 2008 when the Yanks season was crap and the stadium was closing and he rallied the fans around his pursuit of the previously obscure Stadium hit record.

Comparing the all-time hit lists on MLB and Baseball-Reference, I prefer the B-R list which includes Cap Anson in 6th place with 3435 hits. I assume MLB doesn't include him because he played before 1900.

Also, for whatever reason, B-R has Honus Wagner at only 3420 hits, so Jeter passed Yaz and tied Honus last night on their list.

Depending on who you follow, he's either 11 hits (MLB) or 16 hits (B-R) away from being solo in sixth place.

OK, MLB does not include Anson's N.A. stats and just starts at the formation of the National League in 1876. That costs him about 423 hits and knocks him down to 3011 on their list. That is much more reasonable, tho I still have to think about which list consider "THE LIST"

Good stuff, Jon. Whichever list you go by Jeter's in remarkable company. The names he's stacked up with are all-time greats.