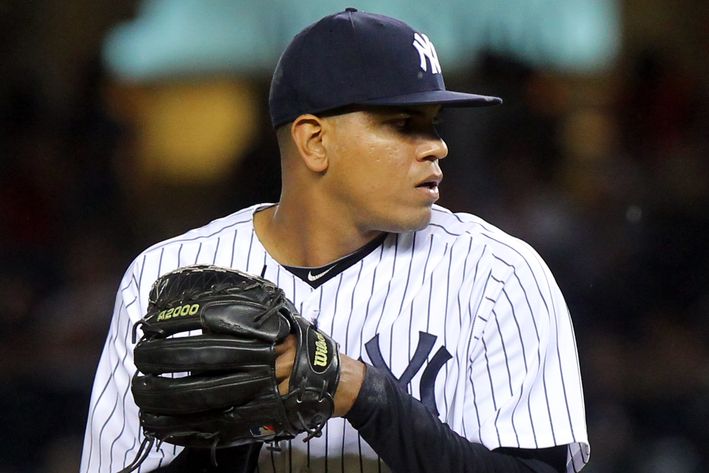 Nova can’t return soon enough.  When he does, maybe Warren can go back to the pen to help Betances out while Miller gets healthy.

Looks like Nova "perfected" his change-up, and Delin apparently predicted that would happen after TJ surgery. What is it about TJ surgery that would make a change-up, or any other pitch better for a pitcher?

Seems like it has nothing to do with anyone having the surgery regardless of need. For example, you hear often if you don't need the surgery, you should still have TJ surgery because your mechanics and command will magically get better. Seems that is not the case at all.

This is solely that your ligaments were mush before the surgery, thereby creating a need for your UCL to be fixed, and now post surgery they are no longer mush. Makes sense to me.

Seem like people still want to keep purporting the adage that all pitchers should get TJ regardless of needing the surgery. Here are smarter people explaining it all:

What the surgery does is restore the ligament's stability to where it was four or five years ago. A pitcher might say the operation did it, but it's just more stability in the arm contributing to better mechanics.