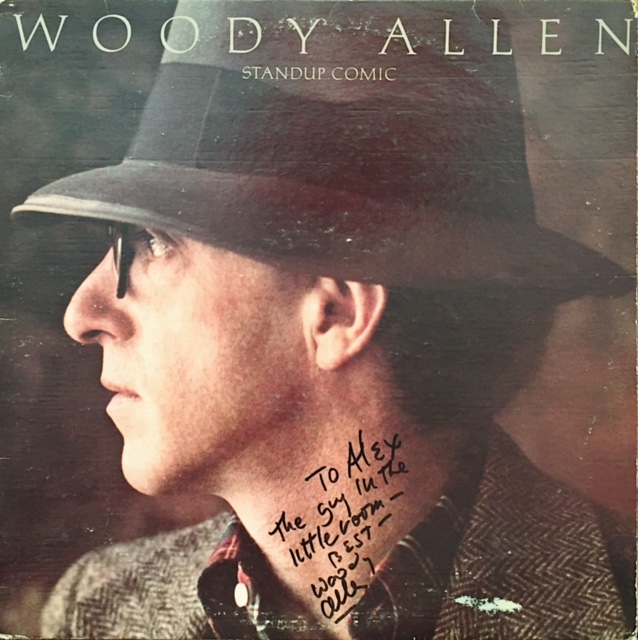 I’ve been doing some curating work over at Esquire Classic and if you’re a subscriber you can dig this selection of Woody Allen pieces. Today is Woody’s 80th birthday and I also contributed a short essay about the 6 months I spent working in Woody’s storage closet:

Woody still worked out of the Manhattan Film Center, his screening room and editing suite. The theater was comfortable and somber, the walls covered with an inviting soft forest-green flocked velvet. Woody had prints of current movies delivered to the center. On the weekends, his parents came in with a gang of their friends to watch the latest films. Woody’s father was said to be the real cutup in the family.

Just outside the center was a small storage room where, years earlier, a small workbench had been set up for Morse when she was pregnant. Otherwise it was a storage closet, full of editing supplies and regular office supplies—plus chips, soda, and beer (and the good kinds, too). I was set up in that closet, not quite ready for prime time.

Behind the bench, resting on the shelf next to reels of fill (old 35mm print) and leader (colored strips of film used at the front and tail of each reel), rested a gold mine of unreleased material: the original production of September, a movie Woody shot and then reshot with a new cast (Sam Shepard, part of the original cast, told Esquire in 1988 that Woody and Robert Altman were “pisspoor as actors’ directors”; Michael Keaton’s few weeks of dailies on The Purple Rose of Cairo before he was replaced by Jeff Daniels; and most tempting of them all, outtakes from Annie Hall. Two big reels of them.

What a treasure—tantalizing but unattainable gold. When I closed the door and was alone inside, I never felt so close and yet so far away from such a score; I felt like Woody looking helplessly at Sharon Stone in Stardust Memories. But you can’t “accidentally” borrow a reel of film for the evening. Even if you could sneak it out, which was possible, where would you watch it? Who the hell has a 35mm projector at home?

A definite type of situation.