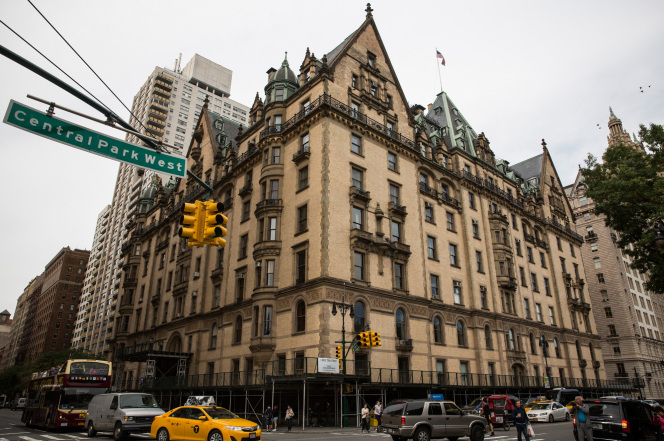 Two days ago marked the 35th anniversary of John Lennon’s murder. Over at Esquire Classic, I curated a post featuring a Esquire cover story on Lennon which appeared in November, 1980. Then, I also interviewed Laurence Shames, who wrote the piece on Lennon:

EC: Where were you when Lennon was shot?
LS: By a truly bizarre coincidence, I was actually on West Seventy-second Street when the shooting occurred, having an after-dinner drink with a friend who lived across the street and a few doors west of the Dakota. We heard the shots. After that my memory gets really hazy. Can’t remember when we learned exactly what had happened. I think I must have been in clinical shock. No memory of walking home or the rest of that night. Really a difficult time.

I was 9 when Lennon was killed and don’t remember where I was. I probably didn’t hear the news until the following morning. I do recall watching the news and seeing the footage of the crowds of people outside of the Dakota and in Central Park–singing and crying. I knew John was a Beatle, of course, but oddly, I thought of him more as an Upper West Sider.

I have no memory of his dying at all. I was only 6. But that summer, after our parents split-up and moving to a new town in June, my first Croton experience was going to the town camp. There, Billy Rider was my counselor. He gave everyone a nickname and mine was Ben-zadrine. I had no idea what it meant, but my cool, long haired counselor gave me the name so it was awesome. He wore a white t-shirt every day that summer, which said Lennon Lives in bold black lettering. I had no idea what that meant either. But I started listening to the Beatles when he explained it to me and haven't really stopped since.

Wonder what kind of guy Lennon would have grown-up to be...

My comment is stuck in moderation, possibly because I didn't spell out Monday Night Football the first time so I'm reposing.

I was 25 when Lennon was shot. He was one of my heroes, so like JFK's assassination, I remember exactly where and what I was doing that night. I was still living in Providence at the time. We were watching the Patriots/Dolphins game on Monday Night Football. Howard Cosell interrupted the game to make the announcement.Like Mr Shames above, I don't remember much after that. Just a great deal of sadness and anger.