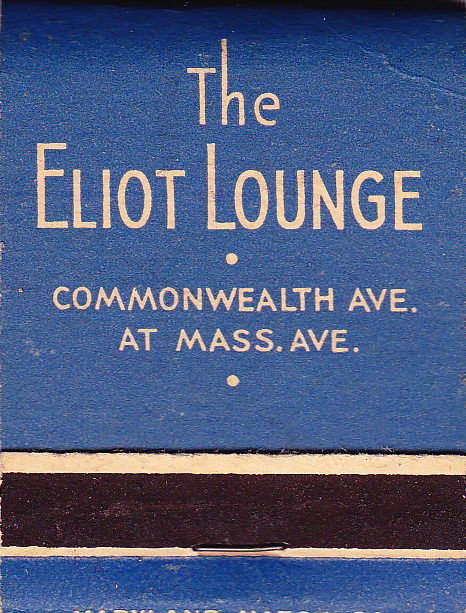 The Boston Phoenix, the once-great alternative newspaper is gone. Over at Grantland, Charlie Pierce remembers the old days:

I mean. Jesus Mary, where do you start with the newspaper at which you grew so much, and learned so much, and came to respect the craft of journalism with a fervor that edged pretty damn close to the religious? What memories have pride of place now? The fact that T.A. Frail, now at Smithsonian, suggested you might just like Dos Passos’s U.S.A. trilogy and it wound up changing your life? The day that Doug Simmons, now at Bloomberg News, snuck up behind you and stuck a pair of earphones on your head, cranked Black Flag’s “Six Pack” up to 11, and taught you that rock and roll had not calcified when you graduated from college? What’s the song that plays when you realize that you’re young when you thought you were growing old? What’s the prayer of thanksgiving for a hundred days of fellowship, drunk on words, all of us, as though there were nothing more beyond the next word, the next sentence, the next paragraph locked into place? Please say that the muse is something beyond the balance sheet, something beyond technology. Tell me that she’s alive the way she once was when you’d feel her on your shoulder as one word slammed into the other, and the story got itself told, and you came to end and realized, with wonderment and awe, that the story existed out beyond you, and that it had chosen you, and you were its vehicle, and the grinning muse had the last laugh after all.

God, it was a carnival. I saw the publisher twice get into punch-ups, once with a staffer and the next time with a janitor. And, in both cases, it was at a Christmas party. We never got paid much, but we did get paid, and we were able to write about what we wanted to write the way we wanted to write it. We were a legitimate institution of Boston eccentricity, and we were proud of the fact that we were recognized for being that very thing. In 1982, when the 76ers beat the Celtics, and the Garden erupted into a chant of “Beat L.A.!,” the great Bob Ryan interviewed Darryl Dawkins and found Michael Gee, then covering the game for us. You have to have this quote, Ryan told him, because we can’t use it. Ryan had asked Dawkins what he felt like when he heard that chant from a Boston crowd.

“Man,” Dawkins said, “when I heard that, my dick got stiff.”

If I recall correctly, that was Gee’s lead.

Hail to the Chief 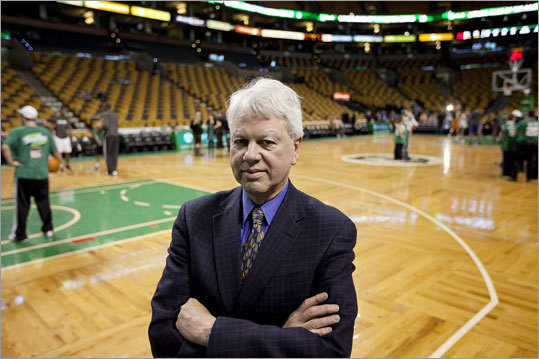 Bob Ryan retired last night. A veteran newspaperman, he distinguished himself covering basketball. Here’s a book he co-wrote with Terry Pluto that is worth reading; here’s another, about minor league baseball that’s solid, too.

Ryan loves baseball–his final column (subscription required) is about Kevin Youkilis. He’s also one of the few TV talking heads who is funny, smart, but doesn’t take himself too seriously.

He’s had a fine career. Salute.

Breaks of the Game

Bad break for the Sox today, as they’ve lost Kevin Youkilis for the rest of the season.

Steve Lombardi thinks the Red Sox might thrive despite the loss because Josh Beckett is back; over at the Boston Globe, however, Bob Ryan says there is no way the Sox can overcome this one:

When I first went to work for the Coen brothers in the fall of 1996, they had already cast Jeff Bridges as “The Dude” for their next movie, “The Big Lebowski.” For the first couple of weeks I was with them, they agonized over who would play “Lebowski.” The trouble was, most of the actors on their wish list were dead: Fredy Gywnne, Raymond Burr, Orson Welles. Ultimately, it came down to two actors, one of whom was British. I thought the Brit was the better choice, but for Joel and Ethan it was important that the actor was American, preferably of the midwest variety.

Thinking back on it, George Steinbrenner would have been an ideal choice. I was reminded of this after reading that Boss George got all choked up in front of a group of stunned reporters after yesterday’s exciting win over the Red Sox. As Lebowski would say, “Strong men also cry.” Veteran New York reporters Bill Madden and Joel Sherman were genuinely surprised at Steinbrenner’s reaction. That is saying something. Jack Curry reports in the Times:

The tears were visible beneath his sunglasses soon after Pride delivered for the second straight game. Steinbrenner depicts himself as a tough guy and a tough owner, a man who has avoided tears after winning some World Series titles. But on this emotional day in an emotional rivalry, when two of his best players wound up at a hospital for X-rays, Steinbrenner turned softer than pudding.

“I’m just proud of the way Mussina pitched,” Steinbrenner said. “You know, I’m getting older. As you get older, you do this more.”

With a security guard behind him looking on in astonishment, Steinbrenner briefly excused himself from the group of reporters that had surrounded him in the press box as the Yankees were loading the bases against the new Red Sox closer, Byung Hyun Kim, with none out in the ninth. Moments later, as jubilation reigned from the 55,000 fans exiting the Stadium and Sinatra was kicking into “New York, New York,” Steinbrenner came back, still teary-eyed, only this time with a tone of defiance to his voice.

“Did you think Martinez was deliberately throwing at your guys?” he was asked.

“I have no idea what’s going on in his head,” Steinbrenner said, “except that it didn’t look too good to me. Two hitters? One of whom, Soriano, is on his way to the All-Star Game. … If he did deliver a message, he delivered the wrong — message!”

Naturally, the Sox left town vexed that they couldn’t win the series. Bob Ryan has a terrific summary of the game in the Globe this morning:

…Of course the Yankees found a way to win by a 2-1 score, and when it was over Niagara Falls took up residence on Steinbrenner’s face. The Boss bawled some serious tears of joy. Seriously. He was really crying. When it comes to this rivalry, there is never any need to make things up. Fact has been kicking Fiction’s butt now for nigh onto nine decades.

Ryan points out how the Red Sox wasted a great opportunity to take the series with Martinez pitching and the Yankees fielding their B (or C?) team.

The journalistic temptation is to get melodramatic when discussing the ceaseless Red Sox fan frustration against the Yankees, but how can you not when you see games like this? Losing this game, and falling back to the same situation the team was in when it arrived here in the wee smalls Friday (i.e. four games behind), on a day when they were playing the junior varsity and your team was suiting up the full varsity is, what? Galling? Humiliating? Exasperating? Oh, God forbid, and worst of all, predictable? Was there a seasoned Red Sox fan out there who didn’t know with 1 trillion percent certainty in his or her heart of hearts that as soon as Giambi’s single tied the game off Martinez that this game was a lost cause and more than likely would end in some messy fashion?

What did we have in the ninth? We had two singles on two-strike pitches, a hit batsman to load the bases with none out, and a botched grounder that had inning-ending 4-2-3 written all over it.

And then we had George opening up the facial faucet.

When the subject matter is the Red Sox and their ongoing battle to slay the big, bad dragon from the Bronx, no mere sportswriter is equal to the task. But Homer is dead, and we are all you’ve got.

Weep on, George. History remains on your side.