Three weeks ago, with the Knicks floundering amid the Giants’ Super Bowl victory, the anticipation of Yankees’ arrival in Tampa for the start of Spring Training would have been met with great anticipation and fervor. Jeremy Lin changed that. The Knicks are relevant. Madison Square Garden is buzzing. Baseball is on the back burner, save for those of us who follow the sport more closely than the winter sports. 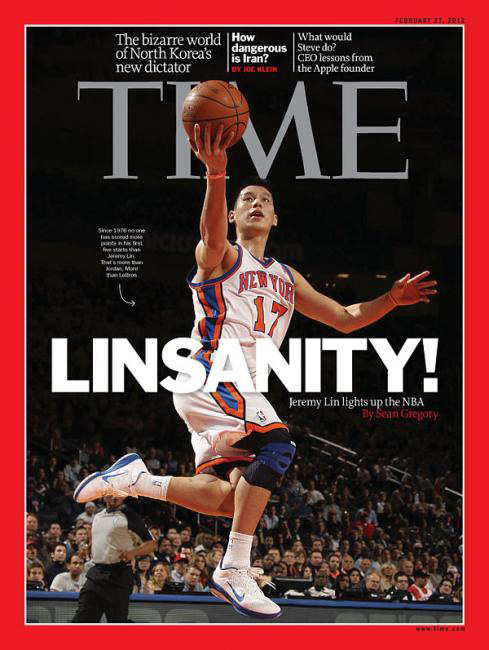 From a newsmaking perspective, it was a relatively quiet winter for the Yankees. They took care of the CC Sabathia contract early; Jorge Posada’s retirement marked the next phase of the end of the Core Four; the pursuit of CJ Wilson wasn’t as aggressive as the pursuit of Cliff Lee a year ago, so it wasn’t as much of a shock or a perceived loss when the Orange County Angels signed him. The Yankees did make the backpages — in baseball-related news, anyway — by trading Jesus Montero and Hector Noesi to the Seattle Mariners for Michael Pineda. Shortly thereafter they signed Hiroki Kuroda. The respective deals left no doubt that Allan James Burnett’s time as a Yankee was limited.

And so it was that the Yankees ended the Burnett Era on Friday by paying the Pittsburgh Pirates $20 million to take him off their hands in exchange for two minor leaguers. Burnett can now put the “Pie” in Pirate.

The timing of the Burnett trade was similar to the one that sent Alfonso Soriano to the Texas Rangers in exchange for Alex Rodriguez eight years ago, although to be sure it is not nearly as significant a deal, and it won’t cause anywhere near the circus that A-Rod did. Jettisoning Burnett is more of a simple “addition by subtraction” move. There were many who viewed getting rid of Alfonso Soriano similarly (considering what he has become, and how that move indirectly pave the way for Robinson Cano’s emergence, maybe the folks with that view were correct).

Monday’s signing of Raul Ibanez assures they have a left-handed hitting DH who can also play a little outfield to spell either Brett Gardner or Nick Swisher. It also marks a homecoming for Ibanez, a native New Yorker. Look for many of those stories over the next six weeks, particularly as the Yankees prepare to break camp.

Other than the typical puff pieces — how does the pitching staff shape up, particularly now with three arms under the age of 30; how is the respective health of the aging left side of the infield; who is the 25th man, etc. — it figures to be a quiet Spring. That was until Mariano Rivera revealed that 2012 would be his final season.

Even with the buzz Mo’s statement caused both locally and nationally, it won’t cause nearly the level of craziness that David Wells’ book, Jason Giambi and Gary Sheffield’s respective roles in the BALCO scandal, a certain trip to Japan, or the afterglow of a World Series championship did. And that’s fine by the Yankees. It leaves more time and room for Jeremy Lin and the Knicks to own the spotlight. 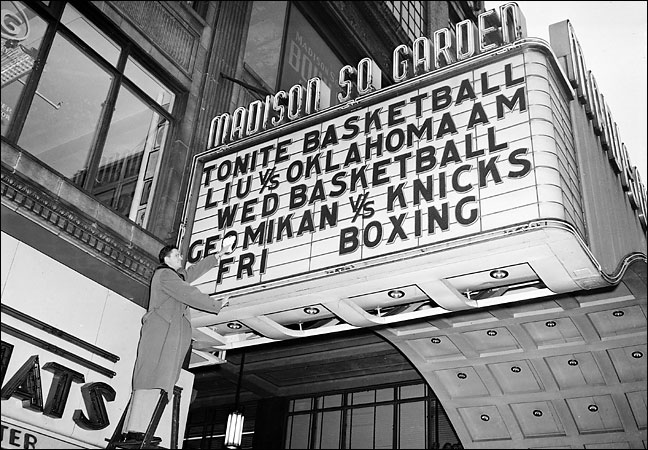 Knicks are back home at the Garden tonight.

Here’s what I hear on the street on the subway and in my office: talk of Jeremy Lin and the Knicks.

No question the bandwagon is filling up. I’m a bandwagon Knicks fan. First jumped aboard in ’83-’84 when Bernard had that great playoff run. Then a few years later when Pitino coached the team. I rode the highs and lows of the Riley-Van Gundy Era with great passion. I’ve never stopped watching the Knicks but I stopped caring about them or watching them with any kind of devotion.

Now, I’m on the bandwagon again because a New York winter is better when the Knicks matter and the Garden is thumping.  And it’s fun to hear people who don’t care about basketball talking about Lin. 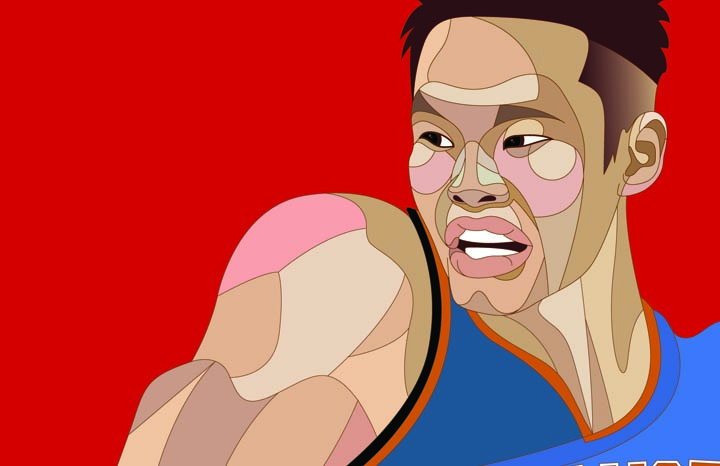 Jeremy Lin got banged around tonight, had eight turnovers, and then calmly drained a three pointer to win the game.

I yelled so loudly that I scared the wife. Still giddy. 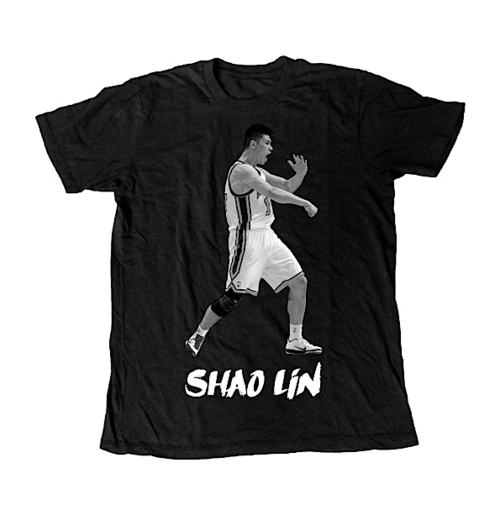 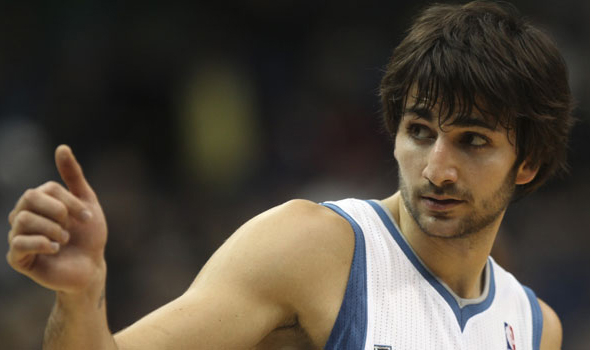 [You can order the Shao Lin t-shirt at shop.akufuncture.com]

What Your Life Can Truly Be 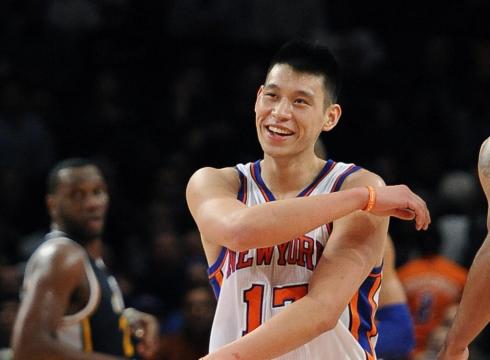 Consider me skeptical of Jeremy Lin’s shooting star. A practice squad player turned Garden hero after two impressive performances, Lin makes for a nice story, but I’m not sold on him yet. That said, check out this informative article on Lin by Kevin Clark in the Wall Street Journal:

Conventional wisdom pegs Lin’s recent success as inexplicable. He was undrafted, has been released by two other teams, is rail skinny and before this week, he’d been considered a novelty who many assumed survived with only a Harvard-educated basketball I.Q. But here’s the unusual twist in Lin’s story: His success has little to do with smarts. He is, according to players, virtually unguardable.

Those who have defended him say that Lin has an extremely rare arsenal of moves—the byproduct of posture, bent knees and peculiar fundamentals. And while being a dribbling expert sounds as exciting as being a chef who specializes in porridge, Lin has made it a devastating art. Knicks guard Iman Shumpert, who first guarded Lin during lockout exhibition games and now does in practice, said his possessions play out like this: When he’s close to the basket, he starts an “in-and-out” dribble with his knees bent and his arm straight forward, creating the idea he can go inside or outside—and he does both. All of this is combined with what Jerome Jordan calls a “lethal first step.” Lin is, in short, the NBA’s undetectable star.

“He’s got these moves—he’s so fast and he’s not playing high, he’s playing so low that he’s attacking your knees with this dribble. It’s in a place where as soon as you make a move he just blows past you,” Shumpert said. “To be that low, to have it that far out with your arms, it’s pretty rare. I’ve never seen it.”

Let’s see how he does on the road tonight.