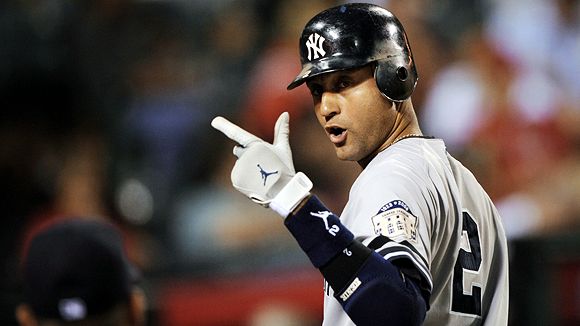 Over at SI.com, Joe Sheehan offers this appreciation of Derek Jeter. And while you are there check out Cliff’s 10 worst contracts in baseball history. 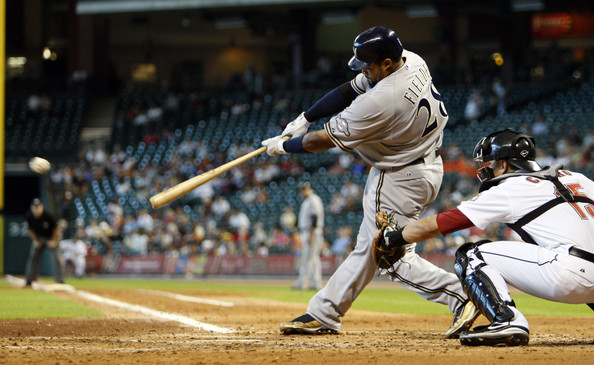 Over at SI.com, Joe Sheehan writes that the Texas Rangers are the ideal spot for one Prince Fielder:

The Rangers have a hard team to improve. They’re set at just about every position, and in many spots, for years to come. Three of their four infielders — plus DH/UT Michael Young — are under team control through at least 2013. Nelson Cruz and Cuban import Leonys Martin, 2/3 of the outfield, are locked in through then as well. The team’s projected 2012 starting rotation includes just one pitcher, Colby Lewis, who can leave before 2015. Only catcher Mike Napoli and outfielder Josh Hamilton can become free agents after 2012, and the team has shown interest in locking up both players beyond that. While the Rangers would like to add a top-tier starting pitcher, they seem to be looking to do that in trade market rather than trying to sign Edwin Jackson, who–despite my case for him–isn’t seen as front-of-the-rotation material. The Rangers also have a good farm system that is particularly deep in pitching backing up the major league roster.

At first base, though, the team has Mitch Moreland splitting time with the veteran Young. Young is primarily a DH now, and his inexperience at first was a key part of the Rangers’ Game 6 loss in the World Series. Moreland is 26 and in a bit over a season’s worth of games has hit .258/.331/.427 in the majors, basically league-average performance. He recently underwent surgery on his right wrist that may limit his performance or availability at the start of 2012. Healthy, Moreland may be an average first baseman; he will never hit in the middle of the order for this team. He’s not someone who blocks Prince Fielder, who would make the Rangers three wins a year better, at minimum, over the next few years.

Meanwhile, the wait for Yu Darvish is on.

Jose Bautista is not clean-cut or especially likable. He’s got an attitude, he wears a black hat, and man does he wear it well. Good for him. Not every star should be polished or cute.

Over at SI.com, Joe Sheehan explains why Bautista is anything but a one-year wonder:

Bautista isn’t Bonds. He’s Joe Hardy. He’s Roy Hobbs. He’s come out of, if not nowhere, a shadowy past we don’t completely understand — “the Pirates,” as they’re known — to do something completely unprecedented in baseball history. Players have made leaps before, as the great sluggers of the 1990s did. Players have come into the league and played at Bautista’s level, as Thomas and Albert Pujols did. Players have even had one completely insane season, like Bautista’s 2010, then regressed to a lower level of performance.
For someone to be a non-entity through six seasons and 2,000 plate appearances, then become the most dangerous hitter in baseball? We have no precedent for that, which is why I spent the winter — from November in Phoenix to March in print — insisting that he couldn’t repeat his ’10 season. This is watching Babe Ruth throw a shutout in 1918 and knowing he’d become the all-time leading home-run hitter, or watching the Boston Braves get swept in a July 4 doubleheader and seeing the 1914 world championship team forming. Jose Bautista couldn’t have gotten arrested two years ago, and now he’s the biggest story in baseball. Forget analysis, breakdowns, your favorite team, your fantasy team, who said what about whom back in January. When Jose Bautista comes to the plate, people stop and they watch. He’s making the 2011 season for baseball fans.

The latest from Joe Sheehan:

[Derek Jeter is] just like hundreds of late-thirties baseball players who have lost the fraction of a second of reaction time or bat speed or both that represent the difference between being a major leaguer and being a minor leaguer. I cannot emphasize enough just how small a difference we’re talking about here. The difference between being good enough and not isn’t heart or desire or dedication or work ethic, although those things can close the gap. The difference is biology, physiology, musculature. It’s these tiny edges one guy has on another, and the edges don’t last forever. Almost every player crosses the line at some point. It is quite possible that Jeter has done so, moving in microscopic increments over the past three years, and is no longer on the right side of it.

Like any competitor he’s fighting the process, working extensively on mechanical changes this spring that would serve to cancel the lost microseconds, then discarding them before tax day when the results weren’t there. Leave aside the visuals and look at the output. The “toe-tap” approach Kevin Long looked to instill only seemed to exacerbate Jeter’s inability to get the ball in the air. A season after he hit nearly two of every three balls in play on the ground, he’s hit four of every five on the ground to kick off 2011. You can count the line drives he’s hit on one hand and the fly balls he’s hit on the other. Two years ago, Jeter went through a similar process to sustain his defense, working on his flexibility to improve his range. That change took, at least for a season, but this one appears, in the early going, to be moot.

There’s an assumption that the Yankees will use prospect Jesus Montero to acquire someone to fill the Lee-sized hole they see at the front of the rotation. They traded Montero once, remember, agreeing to a deal with Seattle for Lee himself back in July before the Mariners decided to trade him to the Rangers instead. The idea that the Yankees will use Montero, who compares to Mike Piazza both offensively and defensively, to get Zack Greinke has been in play for some time, but it’s not a particularly good fit. Greinke is a very good pitcher, but he’s signed through just 2012. If the Yankees are determined to trade Montero, who is one of the top five prospects in baseball, they should target less-obvious candidates who can contribute for more than 70 starts — even if it seems like these pitchers will, or should, be untouchable.

View to a Kill

Over at SI.com, Joe Sheehan offers up a savvy GM’s guide to free agency:

There aren’t many bargains in this year’s market; De La Rosa could be the best. The 29-year-old hits the market off a disappointing season by traditional metrics: 8-7, 4.22 ERA, just 121 2/3 innings in 20 starts after missing two months with a finger injury. Look deeper and you see a lefty who strikes out eight men per game, whose arm hasn’t been damaged by overuse and who has been coming into his own since the Rockies picked him up in 2008. De La Rosa has become a groundball/strikeout pitcher in his late twenties, peaking last year as more than half the balls in play off him were put on the ground. His ERA was higher than it should have been due to a fluky-high 15.8 percent HR/FB rate, against a career mark of around 11 percent De La Rosa is 2 1/2 years younger than Cliff Lee, doesn’t have Lee’s back problems and will provide at least 80 percent of the value for maybe 20 percent of the cost. You could blow out the field by offering three years at $8 million each and get the best deal of the offseason, something teams such as the Twins, Tigers and Brewers should be eager to do.

And this, from Mark Feinsand and Peter Botte in the News:

According to a source, the Yankees have expressed interest in lefthander Jorge de la Rosa, considered by many to be one of the top free-agent pitchers available after Lee.

De la Rosa, who turns 30 in April, went 8-7 with a 4.22 ERA with the Rockies last season, although he pitched well during the second half, allowing three earned runs or less in 13 of is final 14 starts.

Check out our old pal Joe Sheehan on the Triple Crown:

“Triple Crown” is one of those phrases that has an tinge of antiquity to it, like the word “mitt” or referring to “base ball” or the mythical creature called the “doubleheader”. Leading the league in the traditional “big three” categories of batting average, home runs and RBI just isn’t done any longer. No baseball fan under 50 has a memory of seeing a Triple Crown, the last being achieved by Carl Yastrzemski in 1967. For three players — Joey Votto, Albert Pujols and Carlos Gonzalez — to be making a run at the Crown is highly unusual.

To some, the lack of Triple Crown winners in modern baseball is, like the lack of complete games or the decline in contact hitting, a sign that today’s players lack skills that their forefathers did. As with those issues and a host of others, the reasons have more to do with evolution and math than they do any change in the character of baseball players. It’s harder to lead the league in three categories now because it’s harder to lead the league in any one category now. The baseball Triple Crown went from an achievement that happened now and again to a rarity the minute baseball expanded past eight teams per league. The table at right shows the relationship of league size to Triple Crown winners.

Over at SI.com, Joe Sheehan thinks the Angels did a great job getting Dan Haren:

Striking out of the blue, Angels GM Tony Reagins completed a trade that not only makes his team better over the next 10 weeks, but better over the next three seasons. By acquiring Dan Haren from the Diamondbacks without giving up any top prospects, Reagins set a high bar for his fellow GMs in the runup to the trade deadline, buying low on one of the game’s top starting pitchers.

…Based on their underlying skills, Haren should allow about 20-23 fewer runs down the stretch than Saunders would have, while also taking a handful of innings away from the bullpen. At the standard estimate of 10 runs gained or saved equalling one win, he makes the Angels two wins better. Essentially, this trade matches what the Rangers did in adding Cliff Lee; and in a race that could well be decided on the season’s final weekend, adding two to three wins is a huge improvement.

The Yanks are still in the market for bullpen help as well as a hitter to come off the bench.