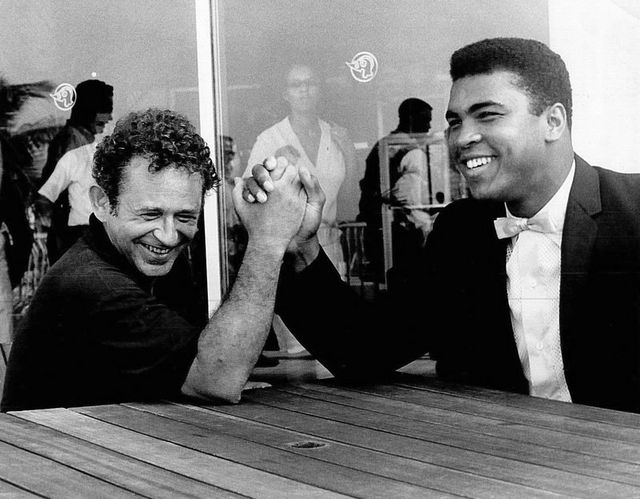 The Faith of Graffiti 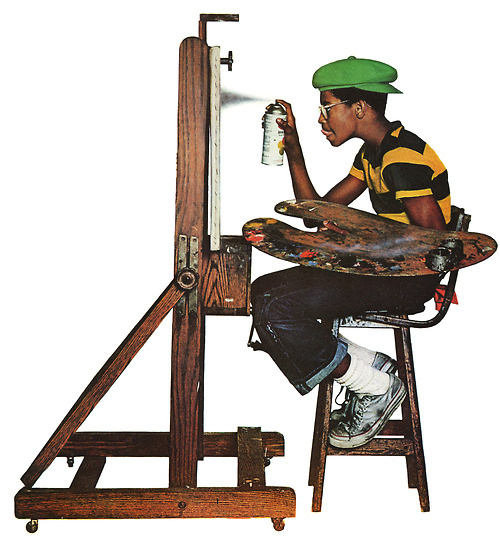 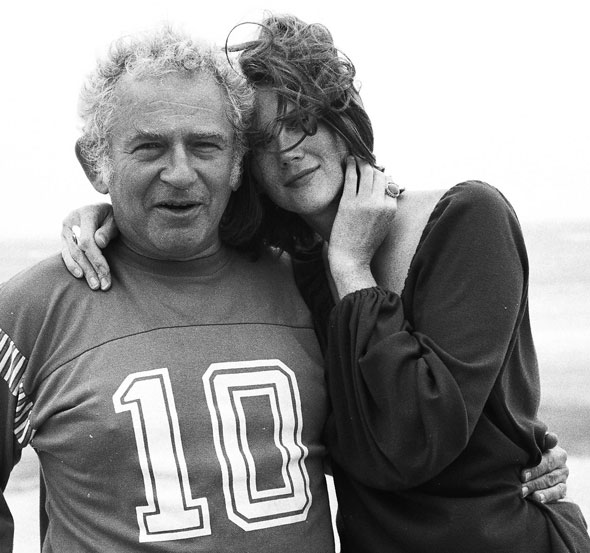 I became acquainted with Norman Mailer in the last 10 or 15 years of his life, at a time when he was, shall we say, mellower than he’d been. By this time he’d been married six times and was at this point married to Norris Church—as you all know Norris was one of the most beautiful women … And her physical beauty was matched by an inner, spiritual beauty—she was really quite extraordinary.

I knew them, if not well, as a couple. The first time I’d met Norman was at an event at Lincoln Center—I think it was a fundraiser for a literacy organization. Norman was the MC. And I was one of a number of writers who were giving readings. When I came out on stage, Norman was gracious and shook my hand and introduced me by saying, “Joyce Carol Oates has written this remarkable book On Boxing.” He let that sink in to the audience, then added, “It’s so good I’d almost thought that I had written it myself.” And there were waves of good-natured laughter from the audience and Norman seemed just slightly puzzled, like—Why is that funny?

Norman had meant his remark as the highest praise. In speaking of Norman Mailer we’re speaking of the male ego raised to the very highest, without which we wouldn’t have civilization, I’m sure. 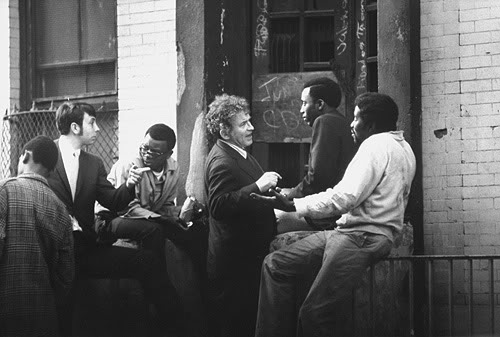 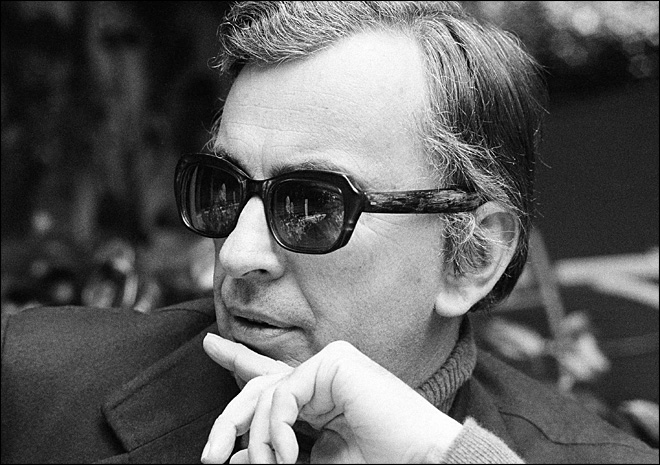 “I’m exactly as I appear,” Vidal once said of himself. “There is no warm, lovable person inside. Beneath my cold exterior, once you break the ice, you find cold water.”

Here’s an excerpt from his memoir about the Fifties.

Now this is unfair of me, because the clip is really about Mailer, but this is what I always think of when I think of Vidal:

You're Out of Order

Here’s a 1969 piece by Jimmy Breslin from New York Magazine:

“I know, they spoke to me. But I have to clean up some business first. I think we could make a great team. Now here’s what I’m doing. I’m going to Provincetown for a week to think this over. Maybe we can get together for a night before I go. Then when I come back, we can make up our minds.”

So two nights later there were about 40 people in the top floor of Mailer’s house in Brooklyn Heights. They were talking about the terrible condition the city was in, and of the incredible group of candidates the Democrats had in the mayoralty primary, which is on June 17. Norman Mailer began to talk about the right and the left mixing their flames together and forming a great coalition of orange flame with a hot center and I looked out the window at the harbor, down at a brightly lit freighter sitting in the black water under the window, and I was uneasy about Mailer’s political theories. I was uncertain of the vibrations. Then I turned around and said something about there being nine candidates for mayor and if New York tradition was upheld, the one who got in front in the race would be indicted. When I saw Norman Mailer laughing at what I said. I decided that he was very smart at politics. When I saw the others laugh, I felt my nerves purring.

Then he began to talk casually, as if everybody knew it and had been discussing it for weeks, about there being no such thing as integration and that the only way things could improve would be with a black community governing itself. “We need a black mayor,” Mailer said. “I’ll be the white mayor and they have to elect a black mayor for themselves. Just give them the money and the power and let them run themselves. We have no right to talk to these people anymore. We lost that a long time ago. They don’t want us. The only thing white people have done for the blacks is betray them.”

There hasn’t been a person with the ability to say this in my time in this city. I began to think a little harder about the prospects of Mailer and me running the city.

Over at NYRB, Larry McMurty reviews a trio of new books on Marilyn Monroe:

In film Marilyn’s talent shows most strongly in Gentlemen Prefer Blondes, How to Marry a Millionaire, Some Like It Hot, Bus Stop, and The Misfits. The director Billy Wilder quarreled with her on Some Like It Hot—but Wilder was no dummy and had this to say about her: “I think she was the best light comedienne we have in films today, and anyone will tell you that the toughest of acting styles is light comedy.”

She was almost always photographed smiling, her lips slightly parted, her skin aglow with an aura all its own, and yet there was usually a curl of sadness in her smile: sadness that just managed to fight through; sadness that was always considerable and sometimes intense.

In a review of “Marilyn,” by Norman Mailer, Pauline Kael wrote:

Monroe used her lack of an actress’s skills to amuse the public. She had the wit or crassness or desperation to turn cheesecake into acting–and vice versa; she did what others had the “good taste” not to do, like Mailer, who puts in what other writers have been educated to leave out. She would bat her Bambi eyelashes, lick her messy suggestive open mouth, wiggle that pert and tempting bottom, and use her hushed voice to caress us with dizzying innuendos.

…Her mixture of wide-eyed wonder and cuddly drugged sexiness seemed to get to just about every male; she turned on even homosexual men. And women couldn’t take her seriously enough to be indignant; she was funny and impulsive in a way that made people feel protective. She was a little knocked out; her face looked as if, when nobody was paying attention to her, it would go utterly slack–as if she died between wolf calls.

She seemed to have become a camp siren out of confusion and ineptitude; her comedy was self-satire, and apologetic–conscious parody that had begun unconsciously…The mystique of Monroe–which accounts for the book Marilyn–is that she became spiritual as she fell apart. But as an actress she had no way of expressing what was deeper in her except moodiness and weakness. When she was “sensitive” she was drab.