SHADOW GAMES: The Other Side 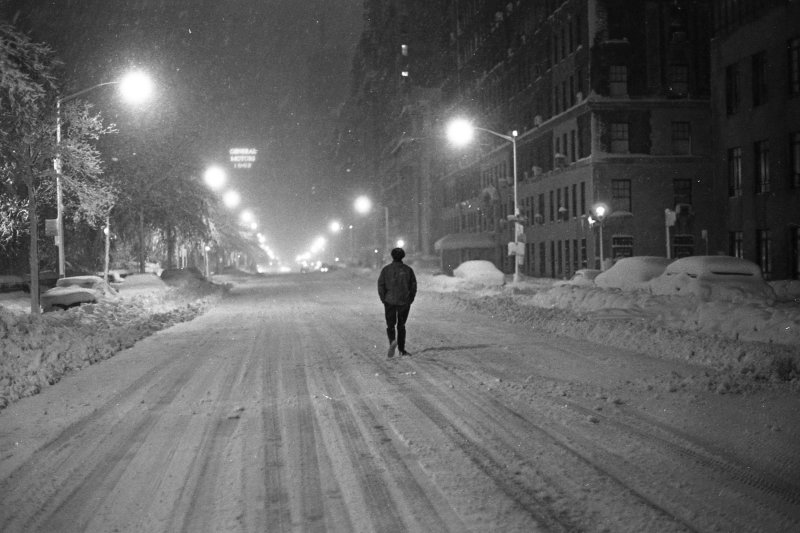 I found myself waiting for the 2 train at Chambers Street last night. My Yankees cap was pulled low and I was reading a newspaper filled with everything about CC Sabathia and A.J. Burnett.

The pictures of them smiling in their new uniforms made me think about baseball in the summertime. I saw fastballs and sliders and curveballs and changeups coming from the left and the right.

A train came, but I ignored it and kept reading. Then another train came and another and another. I let them all pass and dug deeper into the newspaper.

“Why don’t you go home and read where it’s warm?” I finally asked myself.

“Because I’ve got no place go,” said the voice next to me.

Robbie Sanchez used to have a job like mine and an apartment like mine and a life like mine. He had a dozen Derek Jeter T-shirts and shared a season-ticket package with some friends. Depression used to set in when the Yankees lost, but he always slept it off in a warm bed.

These days he stays warm by moving.

“I’ll hang around here until someone throws me out,” Sanchez said. “Then I’ll head to Penn Station because there’s a guy at one of the food stands who gives out coffee on cold nights.

“I’m just between lives right now,” he continued. “The key is to hold on until you make it to the other side.”

The Yankees strengthen his grip.

“Baseball lifts my spirits,” Sanchez said. “Things don’t seem as bad when you’ve got something to look forward to. The Yankees didn’t make the playoffs last year so they’re doing something about it. CC and A.J. will get the job done and I’ve got to do the same.”

“Let’s go to Penn Station and get some coffee,” I said.

“Sure,” Sanchez said. “Are you done with that newspaper?”

That could be me if I missed just a couple of paychecks. It is interesting how baseball - especially in New York - touches so many people. I love how baseball is on the backpage of the paper even in the middle of football season. I hope Robbie runs into you again Todd - you are a good person. Hopefully 2009 will be a better year for all of us - and the Yankees too.

[1] I agree with everything you have there.

I find myself looking forward to these stories. Keep them coming.

It's bad to know we'll be seeing more and more people like Robbie soon enough. I'm worried, too. Hang in there, everybody...

I'm not inclined to make a judgment either way right now, but it's tough not to think of the money involved in those contracts after reading this.

Acts of kindness are truly commendable, but some kind of safety net for those who are down on their luck (be it through public or private auspices) wouldn't be a terrible thing, especially in times like these.

Incredibly powerful post. Pitchers & catchers/14Feb in how many days?

[2] yeah man, Todd's posts are an important part of my day! i know there are holidays coming up quick, but i hope he finds some time to share a great story with us! i'm not a great reader and i love the fact that Shadow Games posts aren't very lengthy...

it's weird timing for me on this story. about a week or two ago, i made an "executive decision" and i think i'm gonna go buy me a house! it's time...

[8] hey man, good timing! breakfast here now..congrats on the purchase if it goes through, buyers market now in the US right? but you staying down in Dixiet?!?!

Agree about Todd's posts, and the Banter in general now has a great balance between all the contributors. Thanks everyone!

[9] i'm actually on my way out the door! i have a jazz trio gig tonight. our bass player can't make it, so we have a B3 guy filling tonight and tuesday night. he's awesome, so i'm pretty psyched! i'm bringing him a Big John Patton cd to check out!!! is it easier to find some of his BN releases in the far east? hard to come by 'round these parts...

yeah man, the economy is great for a home right now. i hope to get an excellent interest rate! yup, not only am i staying in dixie, but i hope to find a place right here in my neighborhood. it's one of the best areas in all of atlanta. hopefully this works out!