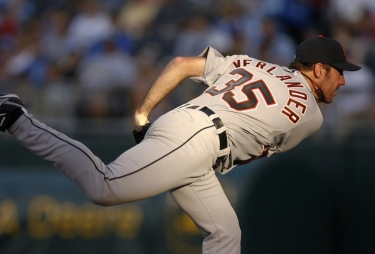 Justin Verlander is the AL MVP.

No real surprise, here. The two candidates from Boston were sunk when their team choked away a playoff spot; Curtis Granderson didn’t have the numbers to overwhelm the field, and the same goes for Miguel Cabrera; Jose Bautista was the best player in the league but an unpopular pick with many writers because his team wasn’t in the playoff hunt, which left Verlander. It was a pick-’em vote and it went to the pitcher.

No problem with the selection.

ggod for verlander - he had a tremendous season.
i wish bautista would have gotten more props though.

i agree w/ the top six. might quibble here or there, but a pretty good job this year.

I felt Ellsbury or Batista were more deserving than Verlander.