Oh, You’re a Good One 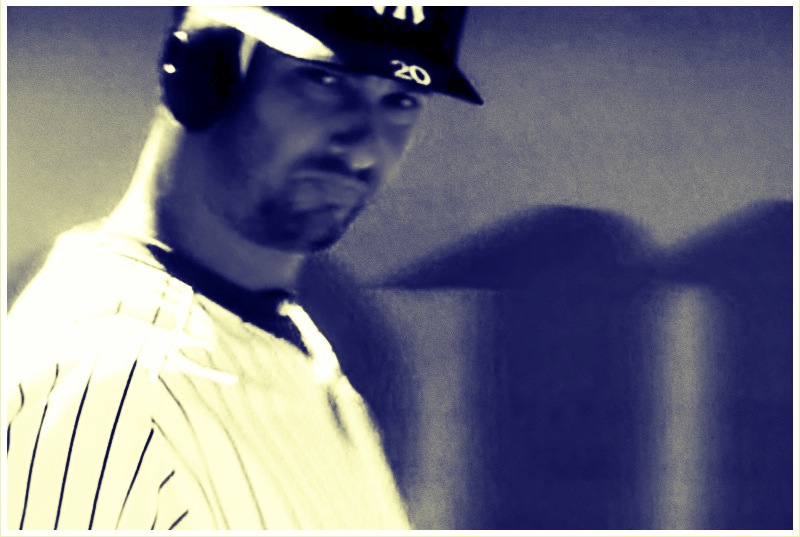 According to a report by our pal Sweeny Murti, Jorge Posada will announce his retirement in a few weeks. 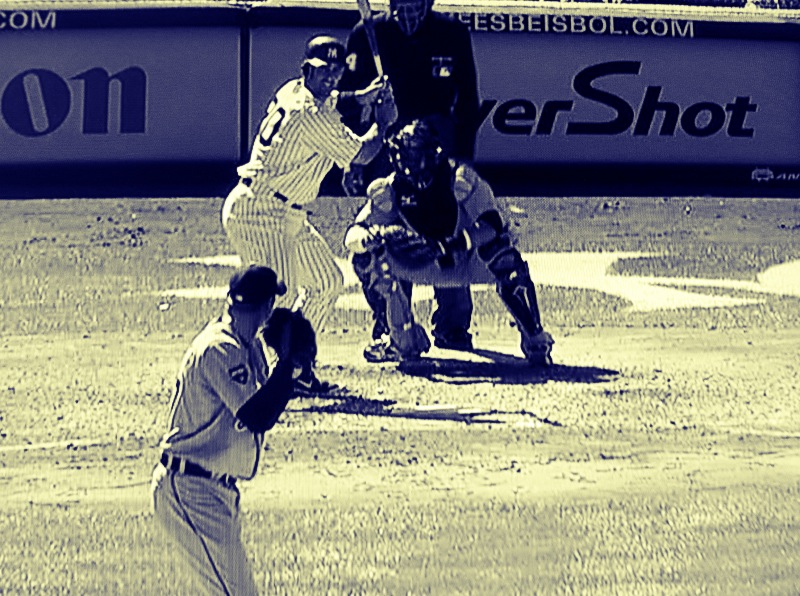 The old bastard will be missed. 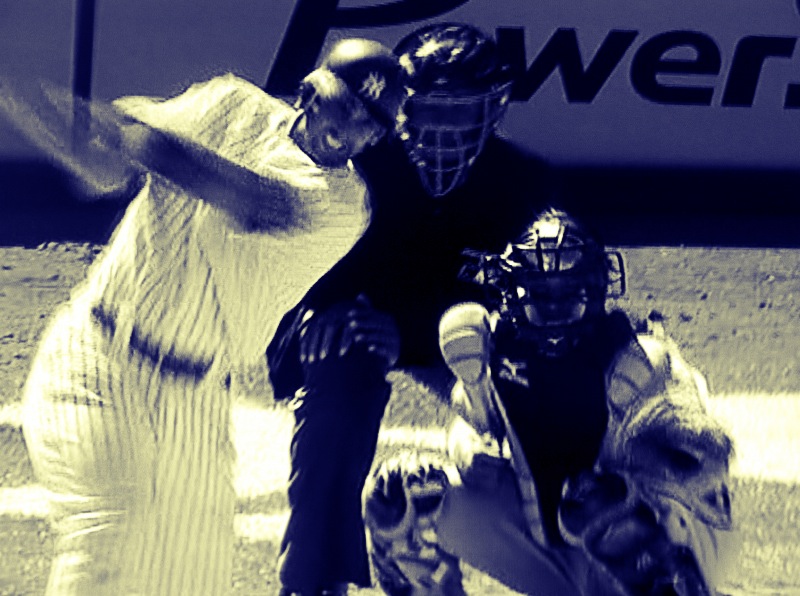 He was one great Yankee. 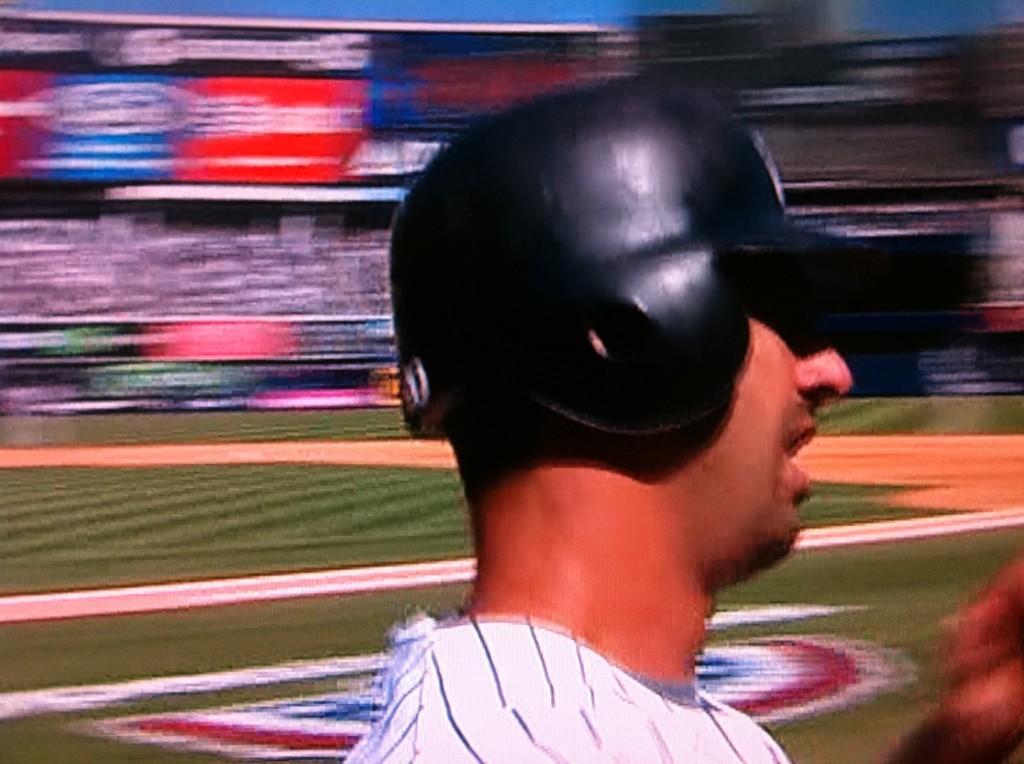 i'll miss him. but i'm glad he's not going to do the "one year on a random team to prove to himself he's really done" thing

I agree, man. This makes it nice and neat.

expected but bittersweet, thanks Jorgie.

along with Bernie and Mo he's in my "all-time favorite" group.

Favorite moments: 1. The Pedro Double, and 2. a kinda random one - a Walk-Off he hit against Baltimore early in the 2000 season on a Friday night, Jorge had gotten off to a bit of a slow start and you had heard rumblings that he couldn't "handle" being the everyday catcher. Well that changed in a hurry.

as for the Hall of Fame, my gut says probably JUST short. But I could see Jeter and Rivera (and Torre, for that matter) lobbying for him HARD once they're in. Veteran's Committee or something down the road.

here's the game story from that 2000 game, yes it was as nuts as I remember it being

thanks for everything, jorgie!!!

he was a great yankee.

Yeah, I'd hate to see him in a different uniform. Maybe not a HoF, but at least a plaque in the monuments.

3 years ago, when the Yanks were in town playing the Braves, i went over to Jorgie who was sitting in the bullpen, near my seats. I said hello and thanked him for everything. he was very cool.

i hope those that have under appreciated him through the years, will have a new perspective and change their tune about how important he was to our team, in so many ways.

i'm sure jorge, jr. will be happy to have his dad around a lot more!

Checking in from sunny Arizona!
I just had to post on this one to say goodbye.

Quick question: Was Posada on the 1996 World Series roster?

look out for: Nimbus Red Ale. it's fantastic, esp if you can find a cold pint; draft is definitely better than the bottle. their brown ale is good, too. if not, please have an Alaskan Amber Ale for me! i'd miss it more, but the Full Sail Amber (and Pale) are close.

what a wonderful career Jorgie had!

[10] Baseball reference shows no postseason plate appearances for Jorge in 1996. If he was on the roster, it was strictly as a bench warmer.

Always liked Jorge. I can't imagine he strays too far from the Yankees' front office.

:(
Posada one of the few Yankees older than I am (along with Mo and..umm...) Going to miss the guy. His awesome bat and great eye, incredible base-running "skills" and general red-assity. We love you Jorge, next stop HOF!

[15] Yeah, me too. Mo is the last current Yankee player who was born in a decade I didn't live in. On the other end of the spectrum, nobody from the good ol' 90's has made it to the 40-man roster yet (the closest being Montero, November 28 (same as my housemate), 1989! In fact, weird coincidence folks, Jesus and Mo are one day short of being exactly 20 years apart in age.

Jorge should definitely have an honored place in the organization, provided that they treat him with the respect of someone who has given more than half his life to helping them win it all at least four times in his tenure. That's quite an accomplishment for even a certified HoFer, never mind someone on the fringe as he is. I just hope he wants to and has a passion for coaching/instructing/whatever for the Yanks. As I said before on William's post, what a world we've grown up into.

A big hole in our Yankee soul.

It is profoundly sad to see him retire. Is it our selfish nostalgia?

We cursed his base-running and baseball savvy lately. Shame on us.

[18] Very true... we Yankee fans are 'what have you done for us lately'... like in your last 20 AB. But I think any 'scorn' that Posada, and Jeter too, has gotten due to their latter year's performance, is just our immediate desire to see the Yankees Win NOW!

I don't think he will make the HOF simply because most baseball purists see Catcher as a defense first position. Dickey was pretty good with the glove (so I've heard), Yogi turned out to be at least average, and Munson was above average in the non-offensive categories.

There is no doubt that he made a tremndous contribution to the Yankee's winning efforts over the last decade+. However, his defense (and MY GOD!... the baserunning!!!) of the last 2 or 3 years has probably soured his chances for the HOF a lot. I think if he was 'just' slighty worst then average on defense, he gets in.