Return of the Boom Bap Means Just That

It was only the bottom of the fourth inning and the Yankees were feeling good about themselves. Alex Rodriguez and Robinson Cano and Mark Teixeira helped the team out to a 5-1 lead. Hisanori Takahashi, the long man in the Angels bullpen–a junkballing nibbler–walked Russell Martin to start the inning and then Brett Gardner fouled off a bunch of pitches before hitting a single to center field. Derek Jeter took the first three pitches, all balls. Then he snuck a look over at someone in the Yankee dugout. 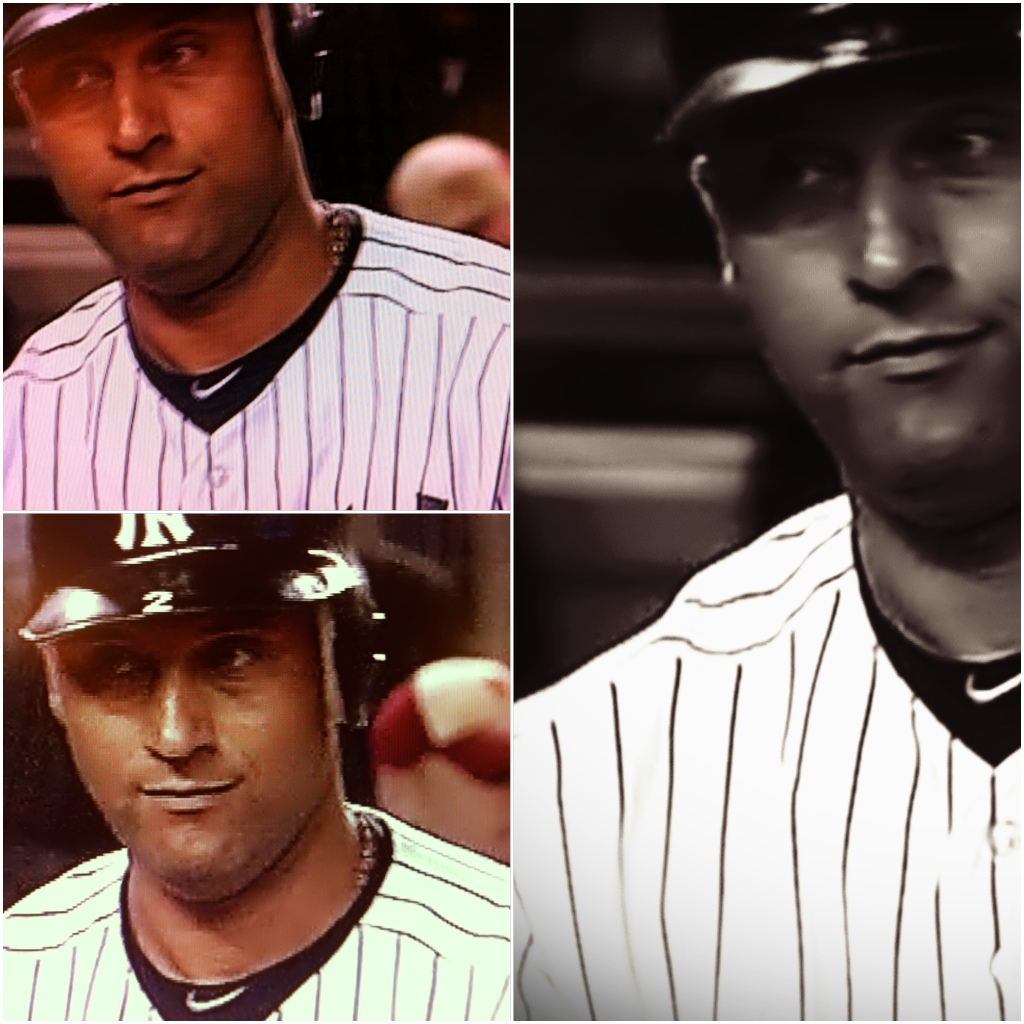 I figured the look, the hint of a smile, meant he was going to swing, 3-0 if he got a meatball. Sure enough Takahashi laid one right down the middle. Jeter took a huge swing and almost came out of his shoes. It was a swing to make Reggie proud. The ball was fouled back. Jeter fouled off the next pitch too. Then he smacked one over the fence in right field for a three-run homer.

Ivan Nova gave two back in the fifth and another run in the sixth. Could have been more trouble in the sixth but Rodriguez made a nice play to end the inning. 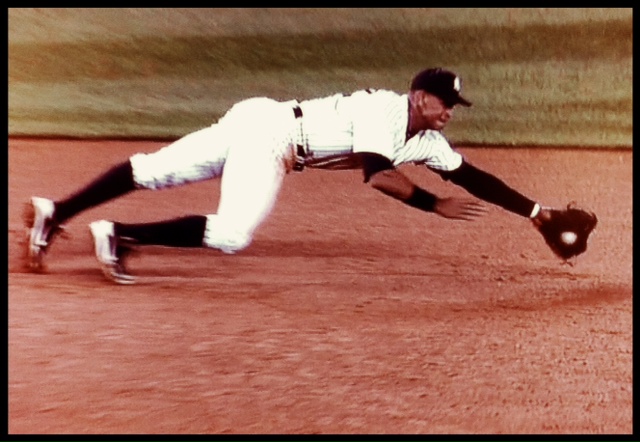 But because this is Sunday Night Baseball things are not meant to be brief or easy. So Rafael Soriano walked the lead-off hitter in the seventh and that man came around to score on a base hit by Albert Pujols. Soriano recorded two outs but left the game with the bases loaded, the Yanks lead cut to 8-5. Fortunately, our nerves were settled when David Robertson got Mark Trumbo to fly out to right field on a 2-2 pitch.

(My mind was calculating: does this set up Mariano vs. Albert?)

A walk and stolen base by Robbie Cano and then a two-out single by Nick Swisher put the Yanks back up by four. Better still, Jason Isringhausen came in and gave up an absolute bomb to Raul Ibanez. 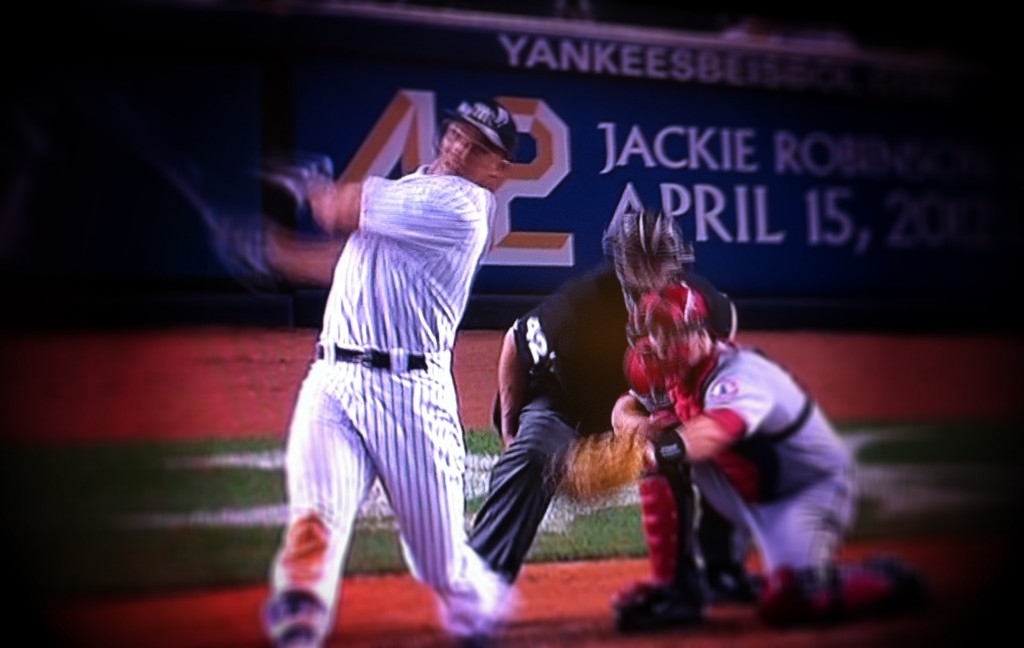 All Tori Hunter could say was: “Wow.” 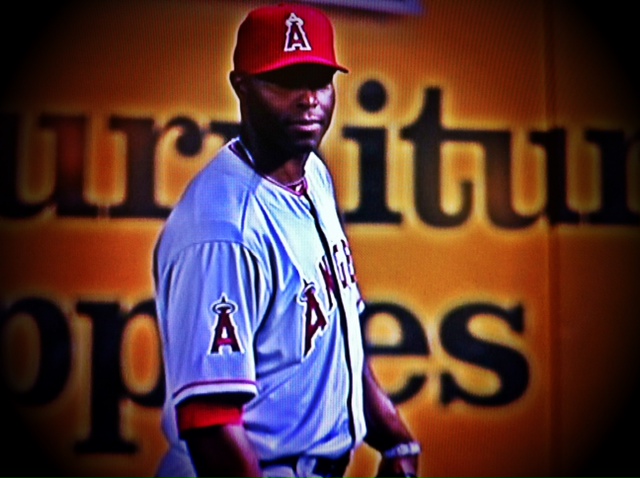 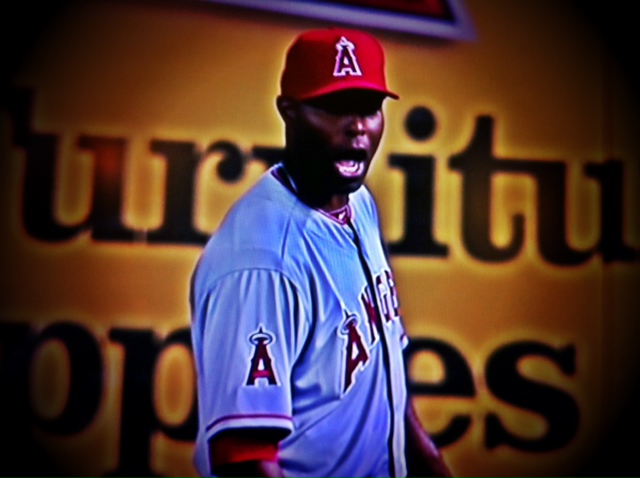 Mariano vs. Albert would have to wait. Tonight, it was Logan vs. Albert and Logan struck him out, go figure that.

A nice way to start the week.

The way the game thread was going on, you'd think we were down by a run in a close game. That had to be the most intense 11-5 win in recent history.

I'm dying ovah heah. I missed the A-Rod play and the Ibañez homer and I can't get a stinkin' replay....yet.

Good thing we got the Hammer, huh?

I won't link to it as it's easy to find if anyone chooses but damn, really awful article from W.Matthews about A-Rod's 630th home run. Why are so many baseball journalists stuck in some misty-eyed past? Shouldn't have spent even 30seconds on that. Really makes me glad for the Banter and other team blogs that avoid such nonsense.

Oughta be a law: Mo has to pitch on Jackie Robinson Day.