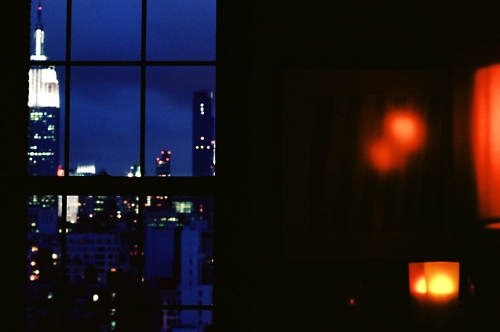 So you want the good news or the bad news? Well, I’ll give you both but let’s start with the good news: the Yankees won the ballgame tonight down in Atlanta and are now tied for first place in the American League East. Really, that’s the only news that matters but there’s more–the Yanks flashed the leather: Ivan Nova and Mark Teixeira turned a slick double play, Robinson Cano made a great pick on a hard-hit line drive and Nick Swisher robbed Brian McCann of a home run (McCann also hit a ball to the wall in center field and ripped a line drive directly into Teixeira’s glove).

Yeah, and Nova pitched seven scoreless innings and showed fine control. The sidearming glimmer twins Cody Eppley and Clay Rapada retired the side in order in the eighth, and Corey Wade and Boone Logan did likewise in the ninth.

The bad news? Yanks didn’t do much with the fourteen hundred runners they put on baset. And while that caused much irritation for Yankee fans during the game and may not be forgotten it’s certainly forgiven.

Derek Jeter has 2 extra base hits in his last 31 games. Wouldn't mind seeing him hit a double this week.

I wouldn't mind seeing Texeira go on a run. He is making a lot of money for 800 OPS.

Speaking of 800 OPS, anyone think that ARod has any more breakout years, or do we see a slow ineluctable decline (assuming he stays healthy)?

I thought the bad news was going to be about Brett Gardner.

i was indeed at the game tonight! the rain held off (for the most part) and the weather was actually quite pleasant. it was difficult to get 2 seats together on the yankees side, so we sat in right field directly next to the braves' bullpen.

The Ted, is a beautiful ballpark without a bad seat in the house. and i quite like the name of the stadium. i met ted at a gig of mine was and he was really cool.

i've also come to really like and respect Chipper. he's an exceptional ballplayer and he's very accountable. smoltz used to call him out all the time for not playing through injuries. anyway, i love the name Shea. now, Andrelton is just awful. worse than asdrubul. sutton and powell always seems to use his first name on the radio. i wish they'd just call him "simmons". in any case...Chipper's a first ballot HOF'er.

when Raul The Cool (7-string guitar / Dino) first came to the plate, i told my girl that he has serious power and the ball could reach us. next thing we knew, he parked it in the seats not far from us. we were a few rows back from swisher's catch. got an immediate text from my brother after that!

can't go to the games Tues or Wed, due to exam week at the music school where i teach. i'll be administering finals all week...

once again, turner field was really yankee stadium south. i'd say it was a 75-25% split, in favor of yankee fans. not as much as 3 years ago when they played here, but definitely a yankee heavy crowd, by a lot. roll call didn't work this time, but we were a loud bunch.

great night all around!

List of AL teams with a better record than the Yankees:

[4] Damn Yankees, burning down Atlanta again and overwhelming the locals. That's got to be galling to what's left of the Atlanta Crackers fans. Thanks for representing, Eric.

I've come to appreciate Chipper Jones as he takes his final lap. Used to not like him. Why is that? Is he a first round HoF'er?

'Typical' Yankee fan, spinning the obvious to make sure the Yanks don't look so bad, it was closer to 14,000 runners they left in scoring position.

6) I've never minded Chipper. What's interesting is that he's been so hurt these past years and yet when he plays he hits for average and power. I suppose their injuries are different but he seems to be a better hitter in limited action than Rodriguez is in decline.

I think Chipper is a Hall of Famer.

While we know ARod doesn't have the power he used to, my issue is that he doesn't seem to be making good contact. Am I wrong? He seems to be missing a LOT of fat pitches.

I was at the game in 2009 and met thelarmis. I moved around the park all night and finally settled into an outfield seat behind Johnny Damon. Everytime I yelled "John-ny Da-mon!" Some old guy in a Boston had would say "sucks."

There were also two sox fans there wearing full uniforms including sturrups and cleats. Who the fuck does that?

I hate Chipper Jones, but if he doesn't get in first ballot, BBWAA is tripping. Again.

[10] I see the same thing. He often gets beat on fat 90mph fastballs, sometimes more than once in an ab.

10 and 13) So true. And the funny thing is that he's still putting good swings on those pitches. He's not chasing a lot of crap, still working walks. Just missing a lot of fat pitches to drive. And the ones he does square up, he's hitting hard grounders or line drives, not bombs.

[4] & [11] I wish I could make it over to Hot-lanta this week, but I've got too much going on and with the games being weekday games I just can't swing it. You guys will make the Banter proud I'm sure.

I had to watch last night's game on the Braves broadcast due to the stupid blackout rules. Man those announcers were awful. They kept calling Nova "EYE"-van and of course they had to bring up the payroll disparity (they actually made it to the 8th inning). They even said it gave the Yankees an "advantage", as if to say that the Braves organization was prevented from paying higher salaries by some rule or something. I guess they forget about how the Braves used to pay the big bucks for guys like Glavine, Maddux and Smoltz.