Color By Numbers: Tales from the Road 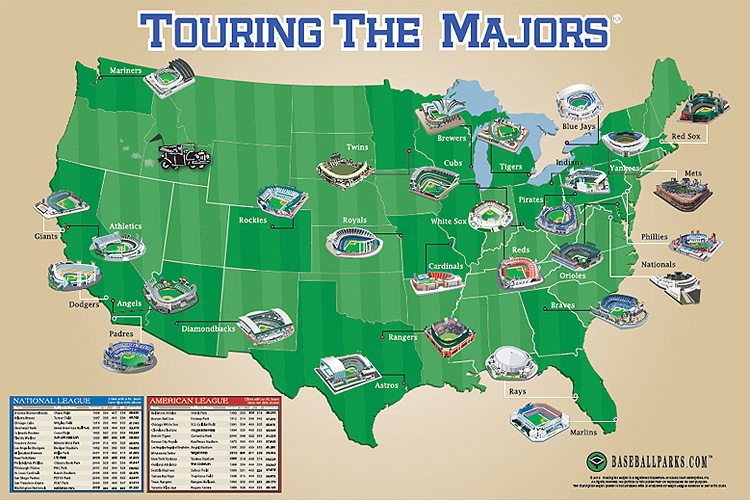 The Yankees finally found a cure for TB. After losing nine straight games at Tropicana Field in Tampa (OK fine, St. Petersburg), the Bronx Bombers finally broke the schneid on Robinson Cano’s game winning two-run single with the bases loaded. If not for Cano’s timely hit (and Kyle Farnsworth’s four consecutive walks), the Yankees, who have seemingly saved their worst baseball for the unfriendly confines of the dome, would have recorded their seventh double-digit losing streak at a road stadium.

Yankees’ Longest Losing Streaks at a Road Stadium, Since 1918

Even though the Yankees probably weren’t heart broken about the three game sweep in Tampa that occurred at the end of last season, the nine game skid was still the longest in any one road ballpark since the Bronx Bombers went winless in 15 straight games at Arlington Stadium from 1989 to 1991. Unfortunately, the Texas heat wasn’t the only thing that caused the Yankees to wilt during that span. Over the same period, the Yankees dropped 10 consecutive games to the Athletics at the Oakland-Alameda County Coliseum. Of course, during that period, the Yankees didn’t have much luck beating the Bash Brothers, or anyone for that matter. From 1989 to 1991, the team’s .437 winning percentage was the fifth lowest of any three-year span in franchise history and the worst since 1913-1915. As you’d expect from a team with the highest road winning percentage in baseball, the Yankees have had more double-digit road ballpark winning streaks than losing skids.  The all-time high run of 13 straight victories dates back to 1939-1940 against the hapless St. Louis Browns at Sportsman’s Park, but the most recent double-digit streak was also deep in the heart of Texas, as the Yankees reeled off 10 straight victories versus the Rangers from 2005 to 2007. That mark, as well as the all-time franchise record for most wins in a single road ballpark, could be in jeopardy later this month when the Yankees visit Oakland. The last time the Bronx Bombers lost at the Athletics’ home field was on April 22, 2010, the same day that Alex Rodriguez violated the sanctity of Dallas Braden’s mound. Since then, the Yankees have won nine straight victories in “the 209”, and could tie the current longest streak of 13 road ballpark wins with a four game sweep in the teams’ final series in two weeks.

Yankees’ Longest Winning Streaks at a Road Stadium, Since 1918

Surprised Seattle wasn't on the list. It seemed the Yankees always lost in the Kingdome in the 70s & 80s.

I remember those Yankee struggles against Tony LaRussa's A's. As I recall, the turning point was a game at the Stadium in which LaRussa continued to verbally taunt Matt Nokes from the bench. Buck Showalter told Nokes that if LaRussa did it again, Nokes was to tell Buck, who would then take matters into his own hands. Sure enough, LaRussa kept up with the nonsense, Showalter then responded with a verbal assault of his own, and the two benches emptied.

The announcers wondered how the A's would match up against Frank Howard, who was one of the Yankee coaches at the time. The Yankees seemed to do better against the A's after that.

[2] I liked your story and hit the google machine. Check it out. : )
http://www.nytimes.com/1992/05/18/sports/baseball-showalter-cocks-fist-yanks-provide-punch.html

Thanks for putting that up, Ara. Those were some cool memories. Man, that LaRussa can be infuriating.

I enjoyed the article. Lots of neat tidbits. Scott Brosius playing for the bad guys. The Athletics winning 31 of their last 42 games with the Yankees, including 16 in a row at one point. Yikes. And that's what's great about baseball. We can hate a manager for about 30 years now. Eff LaRussa. : )
Good stuff above, William.

This is OT, but I thought youse might want a brief pre-series Red Sox Nation update.

First, this will be a Pony-Free weekend: Pedroia is on the DL with a strained hoof. (Thumb, actually.)

Second, Dan Bard announced a couple of days ago that he had "figured it out", but yesterday he faced four batters: two of them hit him, and he returned the favor, hitting the other two. He is a serious head case.

Crawford and Ellsbury are on their way back but won't make it this weekend. Crawford is hitting very well in AA (there's some good reason he isn't playing for Pawtucket but I can't remember what it is).

And finally, here's a very nice Pete Abe piece about David Ortiz' discontent. I don't think RSN appreciates what they have in Pete, honestly.