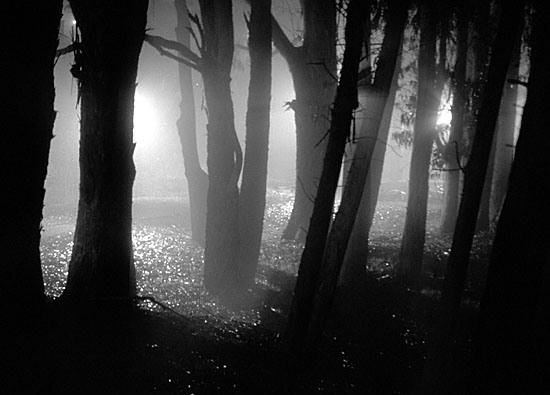 In what direction are the Yankees headed? (Photo: danheller.com)

Here come the Rays. A little over one month ago, the Yankees had a whole lot of daylight between their division perch and second place, but after a 15-18 stretch, the shadow of the next closest competitor has finally caught up. Since July 18, the Bronx Bombers have seen Tampa Bay close the gap from 10.5 games to only three. Is it time to panic yet?

The Yankees’ recent struggles have been somewhat enigmatic. During the team’s 33-game slump, they have actually outscored their opponents by 17 runs, but have come up just short in many close games. Considering the injuries and difficult schedule during the period, there’s every reason to believe the team will pick up the pace heading down the stretch. But, will it be enough to hold off the hard charging Rays?

When the Rays were 10.5 games behind the Yankees on July 18, they didn’t look like a team capable of going on a run because of their depleted offense. Even now, after a 22-10 stretch, the lineup still seems too thin for a contender. However, it isn’t with the bats that the Rays have jumped right back into the race. Instead, Tampa has pitched its way to within three games of the Yankees.

Since falling behind by double digits in the division, the Rays’ pitching staff has allowed an astoundingly low 67 runs, or 2.1 per game, including only five games in which the opposition scored more than three. How significant is that accomplishment? All three 30-game periods encompassed by the last 32 contests represent the lowest run totals allowed for that duration in 2012. What’s more, the 63 runs allowed by the Rays in the 30 games from July 19 to August 20 represent one of the stingiest stretches in recent baseball history.

Since 1901, there have only been 241 30-game periods (for perspective, there are 3,990 such segments in a single 162 game major league season) during which a team allowed fewer runs than the 63 recently surrendered by the Rays’ pitching staff. However, of that total, 224 occurred during the dead ball era. Since 1920, there have only been 17 periods of 30 games (13 belonging to the 1968 Indians) featuring fewer runs allowed than the Rays’ best mark this season. Adding to the impressiveness of the accomplishment, only three periods have taken place during the DH era, and all of those invovled National League teams.

Based on run differential, the Rays’ recent stinginess should have netted about 26 wins during the last 32 games. Had they been able to meet that expectation, Tampa, and not New York, would be listed first in the standing this morning. Will the Rays eventually come to regret leaving those extra wins on the table? If the team’s pitchers can continue to mow down the American League, it probably won’t matter how much their lineup scores. However, if the rotation and bullpen regress below historic levels of run prevention, their offense may not be able to compensate.

One of the luxuries of a big lead is it allows team to withstand the hard charge of a stalker. Because of how well the Yankees played over the first 100 games, they’ve been able to remain ahead of the pack despite a stumble entering the turn at the top of the stretch. However, what had been shaping up as a victory lap in September now promises to be a thrilling race. The Rays pitching staff is doing its part to close the gap. Now, it’s up to the Yankees to find another gear as well. Luckily for the Bronx Bombers, next up on the schedule is the Cleveland Indians, who are the in the midst of allowing over 187 runs in their last 30 games (6.23 runs per game). How does that stand up to history? That’s a story for another day.

C.C. and Kuroda go this weekend: Must WIn Games.

It seems to me that the fact that the Rays' ERA has been historically low means we can be very confident that they won't> keep it up. They will regress. Similarly for the fact that the Yankees have had a losing record while outscoring opponents -- that should lead a sober prognosticator to predict a considerably rosier future.
In any case, I am really looking forward to the Yankee-Ray confrontations in September.

[2] Schedules will also turn in the Yankees' favor. Yanks have Indians and Blue Jays coming up, while Rays get Athletics and Rangers. Of course, the Yankees have to take advantage. I know it's greedy, but anything less than 5-1 over the next six would be a disappointment.

[5] Yeah, I just noticed that (when I looked to check when the Rays matchup would be).
In a way, it makes the games more nerve-wracking, since losing to the Indians will/would be such a squander.
(But I'd buy 4-2 right now if the baseball gods offered it.)

[2] I like it. No team with fans that bad should be that good (at pitching).

Per LoHud, Nova to the DL.

Looking forward to seeing Phelps, CC, and Hiro re-start our own stinginess tradition...

The Red Sox have put A-Gon and Beckett on revocable trade waiver.
The rumor (but so far just a rumor) is that the Dodgers might be interested in taking both of them, returning Loney and prospects.

[9] The article mentions that in moving Nova to the DL, they are able to slide CC in his place and still keep Joba in the bullpen. Why? The only way that makes sense is if Andy comes back soon and they switch Joba out until Sept. callups. He's only hurting their chances of winning games at this point.

In any regard, don't you always get the feeling that Joba is rushed into situations where he and the team would be much better served if they gave him time? I don't even know what to make of that anymore.

God, it's gruesome. I can't even enjoy it anymore.

But I think a large portion of RSN is saying, "Good, you bums, I hope you're embarrassed."

The Sox game is most entertaining. Did anyone catch the loooooooooong Doc Ellis piece over at the four letter network? It was quite the read. I didn't realize he pitched for they Yankees in 1976. The layout of the article is smooth as silk, too. I had not see anything like it before. If you are interested..... http://sports.espn.go.com/espn/eticket/story?page=Dock-Ellis

What's that laughing sound I hear?

And I actually want the Sox to beat the Angels--don't want to see them Angels in the playoffs. We can assume the Sox are cooked.

Meanwhile, the Rays just don't lose do they?

Incredible the amount of abuse they're taking with every move, itch and sneeze being scrutinized for signs of weakness and/or rebellion.

Four players and the entire front office of the organization show up for Pesky's funeral and that becomes another scandal. I don't know whose drama is deeper, the Mets or them? What as frenzy.