< Bustin’ Loose      And Bobby Valentine Punched Me in the Mouth > 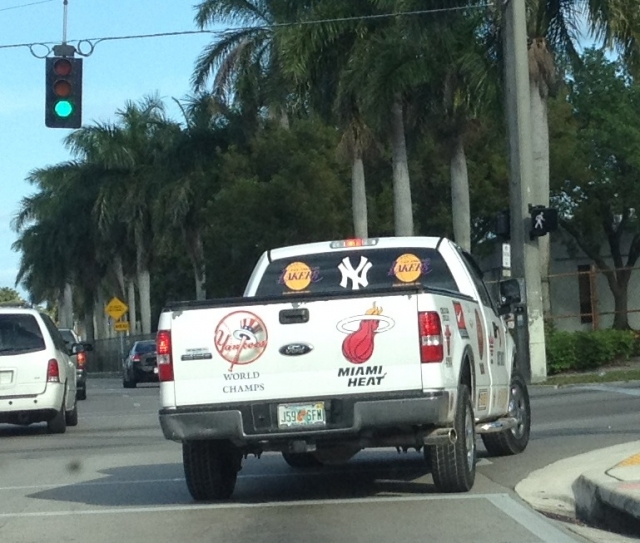 A lot of attention has been paid to the Bronx Bombers nose dive in the A.L. East, and with good reason. By allowing a 10-game advantage to disappear, the 2012 Yankees became only the second team in franchise history to fritter away a double-digit lead. However, as they enter a crucial four-game series in Baltimore, the pinstripes remain front runners. Considering all the hysteria, it’s easy to over look the fact that the team remains in first place, but, even amid a collapse, that’s exactly where the Yankees have resided for most of the season.

Yankee fans, and the organization itself, are a little spoiled. Since its inception in 1901, the franchise has spent over 6,200 days in first place, or nearly 36% of all game dates. That figure jumps up to 42% going back to 1923, when the team migrated to theBronx. So, if the Yankee Universe treats having a lead as a birthright, well, who can blame them? 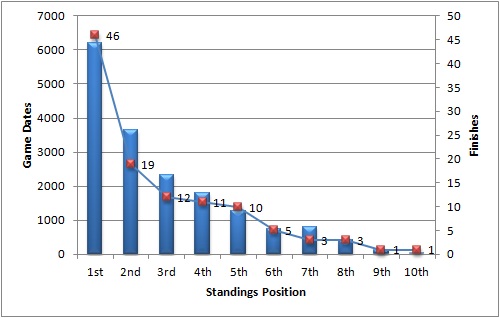 Note: Based on position at the end of game dates only (i.e., off days excluded). Includes five last place finishes. 1981 finish is based on total record from both season halves.
Source: Baseball-reference.com

The Yankees are guaranteed to spend at least one more day atop the division, which would give the team a longer stint in that position than nine other seasons that ended with a first place finish (excluding 1994). Of course, unless the Yankees hold the top spot on the final day of the season, the longevity of their lead won’t matter. Once again, however, history is on the side of the Bronx Bombers, as only two other teams in franchise history spent more days in first place (1924 and 2010) without sealing the deal.

Days Spent in First Place, Per Season Since 1901 Note: Based on position at the end of game dates only (i.e., off days excluded).Years with no days in first place omitted. Red bars indicate seasons in which the Yankees finished in first place.
Source: Baseball-reference.com

The Yankees have spent at least one day in first place in 93 of 112 seasons, and at least 100 days leading the division in 29 campaigns. Interestingly, despite occupying the top spot so often, the 1927 Yankees are the only team in franchise history to hold a lead from wire-to-wire. On the other end of the spectrum, the 1978 and 2005 Bronx Bombers were the only first place finishers to spend less than 20% of the year looking down at the competition. And, on each occasion, the Red Sox were the team the Yankees caught from behind.

After holding a double-digit lead, a one-game edge almost feels like being behind. However, the rest of the division is still chasing the Yankees, who have historically been at their best when leading the pack. With only 26 games remaining, the marathon has now become a sprint. Will the 2012 Yankees be able to maintain their position as front runners, or suffer the fate of a pacemaker? Let the pennant race begin.

Yeah, it feels like the playoffs have already begun doesn't it? This four-game series in Baltimore is sure to be tense.