Color by Numbers: The Cys Have It 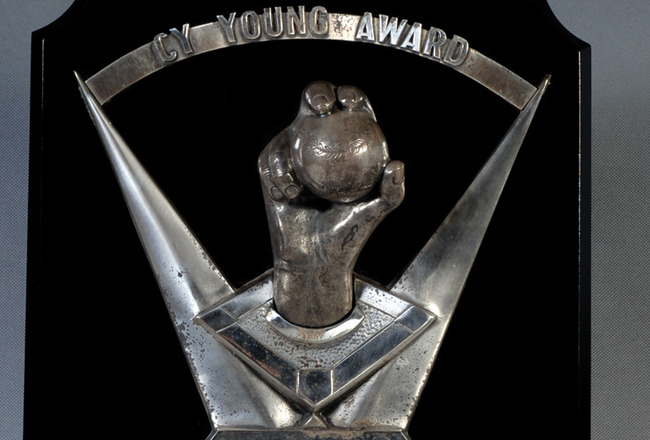 It’s an overused cliché, but true nonetheless. You can’t predict baseball. After all, before the season, who could have forecast Barry Zito as the San Francisco Giants’ game 1 starter in the World Series? And, even if someone did strike gold with such a bold prediction, could they have also imagined he would outclass Justin Verlander?

Zito’s victory over Verlander in a duel of past Cy Young award winners at the World Series was remarkable enough. However, the relief appearance of another award winner made Wednesday’s confluence of Cy Youngs unprecedented in the history of the Fall Classic.
World Series ERAs by Cy Young Winners (Relievers) Note: Shaded pitchers were primarily starters.
Note: Does not include relief appearances and starts made by the pitcher in seasons before winning the Cy Young award. Included are appearances in the same season as the pitcher’s first Cy Young.
Source: Baseball-reference.com

When Tim Lincecum entered in the sixth inning of the Giants’ game 1 victory, he became only the 14th Cy Young award winner to come out of the bullpen in a World Series game (played in either the same season as winning the first award, or seasons thereafter). Lincecum also became only the eighth Cy Young winner to appear in relief during the World Series after spending most of his career has a starter. The two most recent examples should be familiar to Yankee fans. In game seven of the 2001 World Series, Randy Johnson pitched a scoreless 1 1/3 and earned the victory when the Diamondbacks rallied to beat the Yankees and Mariano Rivera. In the previous Fall Classic, the Yankees were the beneficiary of clutch relieving by a former Cy Young starter when David Cone retired Mike Piazza to end the fifth inning of the Subway Series’ fourth game.

Lincecum’s outing was distinguished even further by the man he was replacing.  Not since Jim Palmer replaced Mike Flanagan in the third game of the 1983 World Series had one Cy Young relieved another in the World Series. In fact, the Cy Young tag team was only the second such instance in the entire history of the Fall Classic. However, what made the parade of hardware recipients even more extraordinary was the order in which the two pitchers appeared. Before the start of the season, such an arrangement would have been unfathomable, but baseball’s fickleness was on display as the formerly heralded Lincecum took the ball from the much maligned Zito, and together, the two beat a pitcher widely considered to be the best in the game. Bruce Bochy couldn’t have drawn it up any better.