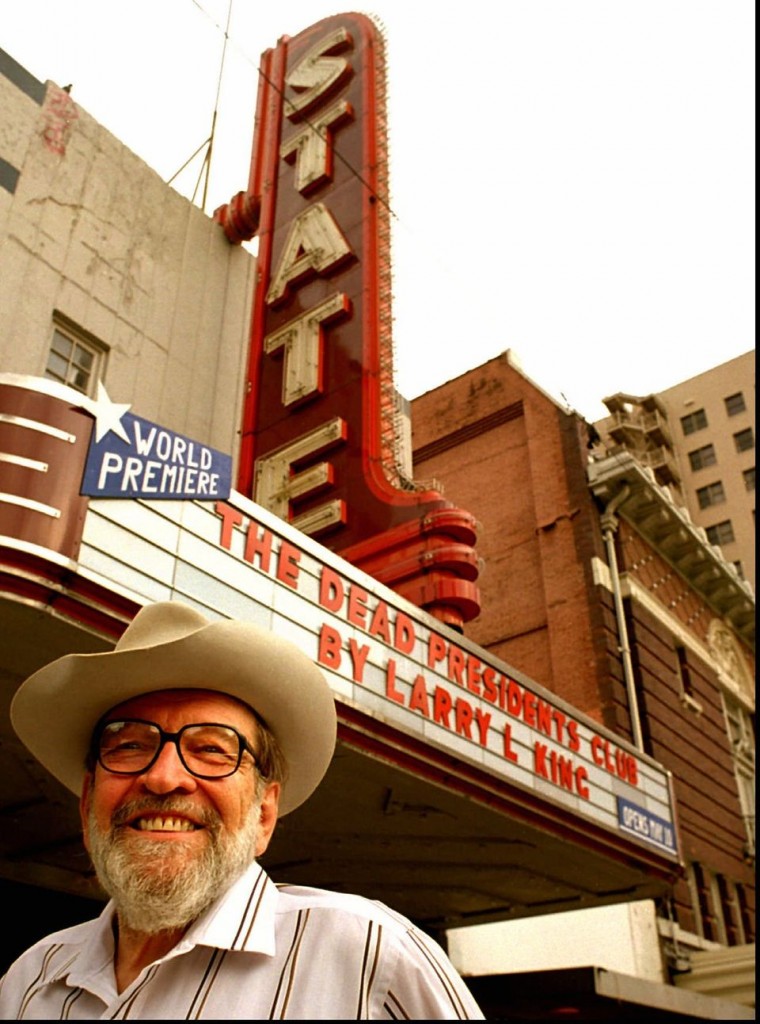 Larry L. King died last month and I’m sorry it’s taken so long to mention his passing in this space. Terrific writer. Confessions of a White Racist is a must-read. For more on King, check out this fine appreciation by John Spong. When you are done, treat yourself to one of King’s best stories, “The Old Man.”

It’s great (and kudos to Harper’s for making it available on-line):

Sons rarely get to know their fathers very well, less well, certainly, than fathers get to know their sons. More of an intimidating nature remains for the father to conceal, he being cast in the role of example-setter. Sons know their own guilty intimidations. Eventually, however, they graduate their fears of the lash or the frown, learn that their transgressions have been handed down for generations. Fathers are more likely to consider their own sins to have been original.

The son may ultimately boast to the father of his own darker conquests or more wicked dirkings: perhaps out of some need to declare his personal independence, or out of some perverted wish to settle a childish score, or simply because the young — not yet forged in the furnace of blood — understand less about that delicate balance of natural love each generation reserves for the other. Remembering yesterday’s thrashings, or angry because the fathers did not provide the desired social or economic advantages, sons sometimes reveal themselves in cruel ways.

Alex, you're right. "The Old Man" is a great article, one of the best I've ever read.