The Banter Gold Standard: Something To Do With Heroes 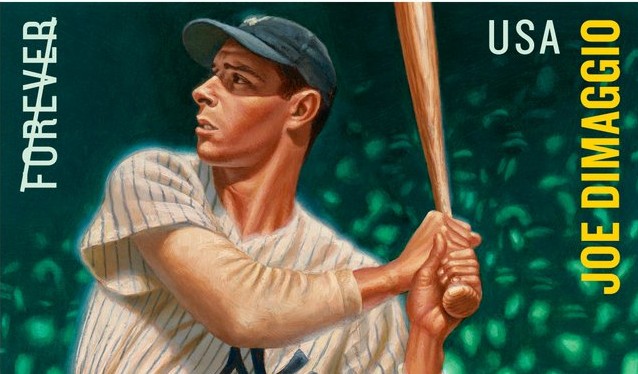 Originally published in the Post (April 8, 1969) and reprinted here with permission from the author, he’s a keeper for the Yankee fans out there.

“Something To Do With Heroes”
by Larry Merchant

Paul Simon, the Simon of Simon and Garfunkel, was invited to Yankee Stadium yesterday to throw out the first ball, to see a ballgame, to revisit his childhood fantasy land, to show the youth of America that baseball swings, and to explain what the Joe DiMaggio thing is all about.

Paul Simon writes the songs, Art Garfunkel accompanies him. They are the Ruth and Gehrig of modern music, two kids from Queens hitting back-to-back home runs with records. They are best known for “Mrs. Robinson” and the haunting line, “Where have you gone, Joe DiMaggio, a nation turns its lonely eyes to you.” Joe DiMaggio and 100 million others have tried in vain to solve its poetic ambiguity.

Is it a plaintive wail for youth, when jockos made voyeurs of us all and baseball was boss? “It means,” said Paul Simon, “whatever you want it to.”

“I wrote that line and really didn’t know what I was writing,” he said. “My style is to write phonetically and with free association, and very often it comes out all right. But as soon as I said the line I said to myself that’s a great line, that line touches me.”

It has a nice touch of nostalgia to it. It’s interesting. It could be interpreted in many ways. “It has something to do with heroes. People who are all good and no bad in them at all.That’s the way I always saw Joe DiMaggio. And Mickey Mantle.”

It is not surprising, then, that Paul Simon wrote the line. He is a lifelong Yankee fan and once upon a boy, he admitted sheepishly, he ran onto their hallowed soil after a game and raced around the bases.

“I’m a Yankee fan because my father was,” he said. “I went to Ebbets Field once and wore a mask because I didn’t want people to know I went to see the Dodgers. The kids in my neighborhood were divided equally between Yankee and Dodger fans. There was just one Giant fan. To show how stupid that was I pointed out that the Yankees had the Y over the N on their caps, while the Giants had the N over the Y. I just knew the Y should go over the N.”

There was a Phillies fan too—Art Garfunkel. “I liked their pinstriped uniforms,” he said. “And they were underdogs. And there were no other Phillie fans. Paul liked the Yankees because they weren’t proletarian.”

“I choose not to reveal in my neuroses through the Yankees,” said Simon, who was much more the serious young baseball sophisticate. “For years I wouldn’t read the back page of the Post when they lost. The Yankees had great players, players you could like. They gave me a sense of superiority. I can remember in the sixth grade arguments raging in the halls in school on who was better, Berra or Campanella, Snider or MantIe. I felt there was enough suffering in real life, why suffer with your team? What did the suffering do for Dodger fans? O’Malley moved the team anyway.” 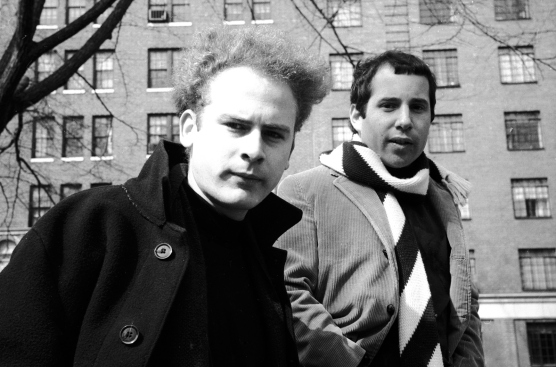 Simon and Garfunkel are both twenty-seven years old. Simon’s love affair with baseball is that of the classic big city street urchin. “I oiled my glove and wrapped it around a baseball in the winter and slept with it under my bed,” he said. “I can still remember my first pack of baseball cards. Eddie Yost was on top. I was disappointed it wasn’t a Yankee, but I liked him because he had the same birthday as me, October 13. So do Eddie Mathews and Lenny Bruce. Mickey Mantle is October 20.”

Simon played the outfield for Forest Hills High, where he threw out the first ball of the season last year. Yesterday, after fretting that photographers might make him look like he has “a chicken arm,” he fired the opening ball straight and true to Jake Gibbs.

Then Simon and Garfunkel and Sam Susser, coach of the Sultans, Simon’s sandlot team of yesteryear, watched the Yankees beat the Senators 8-4 with some Yankee home runs, one by Bobby Murcer, the new kid in town. “I yearned for Mickey Mantle,” Paul Simon said. “But there’s something about that Murcer. . . .”

The conventional wisdom is that there are no more heroes who “are all good and no bad.” Overexposure by the demystifying media is said to be the main cause. Much as I’d like to, I can’t accept that flattery. Babe Ruth and Jack Dempsey were seen as antiheroes by many adults, as are Muhammad Ali and Joe Namath, but young fans always seem to make up their own minds.

Tags:  joe dimaggio  larry merchant  mrs. robinson  paul simon  something to do with heroes  the graduate  the new york post