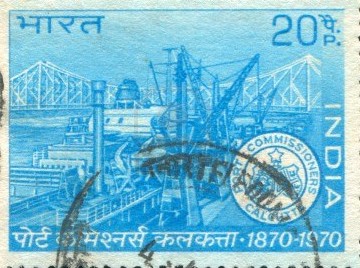 Here’s a treat–“Brotherly Love,” the latest short story by the most-talented Jhumpa Lahiri:

Since childhood, Subhash had been cautious. His mother never had to run after him. He kept her company, watching as she cooked or sewed.

While Subhash stayed in clear view, Udayan was disappearing: even in their two-room house, when he was a boy, he hid compulsively, under the bed, behind the doors, in the crate where winter quilts were stored.

He played this game without announcing it, spontaneously vanishing, sneaking into the back garden, climbing into a tree, forcing their mother, when she called and he did not answer, to stop what she was doing. As she looked for him, as she humored him and called his name, Subhash saw the momentary panic in her face, that perhaps she would not find him.

When they were old enough, when they were permitted to leave the house, they were told not to lose sight of each other. Together they wandered down the winding lanes of the enclave, across the lowland, to the playing field, where they sometimes met up with other boys. They went to the mosque at the corner, to sit on the cool of its marble steps, listening to a football game on someone’s shortwave.

Eventually, they were allowed to leave the enclave and to enter the greater city. To board trams and buses by themselves. They began to linger outside Technicians’ Studio, where Bengali film stars spent their days. They caught sight of the actors and actresses as they emerged from their dressing rooms or stepped into waiting cars. Udayan was the one brave enough to ask them for autographs. He was blind to self-constraints, like an animal incapable of perceiving certain colors.

In spite of their differences, one was perpetually confused with the other, so that when either name was called both were conditioned to answer. They were similar enough in build to draw from a single pile of clothes. Their complexions, a light coppery compound derived from their parents, were identical. Their double-jointed fingers, the sharp cut of their features, the wavy texture of their hair.

Subhash wondered if his placid nature was regarded as a lack of inventiveness, perhaps even a failing, in his parents’ eyes. His parents did not have to worry about him, and yet they did not favor him. It became his mission to obey them, given that it wasn’t possible to surprise or impress them. That was what Udayan did.