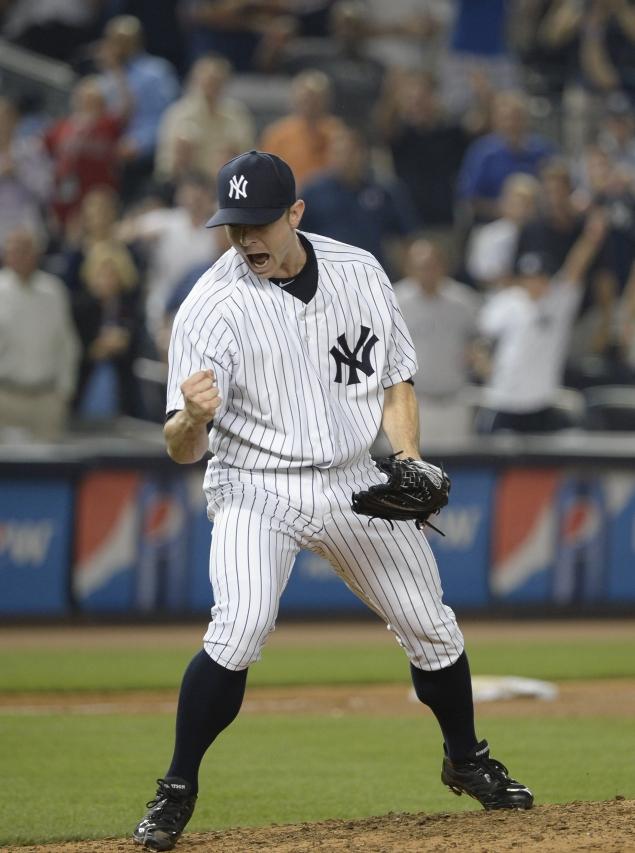 I liked Chris Nelson when he was in New York for a few minutes earlier this season. Maybe it was his sympathetic face but watching him I appreciated how hard it is for some guys to stay in the big leagues. I felt sad when the Yanks let him go and pleased when the Angels picked him up.

Well there he was last night in the 9th inning. The bases were loaded, 2 men were out, the Yanks ahead, 2-1. David Robertson was on the mound, having replaced Boone Logan. They were pitching because Mo had the night off. Nelson stood at the plate and worked the count full.

I’m sure Angels fans and Yankee fans were both thinking the same thing–my team is going to blow this. Robertson threw a fastball over the plate but it was high and well out of the strike zone. It was one of those rising pitches, however, that is tough for a right-handed hitter to lay off. Nelson bit and swung. Didn’t come close to hitting the ball and the game was over.

I was relieved and then looking at Nelson’s face as he walked off the field I felt sad for the guy. Not as sad as I would have felt for Hiroki Kuroda, who was fantastic once again, but I couldn’t shake the feeling because in baseball someone is always losing.

Last night's game was fun to watch, really glad the Yanks came thru and won. It got really scary at the end, and it wasn't so much the win that I was rooting for...but more that Hiroki got credit for a great performance.

At this point, the wins seem meaningless because this team does not look like a playoff team. The wins carry more meaning, at least for me, when they are tied to a player's (or a group of players) success.

That's a good point. And there are few Yankees in recent years that I've enjoyed rooting for more than Hiroki.

You're a thoughtful guy, Alex, and we appreciate that about you.
The guy I was feeling sorry for was the one in the upper deck who was taking his kids to the only game he could afford this summer, and here's one more chance, a perfect opportunity to see Rivera, (We want Mo! We want Mo!) but Mo's got the night off , and his understudy has given himself a perfect opportunity to blow the save, and Kuroda's gem.
The understudy gets lucky, the Yanks beat the Angels (ahhhhhhh), and family guy goes home a winner. Nicey nice.

this was probably the most purely enjoyable game I've gone to this year...and yes I cheered for A-Rod. This is like being in an abusive relationship.

But someone always wins, too.

one of my oldest friends from growing up in NY has a daughter with spinal bifida. she was on the field at yankee stadium pre-game yesterday. i believe she threw the first pitch. pretty cool!