A few weeks ago, the Yankees were signing everybody in sight and the idea of operating this offseason in shackles imposed by the 189-constraint seemed like the forgotten details of a bad dream. 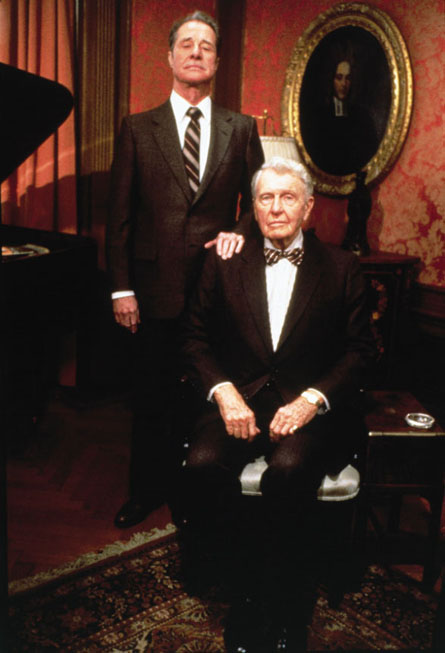 Then they didn’t sign anyone expensive to play second base nor to compete for the closer/8th-inning job. They haven’t filled in the vacancies in the rotation. They sit, on December 20th, with a prospective payroll of about $213 million for 2014. But of course, that includes $27.5 million slotted for Alex Rodriguez. In fact, if Alex Rodriguez plays a full season, he’ll cost $33.5 million because he’ll pass Willie Mays on the homer list, so really they are looking at $219 million.

Is it possible that the Yankees front office has been given the following program to run:

Step 1) Assume Alex Rodriguez is suspended for the entire 2014 season.

Step 3) Wait to find out if Alex Rodriguez is suspended for the entire 2014 season.

Step 4) If suspension upheld, keep payroll as is and proceed to spring training.

Step 4A) If suspension overturned, TURN THOSE MACHINES BACK ON! 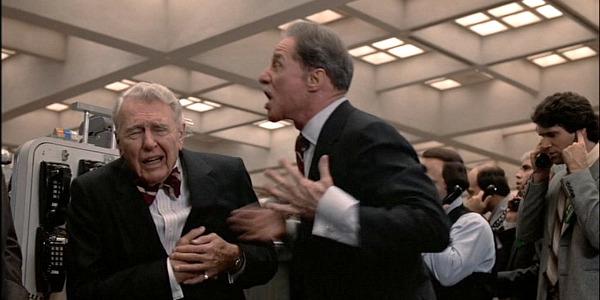 Unfortunatley, if that’s the plan, just as Randolph and Mortimer Duke found out, it’s probably too late. The price the Yankees will pay for waiting this long is at least a crappy second baseman. And what happens if the starting pitchers don’t wait for them?

But ladies and gentlemen, if this is your 2014 Yankees, yeesh.

This is about the team that I expected them to field for 2014.

They will be saving a bundle of money if they get under 189 mil. Some reports are 100 mil. (some of the luxury tax paid is refunded I believe) and it resets to a lower % taxable rate.

The Yanks are never going to say we aren't about winning, but this year the cap is in place. They have just enough nifty acquistions to say, "Hey, we are going for it." and enough holes to fill, where we can assume that this is pretty close to the squad they will run out there, and likely come up short. They can't take the PR hit and raise the white flag now in what is probably Jeter's last season.

Will they be better or worse than the 2013 version? Health will factor in with Jeter and Tex returning, and it is a very old team, which is a good reason to hold onto Gardner. Insurance if an outfielder breaks down, and also the Yanks lone trade chip if they need one more piece to get to the playoffs. (If they are within whiffing distance).

If I were the owner I would find a way to save/recoup all that money. It was a bit of a tease with 3 big deals, but I figure that was all we will likely see on big ticket items, unless some very creative trades are worked out, this might very well be most of the players that they will trot out minus (Ichiro & Wells?) I wouldn't go big dollars with Santana and Garza.

ARod in all likelihood will be suspended for the season. I know he has some high-paid lawyers, but I think there is a good reason every other player involved took their suspensions last year. MLB must have serious evidence.

I'm already rooting for Arod to beat Bud, and now there's so much more that comes with it, namely qualified starting pitchers for 2/5 of the rotation.

As an owner, it would be great if I could save/recoup 100 mil.

As a fan, I have no skin in the game. But, I guess you are right that if ARod beats Bud, then the Yanks could open up the vault a year early.

Tanaka's drawn out process might make it easier for the Yanks to sign a free agent pitcher, as most will likely wait it out to see who is the bridesmaid to Tanaka, but most of what I see is dreck. (sp?)

nah, man. the yankees have made some much needed moves and there is more holes to fill, more holes to fill, more holes to fill. but they'll fill them, with someone's or anothers, and i don't mind because i like the question marks and the young kids and the element of the unknown....the yankees already have a far more interesting team than last year and i liked last year. you know who's happy? i am. i wanna see vidal, phelps, b. roberts, preston....i wanna see em sink or swim. the yankees can do no right in anyone's eyes. fuck robbie cano and paying him all that money. i'll miss him but i'm glad he ain't getting that contract from the yankees. there is no definitive fix. CC could be OLD now....who knows what will happen?....let's go spring training...let's go yankees...let's go baseball...let the chips fall where they may!!!!!

Even without Arod's salary, the Yankees have little chance of getting under $189mn. The math works like this. So far, $150.5mn (sans Arod) is committed to 2014 AAV, but that only covers 14 players. In addition, the Yanks will pay about $11.9mn in benefits, which count toward the cap. Add in another ~$12mn in estimated arbitration salary for four players (and it could be higher; includes DRob, Gardner, Pineda, Phelps) and ~$11mn to fill 22 roster slots with league minimum players (again, a low assumption), and the payroll sits at $185.5mn in a best/worst case scenario. Finally, Jeter, Kuroda and Roberts all have bonuses that could amount to ~$4 million, putting them over the limit.

The only way the Yankees can get below $189mn is if EVERYTHING breaks right from a financial standpoint. Of course, that also means a lot of things will have gone wrong on the field.

[5] Of course, the organization doesn't really *need* to stay under $189 to save money. If they stay close to $189, they are still taxed at a high rate, but only on the small amount they exceed the threshold. The more intriguing question to me is, what is the organization's goal (assuming their planning is not simply incoherent)?

I mean, getting *below* $189 only really matters if the longer term plan is to jump above the luxury tax threshold in the near future. In that scenario, the organization resets the tax rate before spending big, which would save a lot of money while still allowing the Yankees to field a highly competitive team (in theory). In this case, they take a short term beating for a longer term gain.

However, if the plan is simply to save money while fielding a team of Proven Veterans™ and Known Name Players™, then they only need to stay at or near the tax threshold---if they go below, great, if they go above the tax will not be that much. But if they win the requisite 85+ games, they'll keep enough fans in the seats and glued to the TV to make lots of money. Heck, with the second wildcard, they can even "stay in the hunt" with a thoroughly mediocre team

O course, the third possibility is the organization has no coherent plan. In that case, Ichiro!

[6] That's not quite right -- there's also the division of the Net Local Revenue money. But I can't remember exactly how that works -- the money is shared based on payroll, but I don't believe it's based on the Luxury Tax threshold, in any case.

The point is that the option (however crappy that option would be for fans of a certain type in 2014) to stick to the 189-plan is still open. And it's either a remarkable coincidence or it's deliberate.

[6] As mentioned by RIYanks, there is also a revenue sharing rebate, that is only payable to teams under the threshold. However, that doesn't change your point, which is the Yankees don't NEED to get below $189 million because they are thriving financially above it. Also, because the luxury tax limit jumps from $179mn to $189mn, the Yankees would actually save $5mn just by staying at the status quo. The genesis of the plan seems to be Hal noticing the carrots in the new CBA (there are no sticks outside the amateur signing rules) and naively assuming that the Yankees should be able to be as successful with a lower payroll (i.e., the "other teams win the WS under $189mn" argument that he promoted). However, what Hal ignored is the Yankees brand requires winning EVERY year, not simply being on the fringe of contention and winning an occasional World Series. And, he paid a hefty price for ignoring that, namely over $50mn in lost ticket revenue last season alone.

This post has a few links about plan $189mn as it pertains the potential financial benefit as well as the state of the Yankees finances according to publicly available estimates.

I don't understand all the ins and outs of this, but in order to hit $189 they'd basically not be able to lose anyone to the DL, because every call-up not included in that 185.5 would add to the total payroll (and presumably most of Roberts bonuses would kick in if he didn't hit the DL).

There's just no way it can work with the contracts they have out there right now.

Not to mention, the word is that Gardner is expected to get more in arbitration than has been assumed in these budgeting calculations.

[11] & [12] The calculation accounts for the 40 man roster, so no problem for the DL as long as they keep using league minimum replacements. And the Gardner $ will be meaningful, but there's still room.