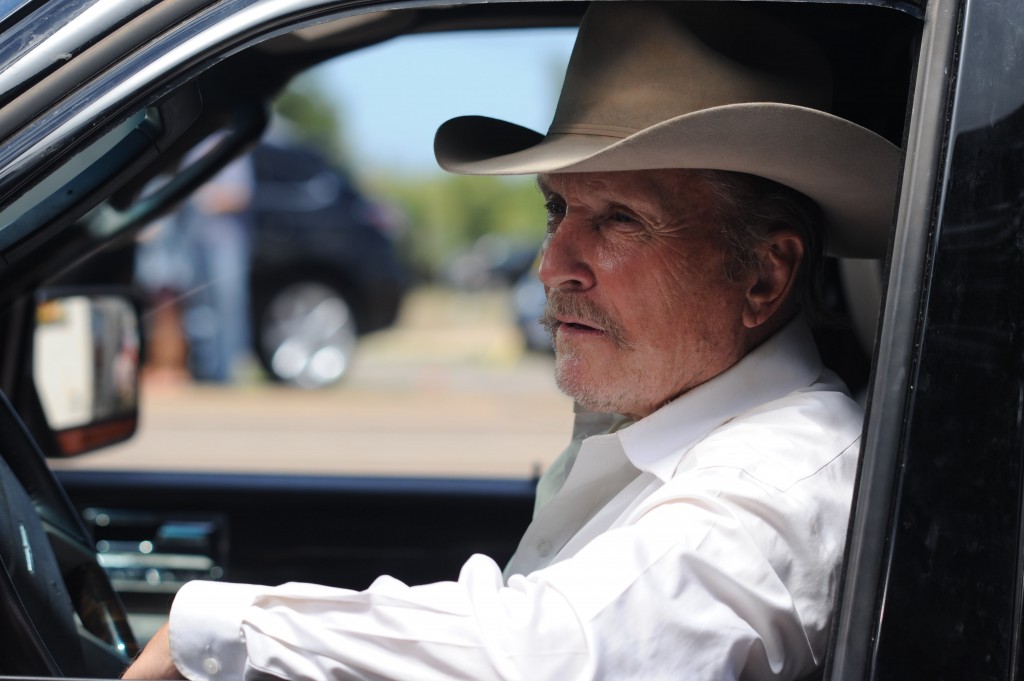 Check out this short interview with Robert Duvall over at the Daily Beast:

I’d like to backtrack a bit since I’ve been a fan of yours for quite some time. You and James Caan came up in the Neighborhood Playhouse in New York, while your pals Gene Hackman and Dustin Hoffman were over at Pasadena Playhouse.

I met Gene in New York and he said, “Dustin’s coming,” and Dustin, my brother, me, and a few other guys all had an apartment on the Upper West Side. It was a lot of fun. Dustin was a lot of laughs. We’d go into a bar trying to pick up girls and he had the worst pickup lines. He’d say, “We just put up some new linoleum in our apartment, do you want to check it out?” He was always talking about “new linoleum.” Gene was married at the time to an Italian woman and we’d come over and she’d cook us dinner, and then we’d all sleep on the floor, wake up when it’s sunny and have dessert. Hackman, when he stood guard duty in the Marines—and it was cold over there—it’d be two in the morning and he’d have his coat zipped up, and he’d unzip it and have a woman in there. But it’s such a big country you hardly see those guys. Jimmy Caan I see sometimes—and Wilford Brimley.

Your first film role was in To Kill A Mockingbird, which was a very important film in 1962 during the Civil Rights Movement.

It was a wonderful statement. Gregory Peck was a gentleman and Horton Foote, the great Texas playwright, was always on the set. He and Coppola gave me great roles early on that really helped my career. I like doing character parts. I told someone recently that if I lived in England I could fit because I feel I’m a character actor. I played Stalin, a Cuban barber. Terry Gilliam saw it and wanted me to play Don Quixote, but it’ll never happen now. Johnny Depp wouldn’t do it with [Gilliam]. My friend, Scott Cooper, cast Johnny Depp as Whitey Bulger [in Black Mass], but the guy who should play Whitey Bulger is Mark Wahlberg, because he knows Boston. I told Scott, “Johnny’s gotta get rid of his old bag of tricks and find a new bag of tricks to play that guy.” People love those gangster movies.

Decent interview, but I wish there had been more follow up on some of Duvall's more interesting answers.