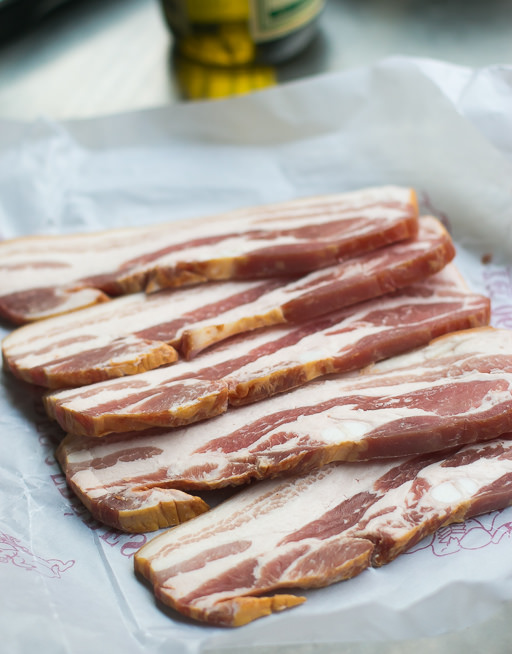 David Lebovitz makes a bacon and radicchio risotto and what time is dinner?

But I have a complaint (about Lebovitz). I know everybody -- and I mean everybody -- says you have to maintain just enough liquid to cover the rice when you make risotto, but I have now read about ten explanations for why and they are all terrible. Lebovitz says it's so you don't break the emulsion. While it's technically true that risotto is an emulsion, it is extremely stable and there's no way adding liquid faster would break it. (Has anyone ever had the problem that the starch separates from the liquid when they made risotto?? I can't even imagine it.)

When I've tried dumping all the stock in at once, the risotto has not come out as good, it's true. The starchy cream doesn't get built up as much. But I would really, really like to know why this is true.

Oh, also, the thing about having to heat the stock separately is superstition (or tradition). It doesn't matter, except that the rice does cook faster if you heat the stock first.

Excellent points, man. Wish I had an answer for you. But I appreciate your tips, especially about heating up the stock.