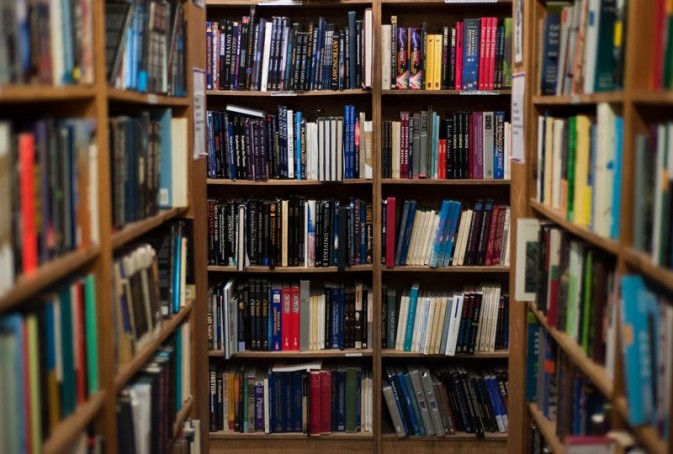 Over at New York Magazine, Christopher Bonanos has a nice feature on the Strand:

Why is there still a Strand Book Store?

In large part because of Fred Bass. He’s pretty much the human analogue for the store’s gray column. His father, Ben, founded the Strand around the corner in 1927, and he was born in 1928. Ask him about his childhood, and he recalls going on buying trips on the subway with his father, hauling back bundles of books tied with rope that cut into his hands. (“Along the line, we got some handles.”) Ask him about the 1970s, and he’ll tell you about hiding cash in the store because it was too dangerous to go to the bank after dark. He’s 86, and he still makes buying trips, though mostly not by subway. “Part of my job is going out to look at estates — it’s a treasure hunt.” New York, to him, “is an incredible source — a highly educated group of people in a concentrated area, with universities and Wall Street wealth. The libraries are here.” Printed and bound ore, ready to be mined.

Four days a week, he’s on the main floor, working the book-buying desk in back. Stand there, and you’ll see the full gamut of New York readers. Critics and junior editors, selling recent releases. Academics. Weirdos. “Book scouts,” who pan for first-edition gold at yard sales and on Goodwill shelves. They walk in with heavy shopping bags and leave with a few $20s. Usually fewer than they’d hoped: The Strand rejects a lot, because unsalable books are deadweight. Whatever arrives has to go out quickly. “Our stock isn’t stale,” Bass says. “You come in, and there’ll be new stuff continually.” Slow sellers are culled, then marked down, then moved to the bargain racks outside, then finally sold in bulk for stage sets and the like.