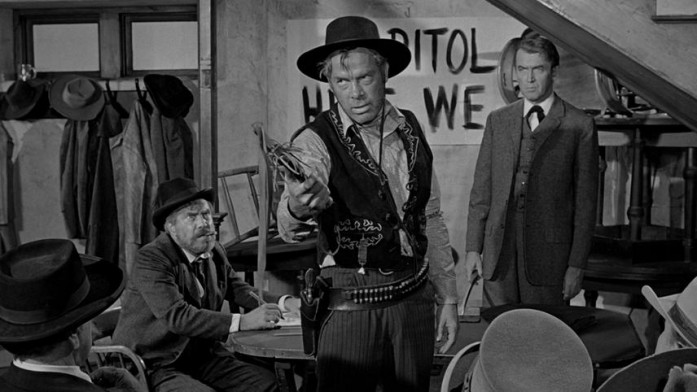 “Ford,” he says reverentially. “Fucking Ford. You’ll never see skillets and steaks like that in anybody else’s picture. He’s like the Dickens. It’s all about bigger than life. That’s what the old guys understood about movies. If it’s not bigger than life, put it on television.

“We got along from the start. Maybe I knew how to deal with him. The first day of Liberty, I was hanging around waiting for Ford to come in. Everybody told me how tough he was and not to say anything or he’d single you out and get on you the whole shoot. But as he walked in, I got up and saluted him. There was a dead silence. And then I said, ‘Well, chief, when the admiral comes aboard, the first mate has to pipe him in.’ He never got on me after that. He was a great lover of the navy, and he liked me because of it. He called me Washington. Because my family is descended from George Washington’s brother, James. Which few people know or expect.”

Which is an understatement. The standard guess on Marvin might best be summed up by a writer friend of mine who said, “He looks like he carne out of nowhere. He had no father, no mother, just spawned out there in some gulch and has spent his whole life hating the world that vomited him up.” Marvin would love that, for he’s worked hard to create his image. People don’t come over in bars with a glad hand and ruin his lunch. The reason is simple: they’re afraid if they do, he’ll kill them.

Just getting to this now and it's predictably great. Thanks.

Seems like he would have been a good guy to hang with.