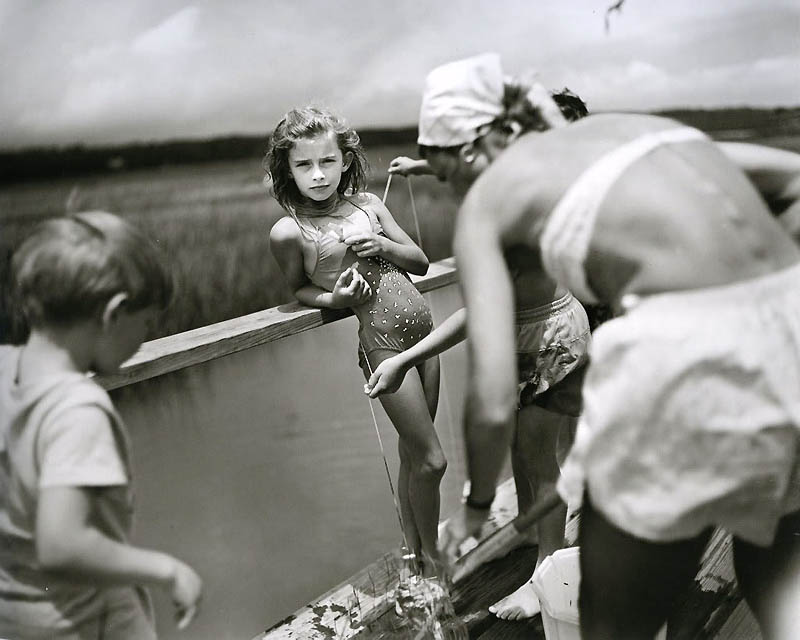 There aren’t many important memoirs by American photographers. I wish especially that, along with Robert Frank and Diane Arbus, Walker Evans had left one behind. How good was Evans’s prose? He once described James Agee’s sartorial style as “knowingly comical inverted dandyism.” He added: “wind, rain, work and mockery were his tailors.”

I held Evans’s writing in mind while reading “Hold Still,” the photographer Sally Mann’s weird, intense and uncommonly beautiful new memoir. Ms. Mann has got Evans’s gift for fine and offbeat declaration. She’s also led a big Southern-bohemian life, rich with incident. Or maybe it only seems rich with incident because of an old maxim that still holds: Stories happen only to people who can tell them.

…Her writing about “Immediate Family” is only one of many reasons to read this memoir. “Hold Still” is a cerebral and discursive book about the South and about family and about making art that has some of the probity of Flannery O’Connor’s nonfiction collection “Mystery and Manners” yet is spiked with the wildness and plain talk of Mary Karr’s best work. Like the young Ms. Karr, Ms. Mann was a scrappy, troublemaking tomboy, one who grew into a scrappy, troublemaking, impossible-to-ignore young woman and artist.

The details in “Hold Still” nail Ms. Mann’s sentences to the wall. She describes being dropped off after a date, for example, emerging from some boy’s El Camino and walking into the house to confront her parents. “My hair, trailing bobby pins, would be matted and tendriled against my hickey-spotted neck, and the skirt of my dress would be wrinkled, the taupe toes of pantyhose peeking out from my purse,” she writes. “My swollen lips were now a natural, chapped red, and my cheeks blushed with beard burn.” Taupe toes of pantyhose. It’s been a while since I’ve read a phrase that good, even in poetry.