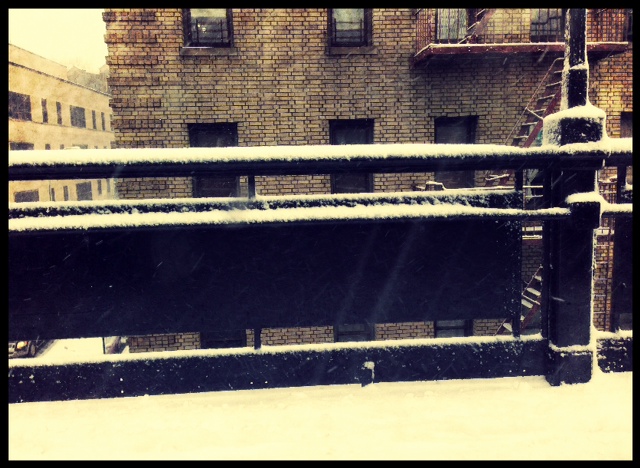 Again with the snow. Meanwhile, the Yanks are looking for a first baseman.

I’m going to skip the Mariano-worship for now. Not that I don’t love him as much as the next guy, but there will be plenty of time to wax poetic over one of our most favorite men to ever wear pinstripes. Hell, we’ve already done it plenty round here and we’ll have the hankies out and cry on each other’s shoulders all season long like a protracted Lifetime version of Yankeeography (wait, isn’t that redundant? Never mind…).

First Base: Tex In The City

This week, Bronx Banter will be collaborating with our new hosts here at the SNY.tv Blog Network to take a look at the Yankees, position by position. We start today at first base.

Having bought out Jason Giambi’s $22 million option for $5 million, thus ending Giambi’s seven years with the team, the Yankees had a gaping hole at first base until last week’s acquisition of Nick Swisher, which I covered in full here. Swisher is coming off his worst major league season, but there’s plenty of reason to expect a return to form in 2009. Still, Swisher’s career rates of .244/.354/.451 are actually a bit shy of the .272/.353/.464 line of the average major league first baseman in 2008, and almost an exact match for the production the Yankees got out of the position last year. Swisher’s real value lies in his ability to hit like a typical first baseman while providing flexibility by bouncing between first and the outfield corners and spotting in center field when needed. As a full-time first baseman, he’s a stop-gap, but there’s no gap for the Yankees to plug. The best opportunity they’ll have to field a superior first baseman exists in this year’s free agent market.

Looking down the depth chart, the Yankees don’t have anything resembling a first-base prospect unless you count catcher Jesus Montero, who is the best hitting prospect in the system. The Venezuelan Montero, who made his full-season debut this year at age 18, could prove to be a poor fit for his current position, and is thus likely to shift to first base as he progresses through the system. Still, he has yet to play a single game at first base as a pro and would be just as good a fit at designated hitter. At low-A Charleston this year, Montero hit .293/.333/.440 as a catcher and .356/.417/.548 as a DH in a similar number of plate appearances. What’s more, the Yankees would be well advised to make every attempt to keep Montero behind the plate given the tremendous competitive advantage that a productive offensive catcher can provide.

Given all of that, there’s no good reason for the Yankees not to make every attempt to sign Mark Teixeira to a huge contract. END_OF_DOCUMENT_TOKEN_TO_BE_REPLACED