Down in the Valley

It’s second and third with two outs in the last inning and we’re down a run. A tight spot, but tighter than you think as it’s the last game of the season and we’re staring at 0-10 if we don’t get these runs home. No team sets out to simply not lose every game, but when the end is three strikes away, it’s the only thing every player, coach and parent is thinking about. As the head coach, I feel like I’ve let these eleven-year-olds down and there’s nothing I can do about it.

As our team looks ahead to a new season, it’s impossible to forget the previous one. We practiced at the end of February to get a jump on the spring schedule. Once we got the basics down, we’d implement our beloved trick plays. I played ball into adult leagues and I had all the time in the world to impart the wisdom of 40 years in the game.

We didn’t see each other again for four months.

We retreated from our offices and classrooms to the dining room table. From hardball at the park to Wiffle ball in the backyard. My wife and six-year-old daughter, previously tolerant of my obsession with the game, became enthusiastic sluggers. My daughter holds all the batting records in the family as the precondition for her participation was guaranteed homers. A Boras-worthy contract. She’d bury her face in the flowers outside the third base line rather than play the field. 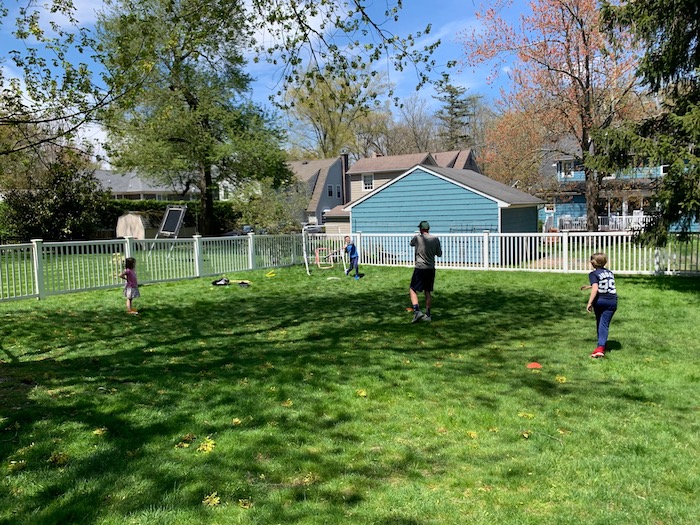 We lost a case of balls to the eager dogs on two sides of our diamond and the flourishing vegetable garden on the third side. The deck off the living room was an inviting right field porch and homers to left peppered the neighbors’ black and red Mini Cooper. We debated what was more offensive: leaving Wiffle balls scattered in their driveway or contaminating their living space by retrieving them.  Even the newly converted ran out of steam when the summer arrived. We hadn’t played in a few weeks when Governor Murphy announced we could have a summer team.

Our first practice was unproductive. I recorded temperatures, tracked transmission rates in vacation destinations and sterilized catching equipment. One positive case would bring the team, possibly the league, crashing to a halt. The kids, remote-learning since March, were finally close enough to smell each other’s farts again and who was I to interrupt their joyful togetherness with the infield fly rule? We would get to the baseball when the time was right.

When we started playing games, we lost. I noticed nobody even bothered to know the score. Enjoyment divorced from outcome. I’m not built that way – I’ve never gotten over the championship I blew when I was ten – but I knew better than to try to impose my hang-ups on them even under normal circumstances. We never had any positive tests, but the losses piled up and the competitive kids were smiling less and the more vocal parents had advice.

We enter the bottom half of the last inning down six and a winless season is three outs away. The pizza arrives in the bleachers for the postgame party. We want the kids to celebrate something, even if it’s just a slice and Coke. Like a flash, a couple of walks and a couple of hits flood the bases and the tying run is on third and the winning run on second with two outs.

In the on-deck circle my son takes a deep breath and bangs his bat on the turf to loosen the weighted donut. He’s the shortest player on the team and has the walks to prove it. As a parent, I feel relief when ball four sails high and wide. As a coach, I feel desperation.

The other manager wants to reassure his pitcher and calls for time. As I run out to second base during the meeting on the mound, I curse myself for my sloth. I never got around to trick plays. Why give them more than they could handle? Unforgivable!

“Joe, take a big lead and when the catcher has the ball, fall down. When they chase you, stay in the rundown until Connor can score.” Joe might have questions but I won’t let him ask them as I’m already running back to third. I brief Connor with even less information.

The first pitch is a called strike. Joe hits the deck and I do the one thing I can think of which is to yell at Joe like he’s dropped a live grenade. The catcher is startled, decides he doesn’t want the ball and zips it back where it came from. I am briefly worried, but I needn’t be because every other living soul within a mile radius has taken the bait the catcher passed up. Their screams spin the pitcher into action and he fires to second as Joe jabs toward the bag. Connor breaks for home. The second baseman watches him tie the game as the ball flies into centerfield. Joe winds up safe at third.

The bench and bleachers erupt. There’s finally a passed ball on the next pitch, “Go! Go! Go!” I scream, but Joe’s head is still spinning and he hesitates and stays, stays, stays. The batter strikes out and we go to extra innings. We exchange zeroes and the umpire calls the game as the sun sets.

We didn’t win, but I can’t imagine celebrating one any harder. Coke cans became Champagne bottles and the kids drenched each other as we reminded them to keep their masks on. You have to really shake that can to cover six feet. Earlier in the summer, baseball was secondary to the camaraderie. That night, baseball was the reason for the celebration. And the virus, while ingrained, was only the background. 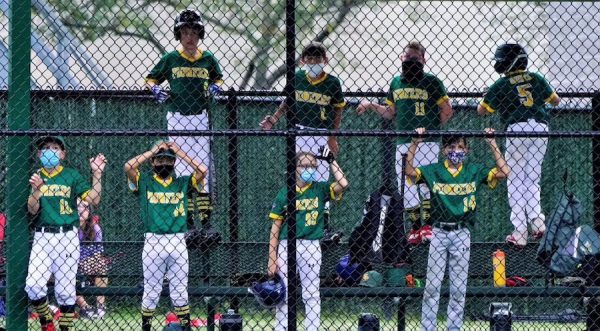 We called it the “Valley Play” because a team named Pascack Valley had used it on us thirty years ago. Don’t tell the kids; they’re still at ease with mystery. It works because when the game is so tight and the players so focused, they don’t consider the absurd. Everyone was shocked to learn that Joe had fallen on purpose. They forgave my recklessness and we stayed at the field until we could barely imagine each other’s smiles in the darkness.

I had trouble falling asleep. Every time I shut my eyes I saw the ball bouncing behind the catcher. Go! Go! Go!  Ties, unlike masks, are un-American.