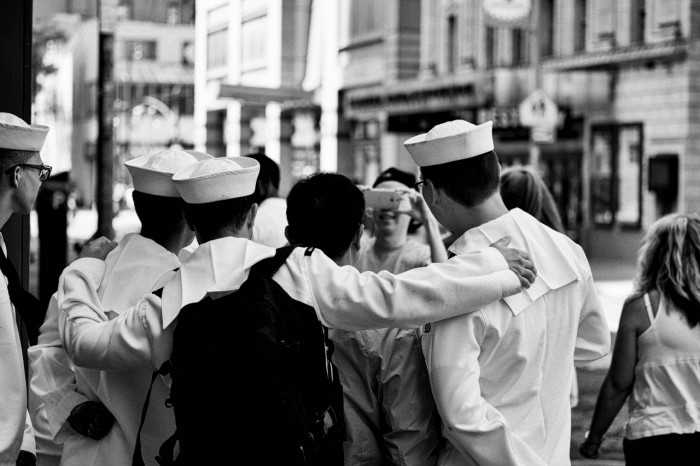 Peter Richmond is a good man, loyal friend, and a gifted writer. Here he is at his best, writing about his father for GQ in December of 1993. The article was the genesis of Richmond’s beautiful memoir, My Father’s War: A Son’s Journey.

To celebrate Father’s Day—and much respect and love to all the dad’s out there—I can think of no finer piece to share with you. Head on over to the Beast and check out–“My Father’s War”:

He survived Guadalcanal, and then New Britain, and then Peleliu, and came home in 1944 to take over the family business, manufacturing paper bags in a gray factory next to the railroad tracks in Long Island City. He married the woman who would become my mother and moved to Westchester County, and died in 1960, at the age of 44, when I was 7, so I never had much of a chance to ask him about his war.

But it was always there. I could hold it to my face. My father’s war was tucked into the trunk that sat in the darkest corner of the cellar: a Japanese flag, stained with Rorschach blotches of blood, the red circle still bright, the field of white crowded with the Japanese characters that identified the man whose blood graced it.

As a child, I spent a lot of time with the flag, running it through my hands, marveling at the liquid feel of the silk, at how different it was from the rest of my father’s memorabilia: the .30-caliber Japanese machine gun, the Japanese hand grenade, the rifles–all of them so inconceivably heavy and redolent of good grease and iron that I knew they carried the real weight of war.