A few months ago I eagerly read Adam Hochschild’s celebrated book about the early days of the Belgian Congo, King Leopold’s Ghost. It is an evocative and engaging read. I was stopped on the subway twice, exactly one week apart, by women saw me reading the book and who were compelled to tell me how much they loved it. I have my own reasons for appreciating it–my mother spent most of her childhood in the Congo–but I think I admire Hochschild’s first effort, a memoir, Half the Way Home, even more. 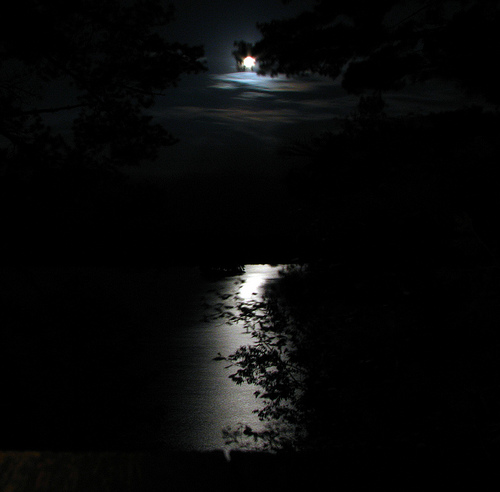 Hochschild’s father was an industrialist. The family fortune was copper. They were plenty rich. Hochschild’s memoir is beautiful–empathetic, not vicious. It is written in the kind of clean, direct prose that I cherish. Everything is carefully considered and focused; I was often struck by what seemed to be left out, how many choices must have been made. There is no fat, no rambling digressions. The imagery is vivid and precise.

Here is a small sample. Hochschild describes being a boy at Eagle’s Nest, the family estate in the Adirondack mountains.

Bed. The time seemed endless, suspended between waking and sleep, between water and sky. Sometimes a guest played the piano, and from my bed I could hear the music echoing out across the smooth surface of the lake. Occasionally, if I woke later in the evening, I could hear the splashing and laughter and voices from the dock which meant that some of the younger guests were taking a furtive late-night swim–something out of the question during the day. Those sounds, too, merged in my mind with that of the music on the water; they seemed an image of promise, of something yearned for but undefined, of the existence of some fulfillment in life that was denied me. It was as if all year I had waited to come here for the summer; all day I had held my breath waiting for some magic moment, and now I saw only its sign; the secret remained locked away.

As I drifted to sleep there came the sound of a solitary outboard motor going slowly through the lake, a boat taking a lone fisherman home at the end of the day. Perhaps he looked up as he passed, and wondered what went on in the dark-browed houses among the trees. Then the hollow cry of a loon, the loneliest of all birds. And the calls of half a dozen other birds, whose names I did not know but whose sounds I will remember until the day I die. And just as the day ended, so did the week, with Father going, and the summer, with all of us leaving Eagle Nest, and finally those summers themselves were no more; their character gradually changed, and the exact moment that happened cannot be pinpointed, any more than you can mark the exact moment you fall asleep.

Wow, he really has it gong on. Poignant imagery. How he described change that cannot be pinpointed, any more than you can mark the exact moment you fall asleep. Nice!

I know, I just LOVED that.

that is a terrific photo! i'm completely nocturnal and "vampire boy." i have what Frank Zappa calls a "studio tan" (i'm really pale). i really feel as though the moon is my..."home planet"!