Mulish Imperturbability: The King of Cool 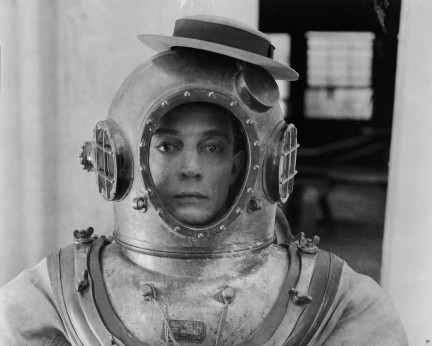 Very early in his movie career friends asked him why he never smiled on the screen. He didn’t he realzie he didn’t. He had got the dead-pan habit in variety; on the screen he had merely been so hard at work it had never occured to him there was anything to smile about. Now he tried it just once and never again. He was by his whole style and nature so much the most “silent” of the silent comedians that even a smile was as deafeningly out of key as a yell. In a way his pictures are like a transcendent juggling act in which it seems that the whole universe is in exquisite flying motion and the one point of repose is the juggler’s effortless, uninterested face.

Agee went on to describe Keaton as having a “mulish imperturbability under the wildest of circumstances.” Remind you of anyone we know? How about our man Rivera. In his latest column for SI.com, Joe Posnanski writes:

His career almost ended before it began, and he was almost traded (twice) before the Yankee pinstripes looked right on him. On the field, he has triumphed under the most intense glare in American sports. Off the field, he has been quiet to the sound of invisible. And all the while, he has looked calm, stunningly calm, the sort of superhuman calm that Hollywood gives its heroes.

Yes, if there is an expression that conveys the Yankee myth, it would be the countenance of Mariano Rivera in the ninth inning. 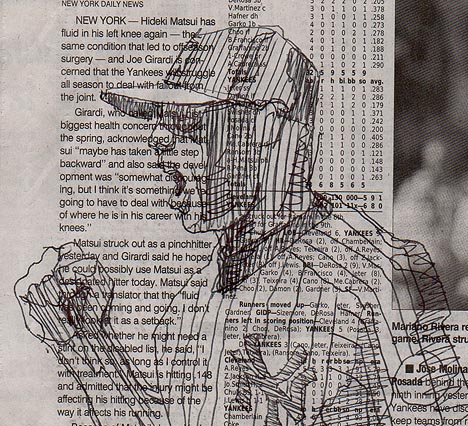 This picture was drawn by an illustrator named Larry Roibal who keeps the most fantastic blog of his drawings.

I draw sometimes for the sake of drawing, sometimes to practice my drawing, or just to pass the time. For years, I’ve been doing morning drawings, done over coffee or on the train. They’re done quickly with ball point pen without tracing or correcting and off they go into the recycling bin without fanfare. It’s somehow liberating to draw something without the pressure to create art. Having drawn pretty pictures for over twenty years, these doodles hold a strange appeal to me, you know, one man’s trash…

Roibal’s throwaways–his practice–are a gift to us. The drawings mostly done on newsprint and they are terrific. 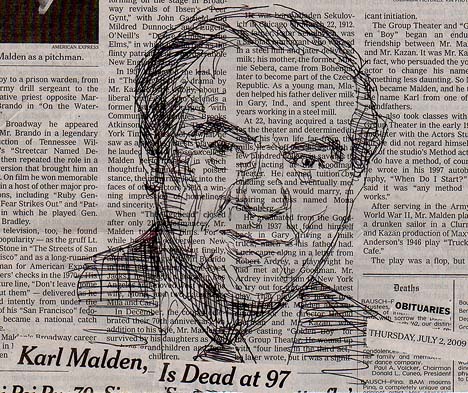 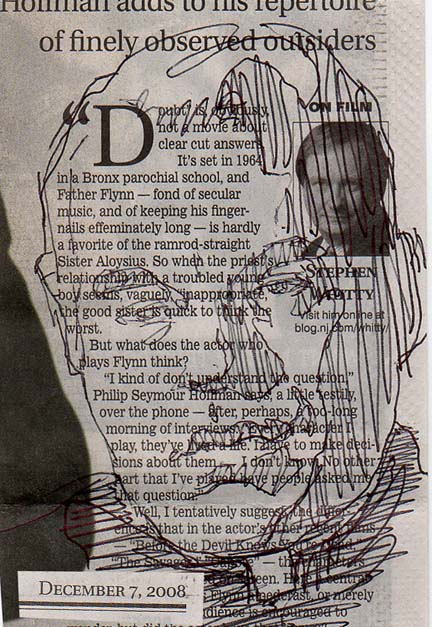 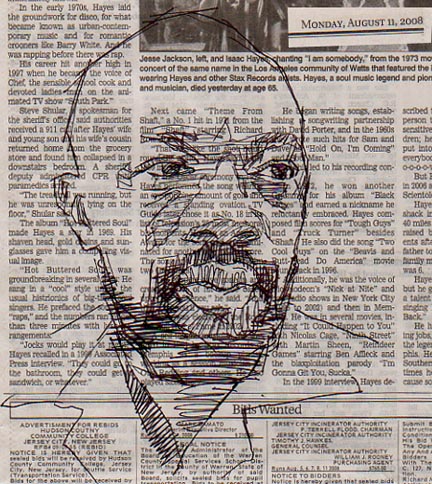 Love Agee. 'Let Us Now Praise Famous Men' is in my top 5.

What a find. Thanks for sharing, Alex.

and let the agita begin!

[3] Straight up for Montero?

Dude will be a free agent in a year and a half. If he's still great and the need is still there, sign him for big bucks then.

BTW - having guys like Montero, who could put up Tex-like numbers but cost the Yanks all of $2M from 2010-2013, is what will allow them to continue to splurge on the best of the best free agents.

Feh, I'd rather trade for Greinke... or nobody at all.