I saw “The Social Network” in a packed theater on Friday night on the upper west side. It was an older crowd sprinkled with couples my age and younger. The audience laughed at some of the clever dialogue and did not show signs of displeasure throughout. I went in not expecting to like to movie because a) I didn’t trust the hype and b) I’m not big on either the director David Fincher or the screenwriter Aaron Sorkin.

Still, no matter what reservations I bring to a movie, I always hope to be surprised. 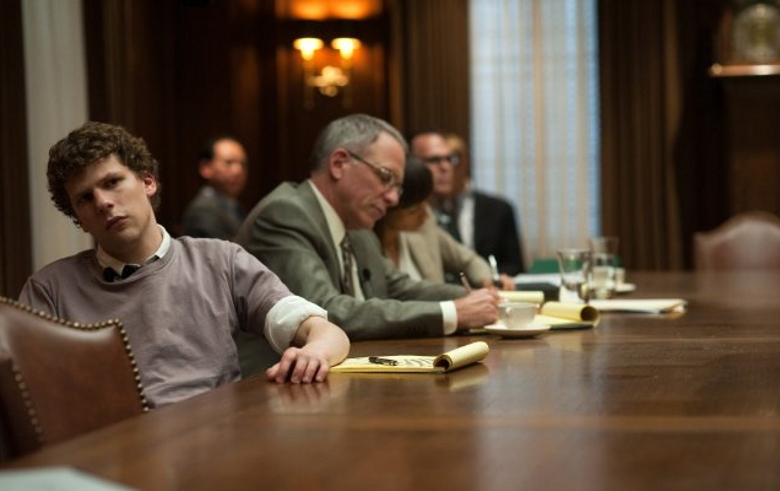 “The Social Network” is brisk and confident, bravura filmmaking, and it throbs along. It is a good, old fashioned melodrama, made by intelligent people–who may believe that they are smarter than they actually are—about intelligent people. Underneath the surface, the rapid-fire-language, the slick technique, there isn’t much happening. The movie is rarely boring but it’s also a somber, portentous journey. I didn’t buy any of it and think the movie verges on self-parody from the onset–the angry drunk nerd, coding and blogging in a fury, the jealous business partners foiled again!

Jesse Eisenberg acts smart, his eyes darting across his computer screen (the entire cast is earnest), but there isn’t much else to his performance but a lot of lip pursing. This Zuckerberg, like the movie, is not a complicated character, but a superficial one. When Zuckerberg is told, “You’re not an asshole, you just try so hard to be one,” it doesn’t ring true because the Zuckerberg in the movie is nothing but an asshole.

I think if the real Mark Zuckerberg ever saw this movie he’d never stop laughing.

Zuckerberg seems to me to be a cross between Rain Man and Bill Gates. What I can't figure out is how the Mara girl got involved with him in the first place. You mean she couldn't spot the fact that he was an asshat earlier.