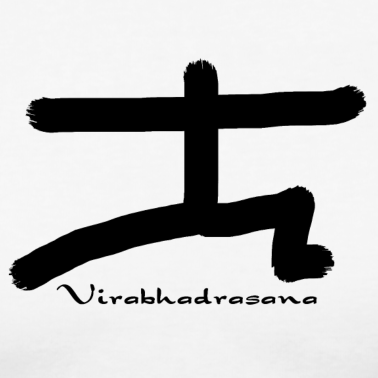 I was never a brave child. I faked a groin injury at a roller-skating party because the other kids were stronger skaters than me. I refused an invitation to try out for an all-star team that would represent America in a Canadian tournament because I didn’t make the cut the year before and couldn’t face another rejection.

More than anything, I don’t want my sons to be paralyzed by that same kind of fear in their childhoods. But at the first sign of trouble, I want to run in there and pull them out of the fire.

Searching for something to occupy our oldest son during his first summer vacation from pre-school, my wife and I stumbled upon a day camp at a local yoga studio. It advertised a full week of art, music, dance, cooking, field trips and, of course, yoga, all appropriate for three-to-nine-year olds. Since our potential camper was three going on four, this seemed to be a viable option to kill off a week of inactivity.

When my wife dropped him off on the first day, he was shy, but also excited. He’s timid in new situations but always loosens up. As my wife looked around, she noticed that though the camp was appropriate for younger kids, only kids seven and older had signed up for this week.

Out of a dozen children, he was the youngest by several years. For some of you who were tough kids or who have tough kids or just don’t think about kids that much, this might not seem like a big deal. But imagine walking out of pre-school one day and walking into second or third grade the next. It has the potential to be scary.

“Im trying not to cry.” She texted me from the bus on her way to work.  “He’s too little, what have we done?”

Should I go get him? No, he’s not an egg, I reminded myself. The instructors will look out for him. He can make it through one day. But I was terrified that he would be terrified and I was angry with myself for screwing up something as simple as summer camp.

We could have researched the camp more. We could have made sure he was signed up with a buddy. We should have been better prepared than we were. I was afraid we looked liked neglectful parents. Sitting at my desk, I could feel I was blushing.

When I got home that night I braced for bad news, but he immediately began to show me some of the yoga positions he had learned that day. He especially loved the pose with his feet up on the wall and his hands down on the floor. And he showed me a pretty decent warrior pose as well.

I was so relieved. I thought everything was OK, that he must have enjoyed the experience. Maybe even he would be excited to go back?

My first clue that this was not the case came when I put him to bed that night. He said, “Today was my last day at camp.” I corrected him , “No, today was your first day at camp. You have four more days.” I put four fingers in the air. He was messing with me and he smiled as he said, “No, it was my last day.” He went to sleep.

The camp posted some pictures of their activities and my wife and I scrolled through the set. Our faces sagged together. All the pictures in the beginning were of the older kids. They were doing a complex art project. They were playing poker for crissakes. My son has never even seen a deck of cards. Even in the wide shots, there was no trace of him. We imagined him curled up in a corner by himself.

And then there he was playing with Lego. And then doing yoga. And then in the music circle. The other kids dwarfed him. He looked like their batboy. It was hard to tell if he was having fun, but he wasn’t visibly upset. We reassured ourselves that he was OK and that we should try another day. Our unspoken doubts hung there in the negative space of our agreement.

When I went to work in the morning, he seemed set to go back. But when he had to walk out the door, he was a mess. And it wasn’t the meltdown of the tired, or of the hungry, or of the bratty. I’ve experienced all of those. This was the last resort of the powerless. Please don’t make me do this.

Clinging to the door frame of the yoga studio, in between sobs, he said, “It’s too hard. I’m not good enough. I can’t do it.” I wish I was there for that moment to help him and I’m glad I wasn’t because I don’t know what I would have done. I might have let him off the hook. He’s too young to worry about all that stuff.

I also remembered the shame I still feel for all the times I shrank away from challenges like this. But whose fear am I accomodating, his or mine? There’s a line somewhere here but I can’t see it.

At the end of the second day, he had survived. There were more tears to come, but smiles too. The next morning was easier. The week passed and maybe he won’t even remember the particulars. But my wife and I will.

After that second day, before he went to sleep, he made it clear that he understood he was going back three more times. But he had also come to another conclusion: 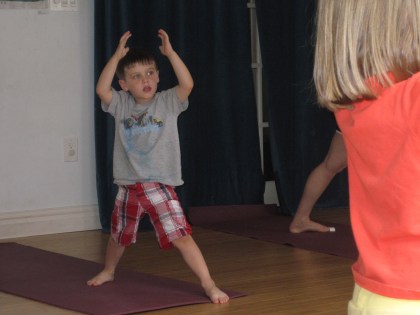 Jon, thanks for this. Jazz Jr will be 4 in a couple of months and I am constantly wondering about things like this. I so want him to be bold and brave and successful and a "winner" (all the things I was NOT as a kid) but also can't push him. I'm lucky to have a very cool, calm and collected Mrs. Jazz to help me guide him on the road to adulthood. Couldn't possibly love anything more than Jazz Jr and the Jazz Princess, and want to try hard to raise them well.

Having said that, if they ever bring home a Kenny G CD I'm throwing them out the house. Ok, slumber time!

Beautiful piece, J. I can only imagine how much anxiety being a parent is, how challenged you are all the time. I don't have kids and my stomach was in knots reading this.

Jon, your story touched home. While my daughter is now a teenager, I remember those milestone events of camp, school, soccer teams, etc., where you're caught between trying to protect your child and giving her the chance to grow -- even if she's kicking and screaming (literally) when hand her to a new teacher, put her on the bus to her first sleep-away camp, or drop her off at the field for a tryout. It's never easy, but the rewards are great. Thanks.

Wonderful piece. I find myself in the same position with my kids frequently -- it is tough to find the balance between encouraging your child in the face of reasonable fear and enabling unreasonable fear. There's similar balances to be struck with discipline, freedom, money, etc.

For me, this line -- "There’s a line somewhere here but I can’t see it" -- sums up the challenge of being a parent.

It seems as if you and I had similar childhoods.

We are expecting another boy in late August and we have a son who is 1 and a half.

This is the type of anxiety I will be battling in the future, and I appreciate your opening up about it. It really helps. Thanks!

To push or not to push, that is the question!

Never a simple decision, Only the best judgment with love and with the wisdom one can muster should rule.