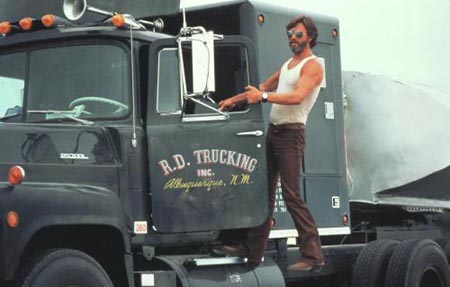 In his new book The Films in My Life, Francois Truffaut writes, “I demand that a film express either the joy of making cinema or the agony of making cinema. I am not all interested in anything in between; I am not interested in all those films that do not pulse.” Truffaut’s dictum may exclude films that some of us enjoy. You couldn’t claim that National Lampoon’s Animal House expresses either the joy or the agony of making cinema. It’s like the deliberately dumb college-football comedies of the thirties–the ones with Joan Davis or Martha Ray–only more so; it’s a growly, rambunctious cartoon, and its id anarchy triumphs over the wet-fuse pacing, the botchy lighting, and the many other ineptitudes. In its own half-flubbed way, it has a style. And you don’t go to a film like Animal House for cinema, you go for roughhousing disreputability; it makes you laugh by restoring you to the slobby infant in yourself. (If it were more artistic, it couldn’t do that.)

But that sort of movie is a special case. Essentially, I agree with Truffaut. I can enjoy movies that don’t have that moviemaking fever in them, but it’s enjoyment on a different level, without the special aphrodisia of movies–the kinetic responsiveness, the all-out submission to pleasure. That “pulse” leaves you with all your senses quickened. When you see a movie such as Convoy, which has this vibrancy and yet doesn’t hold together, you still feel clearheaded. But when you’ve seen a series of movies without it, whether proficient soft-core porn like The Deep or klutzburgers like Grease, you feel poleaxed by apathy. If a movie doesn’t “pulse”–if the director isn’t talented, and if he doesn’t become fervently obsessed with the possibilities that subject offers him to explore moviemaking itself–it’s dead and it deadens you. Your heart goes cold. The world is a dishrag. (Isn’t the same thing true for a novel, a piece of music, a painting?)

The pressing against the bounds of the medium doesn’t necessarily result in a good movie (John Boorman’s debauch Exorcist II: The Heretic is proof of that), but it generally results in a live one–a movie there’s some reason to see–and it’s the only way great movies get made…there’s enough visual magic in [Exorcist II] for a dozen good movies; what the picture lacks is judgment–the first casualty of the moviemaking obsession.

…There’s no way I could make the case that Animal House is a better picture than Heaven Can Wait, yet on some sort of emotional-aesthetic level I prefer it. One returns you to the slobbiness of infancy, the other to the security of childhood, and I’d rather stand with the slobs.

I think she's wrong about Animal House though - I think it's a good film, not just a fun one. Compare it with the similar comedies that came in its wake and you can see how assured Landis' direction is, how well shot and designed the movie is and how effective the performances are (hiring actual actors instead of just comics was a brilliant decision). I have no trouble calling it art.

I really do agree with her, I just think she's selling Animal House short, despite her obvious affection for it - odd given her championing of "trash." I'd be curious to know what she thought of it 10 or 20 years later.

I agree with the whole "pulse" thing in general, including for other art forms. That said, does the pulse in a movie have to come from its cinematic aspects for it to succeed? I'd say this piece confirms, in its reference to Animal House, that it does not. Animal House has a ton of pulse; it's just not derived from the purely cinematic aspects of storytelling. But it IS a film, and its energy shines through.

I don't quite see the point in judging a movie based on a narrow set of criteria like that, to only credit movies that strictly play to the medium's unique strengths. If someone can make a successful, engaging creation that is not wrapped up in "cinema", surely this indicates there are other criteria worth noting.

Not to mention re: Animal House vs Heaven Can Wait - apples and oranges.

[3] I love both movies and they both work on their own terms. I would also argue that both pulse with a love of making movies! The pulse from the Beatty/Henry film comes from it's obvious love of classic-era Hollywood romantic comedy - updating its conventions for the 70s, but staying true to it's basic innocence. Animal House is a totally alive film - part of the pleasure is you can feel those guys (Landis, Ramis, Chris Miller, Doug Kenney & co.) glee at making such an oddball, subversive big budget movie for a major studio. "Oh boy is this great!!!" - writ large.

I don't remember Exorcist II, either. Might be fun to re-watch. Kael liked it more than most Boorman movies--she was very tough on him, though she loved his semi-autobiographical movie Hope and Glory, which is a wonderful movie.

[7] I love Hope & Glory and like a lot of Boorman's stuff, but I have never seen Exorcist II. I know it is commonly mentioned in the lists of worst movies ever - but Boorman and Burton getting wiggy? Sounds fun even if it doesn't work.

Alex, did you see Boorman's film The General, with Brendan Gleeson and Jon Voight? I thought that was a really good one.

8) Yes, the one that was shot in color but processed in black and white. Recall liking it at the time but have no memory of it now.

[9] Yeah, I watched it on Netflix instant and it came through in color, so I turned down the color all the way and watched it in B&W. It's clear it was lit for the B&W.

I like Point Blank, Hell in the Pacific, Deliverance...even Excalibur.

I enjoyed this article and it does make me want to read the book, so well done for that!
If you've not read The Conversations, I highly recommend it. It brings some more texture to the debate on how to regard film and the myriad components that add to (or detract from) its unique beauty as an art form. It's basically a series of interviews between editing legend Walter Murch and author Michael Ondaatje, a quick read but both entertaining and educational.

Zardoz, now there is one wacky Boorman movie. Sheeee-oot

[12] The one with Sean Connery in a skirt? Yikes..some wild, wacky shit going on the 70s. I've heard that perhaps there was a lot of drug-taking in those days, perhaps this had an influence?? :)

[5,6] Man, I can't think of Convoy without seeing Homer singing the title song into Bart's new microphone and speaker toy. The episode where he gets stuck down a well. Classic!

[14] Oh man, you just reminded me how brilliant that episode was. It's been too long. "That little Timmy's a hero!"