More than the Moolah 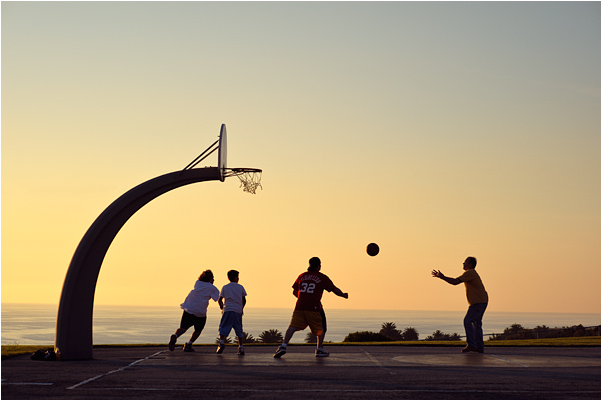 Here’s Charlie Pierce on the end of the NBA lockout:

The NBA lockout was as exclusively about money as it was exclusively about astrophysics. One way you know this is that the settlement that finally was reached was one that could have been reached last June. Like Henry Kissinger and Le Duc Tho in 1972, the league and its players struck a deal they could have had much earlier, and without the extended bloodletting in the meantime. The players took a reduction in the amount of basketball-related income — and can we find a rocket and fire that little bit of business-school jargon off to Pluto, please? — while winning some concessions as regards the league’s salary structure and in the rules regarding free agency. And that was pretty much it after five or six months of loud public wrangling — a brief outburst of authentic MBA gibberish and (poof!) back to work, gentlemen.

Another way you know that it wasn’t really about economics is that the league’s economic public case for its position became more and more preposterous as the weeks went by, and even the public began to notice that it was being taken for a fool. The hilarity hit high tide for me when David Stern started going around explaining that 22 of his 30 franchises were losing money. Tell me, do you suppose that when Stern sat down and chatted with the Nike corporation, or with the People’s Republic of China, to name only two of the wildly successful authoritarian operations with which the league does its business, the first thing he explained while pitching the NBA to them was that 73 percent of his league was in the red? Did you, at any time, expect to see Herb Simon, the shopping-mall billionaire who owns the “small-market” Indiana Pacers — a team that he bought for $11 million and which is now estimated to be worth $269 million — swiping the leftover bourbon chicken off abandoned plates in his various food courts unless the players surrendered to him a chunk of their dough? Of course you didn’t, because your mother didn’t raise a fool when she raised you.

…Stern’s concern for his league’s fans was as transparently phony as was Carnegie’s concern for his workers. (Hearing the commissioner’s unctuous solicitude for the paying customers must have occasioned rueful chuckling, and projectile vomiting, in Seattle.) His primary constituency is a group of 29 men who don’t have to deal much with unions in their principal occupations anymore and who, therefore, are not accustomed to reacting well when the help gets, well, uppity. The lockout was THE perfect oligarch’s answer.

They got most of what they wanted, which means that most of them are probably very unhappy. The league suffered a public-relations debacle that very nearly became a public-relations catastrophe. But David Stern showed himself to be the tinhorn-in-charge once again, and there will be games on Christmas Day. God bless us all, every one.

Well who cares, really? The NBA demographics have passed me by. I used to be a fan in the mid 90's, but the culture of the game has left me. It's not a racial issue, but more that mid - 20 year old millionaires working on their "brand" that sets me off. I'll retire to my 46 year old rocking chair now.

[1] Save a corner for me, Pops, as I'm also not one of the lucky 446 who got to argue with billionaires over how many millions I'm entitled to. I'm lucky if I can even get a call for work during the winter, much less pay for an overpriced ticket to an NBA game where the team I would root for doesn't even stand a good chance of playing the entire game. A total exercise in elitism that fueled the popularity of talking heads for both sides. Feh.

What's the difference between young millionaires in football, baseball and basketball? I don't see it.

[4] Coverage in the press and marketing. Basketball has become the ultimate star-oriented pro sport in the USA, thanks to the marketing gurus who partnered with sneaker companies. Football is halfway there with so many players trying to outdo each other with after-play celebrations (wide receivers have become the divas of pro football, combating directly with prima donna head coaches and quarterbacks). Baseball has some elements of each, but mostly is still a team-oriented game where one or two superstar standouts is more often a non-factor to the long term goal rather than a blessing or advantage.

At any rate, no one is really crying for millionaire athletes these days, it's the borderline cases that can go either way that intrigue me the most. Once they are millionaires, good for them, have a great life. If not, man, it's tough to be around so many financially successful people and you're not one of them.

we'll probably be in demand to cater for all the millionaires. we'll charge them a fortune!

[6] Heh, I'm looking forward to advising them, "Anything that you had to acquire a taste for is officially off your to-do list forever! Order in from Pop Burger, you can afford it!!" >;)

You should hire yourselves as nutritionists. "Nah, man, you don't wanna eat that. It's bad for you. Ew."

I don't feel sorry for the players at all, but I love the NBA, and I'm glad it's coming back. The Knicks will still disappoint, but at least they don't suck now. Too badly. Right? Maybe?

i'm with mr. ok jazz on this one.
it was a lockout and i'm sorry the players had to give up any money much less as much as they did just to do their job.
i am really glad there will be basketball this winter though.

I'll say the same thing I always say, having the Knicks to watch (and actually be good) makes baseball get here a whole lot faster. So I'm on board.