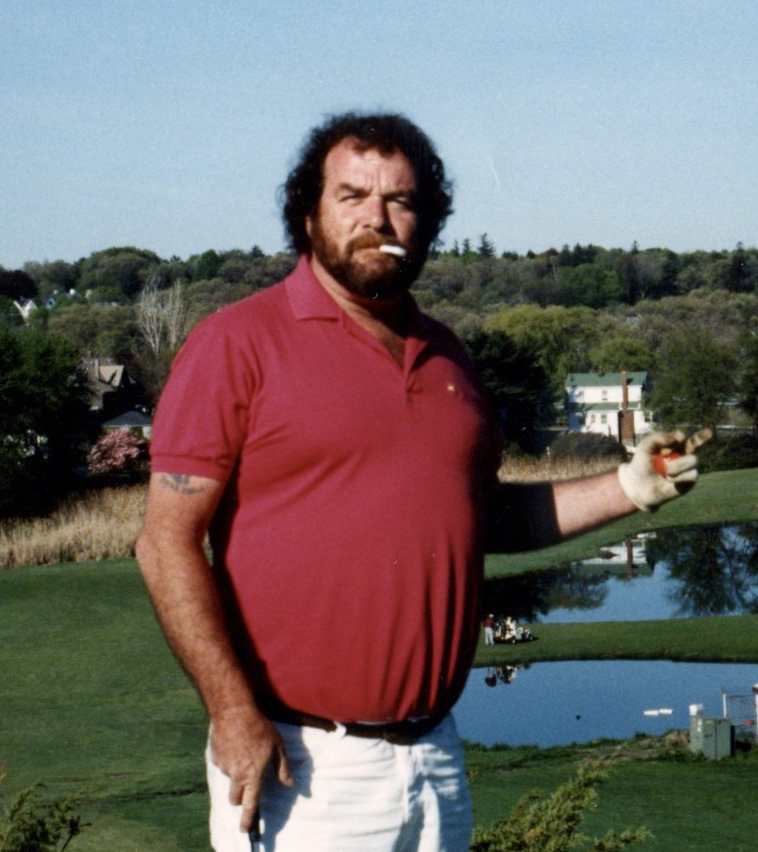 Over at Deadspin, I profile the late George Kimball:

George Kimball hung upside down some 70 feet in the cold Manhattan air, still in need of a cigarette. Well, the doctors had said smoking would kill him, hadn’t they? The previous autumn, they had found an inoperable cancerous tumor the size of a golf ball in his throat and given him six months to live. Five months had passed. He’d finished his latest round of chemotherapy, and now George, 62 years old and recently retired from the Boston Herald, was at the Manhattan Center Grand Ballroom in 2006, to cover a night of boxing for a website called The Sweet Science.

He’d never set foot in the place before. He didn’t even know what floor he was on when he went for a smoke between fights. There was a long line at the elevator so he went looking for a backstage exit and stepped out into the winter night, onto a tiny platform seven stories over the sidewalk. And then, as George would later tell the story, he plunged into darkness.

His leg caught between the fire ladder and the wall. He knew right away it was broken. He dangled from the fire escape like a bat—except bats can let go. He tried calling for help but his voice was too weak from the cancer treatments; he could barely whisper. Also, he wanted that fucking cigarette. A security guard, ducking out for his own smoke, found him, and it took another 20 minutes before the paramedics could get George on his feet. They wanted him to go to the hospital for X-rays but George talked them out of it. His wife was a doctor, he explained, and with all the chemo, he had more than enough painkillers at home.

He went back to his seat to watch the last two fights. Afterward, he hobbled to a drug store and bought a knee brace, an ice pack, a large quantity of bandages, and a lighter to replace the Zippo he lost in the fall. Two days later George would go to a hospital to set his broken leg. But that night, he went home. His wife Marge cleaned the scrapes on George’s arms, and he took a big hit of OxyContin. Then he filed his story on the fight.

* * *
George was a large man with one good eye, a red beard, a gap between his two front teeth, and a huge gut. He was a literate, two-fisted drinker who never missed a deadline and never passed up an argument. One night, when he was 21 and partying in Beacon Hill, he was struck on the side of the face with a beer bottle. That’s how George got his glass eye.

It became his favorite prop. “You’d be amazed,” he said, “by how many people ask you to keep an eye on their drink.”

George began his career when Red Smith and Dick Young were the lords of the press box. On the night he fell out of the Manhattan sky, he had been a sports columnist for close to 40 years, “the last of his kind,” according to Michael Katz, the longtime boxing reporter for The New York Times. He drank one-eyed with Pete Hamill and Frank McCourt, smoked dope with Abbie Hoffman and Jerry Rubin, and did with William Burroughs and Hunter S. Thompson whatever was in their heads to do at the time. George covered Wimbledon and the Masters, the World Series and the Super Bowl and more than 300 championship fights. He golfed with Michael Jordan and sat in a sauna with Joe DiMaggio. “He’d show up with Neil Young,” Katz said, “and get drugs from the Allman Brothers. Mention a name and he’d somehow know the person.”

Check it out if you get a chance. I’m proud of the effort I put into this one. 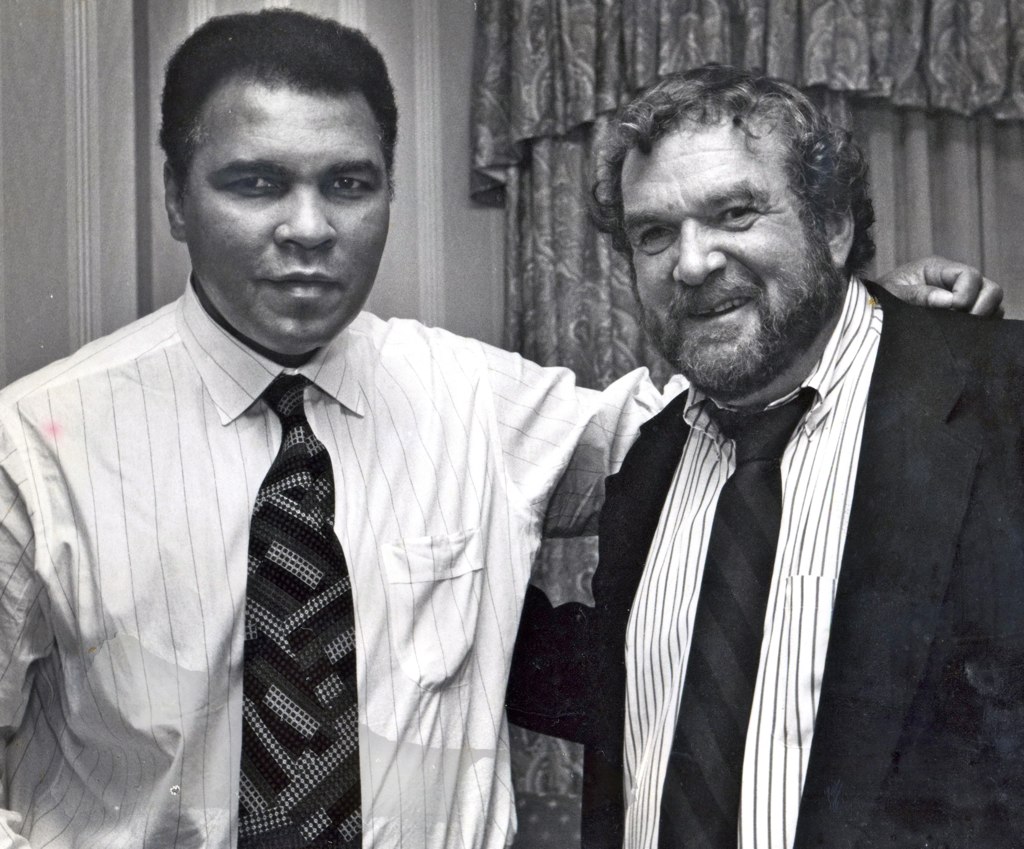 and Jon Weisman is (rightly) singing your praises on this piece

Thanks, guys. I learned a ton doing the piece, and, George was a terrific character.

What's it like for you regulars to bask in the greatness of Mr. Belth? What a privilege.

Great stuff, Alex. I love the part about Thompson lobbying for a job at rolling stone for George.

Just a wonderful piece. Not surprise of course. Wasn't aware of George Kimball before reading it, and now I feel like I kind of missed out on something.

[0] Beautiful piece, Alex. It was a pleasure to read it. I bet your friend Mr. Schulian gave it high marks.

I don't care for boxing at all, but "At the Fights" is on my Christmas list nonetheless. With writing that good, who wouldn't want to read it?

[5] To be honest, its freaking awesome, and I am grateful to have the privilege - and I bet your DT regulars feel the same way about you, Jon.

Great work Alex. I know how much you put into this effort and it shows.

Thanks, guys. Means a lot. And, I'm psyched you enjoyed the piece.

Great piece, Alex. Cheers. George's lifestyle would have been raked over the coals, along with all the other old partiers, if Deadspin and the intertubes were around 30 years ago. I wish more writers today were like him. ; )

Great stuff! Had not heard of him before but want to read Four Kings now.