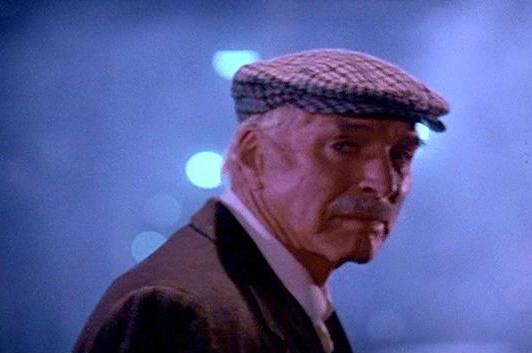 After 13 seasons, Melvin Mora has decided to retire from baseball. The announcement, which was made last week, went largely unnoticed, but that’s not really much of a surprise. After all, most people probably didn’t even realize he was still playing (in 2011, Mora played 42 games for the Arizona Diamondbacks before being released at the end of June).

Never a superstar, Mora did have a very productive career, compiling 26.5 Wins Above Replacement and producing an OPS+ of 105, which isn’t too bad for a player who filled in at seven different positions during his time in the majors. What makes Mora’s career interesting, however, is not how he performed in the majors, but how long it took him to get there.

After eight seasons and over 3,000 plate appearances in the minor leagues, Mora finally got a taste of big league life in 1999. A product of the Houston Astros’ Venezuelan player development machine, Mora never blossomed in that organization, but a strong campaign with the Mets’ Norfolk affiliate that year finally helped earn him a promotion. Although Mora had to be ecstatic about finally getting to play, facing Randy Johnson in his first big league game may have had him rethinking all those years he toiled in the minors. When Mora played in his first game, he was already 27, which, by rookie standards, is rather long in the tooth. Since 1901, only 1,177 non-pitchers have debuted in the majors at that age or older, and just over one-quarter of that total lasted long enough to play a season’s worth of games. Mora defied the odds, however, and stuck around for 13 years.

Among players breaking into the majors at age 27 or older, Mora ranks ninth in terms of cumulative WAR. At the top of the list is Jackie Robinson, whose debut was delayed by baseball’s color barrier, followed by Ichiro Suzuki, who got a late start in the majors because he previously spent nine seasons playing inJapan. Considering the extenuating circumstances pertaining to Robinson and Ichiro, Bob Johnson is more aptly considered the player who made the most of a late start. In 13 seasons following his promotion at the age of 27, Indian Bob posted a cumulative WAR of 53.2 during a career that featured seven All Star appearances. Who knows, had Johnson broken into the big leagues sooner, he could have end up as a Hall of Famer?

Late Bloomers: WAR Leaders Among Players Who Debuted At Age-27 or Older At the other end of the spectrum is a player like Bob Lillis, who had the misfortune of being a short stop in the Dodgers’ farm system while Pee Wee Reese was going strong. In addition to be being buried on the depth chart, Lillis also had to contend with frequent injures, but, at the age of 28, he finally preserved by making the majors in 1958. Lillis actually had a very strong debut season, batting .391 in 69 at bats, but found himself now taking a back seat to new starting short stop Don Zimmer. After his first season, it was all down hill for Lillis, who ended up with an OPS+ of 55 and WAR of -6.9 over a career that spanned almost 2,500 plate appearances in 10 seasons. Apparently, good things don’t always come to those who wait, but at least Lillis qualified for the pension.

Lillis was lucky to stick around for so long because so many others in a similar situation were only given a fleeting glimpse of life in the majors. Moonlight Graham is probably the most famous case of such a player. At age 27, the right fielder finally got his big break, but it only lasted for 1 1/3 innings as a defensive replacement. Graham went on to become a doctor, and his story became immortalized on page and screen, but so many others had to be content with a page in the baseball encyclopedia (click here for list of players who appeared in one major league game). When you think about, even that’s not so bad, considering the thousands of career minor leaguers who would have given an arm and a leg (and some probably did) to join them.

Melvin Mora could have been one of those long suffering journeyman who never realized his dream. Instead, he is retiring after 13 productive seasons in the majors. Fortunately, Mora had the patience to wait for his chance, but it makes you wonder, how many others forfeited a big league career because theirs ran out?

One of my personal favorite late bloomers is Matt Stairs, though he doesn't exactly fit the examples here. He made a couple of brief appearances at age 23 and 24, with a desperate Montreal team. But he really didn't get a shot until he was 27 or 28, after which he has gone on to have a nice career mostly as a part-time player (but some fine full-time seasons too).

[1] Stairs has had a very under appreciated career, and by all accounts, is supposed to be a genuinely nice person. I recall reading an SI profile about the bond he built with the people in Mexican town where he played winter ball,and he came across as an honest-to-goodness nice guy.

(How amazing is the internet? I read the article almost 15 years ago in a barber shop, and one click on Google brings it back again: http://sportsillustrated.cnn.com/vault/article/magazine/MAG1011731/index.htm)