If I Had My Druthers, There Would Be No World Hunger 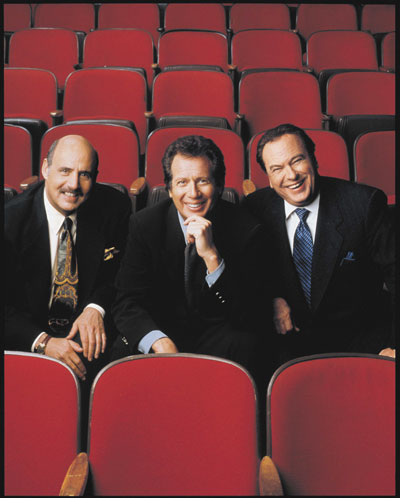 Matt Zoller Seitz is a gifted and engaging critic of popular culture. Today, he starts writing about TV for New York magazine. Here’s a piece he wrote in 2010 about The Larry Sanders Show, a Bronx Banter favorite if there ever was one:

If one were to make a list of the most influential TV series that almost nobody watched, HBO’s The Larry Sanders Show would be at the top. During its 1992-1998 run, it never got the industry accolades fans felt it deserved, and although it routinely ended up on critics’ year-end Top 10 lists, it got a meager handful of Emmy nominations and just three awards, a paltry number for a series that was often called the best thing on TV. And it rarely drew more than a couple million viewers per episode, a decent number for a premium channel in the pre-Sopranos era, but puny by broadcast network standards.

History, on the other hand, has rendered a glowing verdict. Created by actor-writer Garry Shandling and Dennis Klein, The Larry Sanders Show changed the look and feel of TV comedy. Its influence was felt almost immediately, and its impact continues to resonate. Although it wasn’t the first half-hour series to strip-mine the comedy of embarrassment, affect a laid-back, naturalistic style, or do without a score or a laugh track (except in the talk show sequences), the program’s combination of these elements was so distinctive that they amounted to a new template—one that subsequent programs borrowed and customized. From actor-writer-producer Ken Finkleman’s seriocomic Canadian series The Newsroom through the British and American versions of The Office and NBC’s current hit 30 Rock, which often feels like Larry Sanders played at double-speed, the series evokes that apocryphal line about Velvet Underground: Three thousand people bought their first album, and every one of them started a band.

Best show ever.
And yeah, Matthew Zoller Seitz is great. Thanks for the link to the Sanders piece. Hadn't seen it.

Seitz is a terrific critic. I find him engaging and thoughtful even when I completely disagree with him (which isn't very often). I hope somehow at New York he can bring back his weekly Mad Men recaps when the series returns.

2) Yeah, I find that I don't share his tastes but I still appreciate his take on things.

3) I find his insights generally keen and he hits a tone I appreciate, i.e. smart and incisive, but also somewhat warm and human. He's not all touchy-feely -- he's got teeth, but his writing is never snarky for its own sake.

i remember watching it a coupla times back in the day. i know it was good, but i wasn't too into back then. probably just watched it 'coz it had my name in the title! i was in college when it came out, so it was Classical music 17-20 hours a day...

i do, however, LOVE The Office. i prefer the US version to the UK, but i've seen all the original british episodes and they're fun, too.

I started re-visiting Larry Sanders on Netflix streaming recently, they have the entire series, and it holds up beautifully