I Ain’t ‘Fraid of No Ghosts

“If you were a ghost, would you rather hang out in an empty house with other ghosts, or with people and have a good time?” 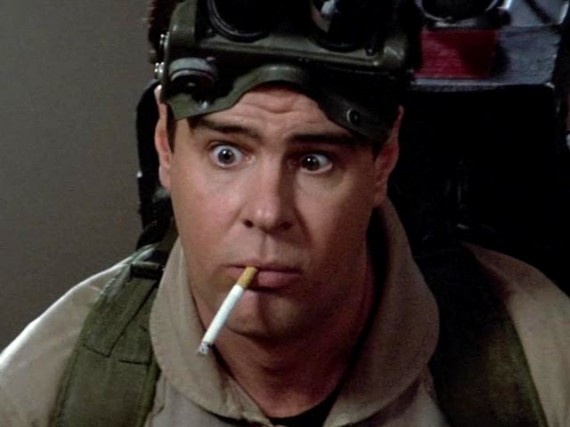 Case you missed it, here’s Pat Jordan’s little essay for the Times magazine on the Dixie Ghostbusters:

Except for the eerie flickering of our flashlights, we batted away low branches and overgrown shrubs of the old cotton plantation in total darkness. There was no moonlight. It was, Grady Carter noted, “a perfect night for ghosts.” At that point his nephew Andy held up a hand and pointed into the woods. “I heard voices,” Andy said. We all stopped. Chris Carter, his cousin, whispered, “I see a red light.” “The spirits of dead slaves,” Grady confirmed. “A demonic orb.”

Grady, 66, is the winner of three purple hearts in Vietnam; his son, Chris, 41, is a former long-haul trucker; and Andy, 46, is a former bodyguard. Now all three Carter men are Twisted Dixie, a team of paranormal investigators — or, to use their less preferred term, ghostbusters. For fees upward of $2,000 per demonic possession, they camp out at night in clients’ houses, barns, businesses or woods and “document paranormal activity,” Andy explains, referring to “ghosts, demons, poltergeists.” Twisted Dixie grosses a little more than $50,000 a year, sometimes charging fees for long investigations and sometimes working on spec at famous sites like Fort Sumter and the Burt-Stark Mansion in Abbe­ville, S.C. — often called the birthplace and the deathbed of the Confederacy, and the home of Twisted Dixie. No matter the job, they always work at night because, they say, that’s when ghosts tend to whisper.

I spook very easily but I'm fascinated by the whole "ghost hunting" phenomena that's come around in the last few years and some of the locations they visit. I'm dying (no pun intended) to make a trip to Louisiana to the Oak Alley Plantation - people have said there's old spirits there too (plus the place is freakin' beautiful!)