I recently found a diary that I kept in 1985. I turned 14 that June. Pasted to the pages are ticket stubs  from the movies I saw (“View to a Kill,” “Mad Max Beyond Thunderdome”), from the Eric Clapton concert my mom took me to for my birthday, and the ball games I saw. There’s some writing in there, updates on Pony League games and school work,  but there’s more drawing than writing. 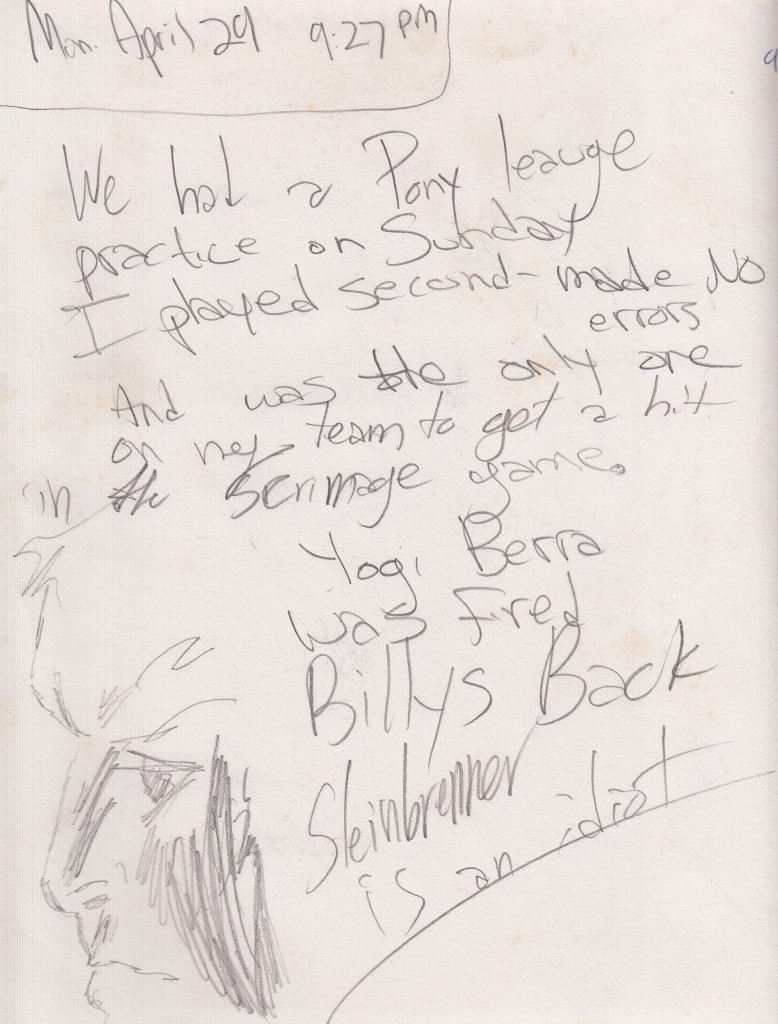 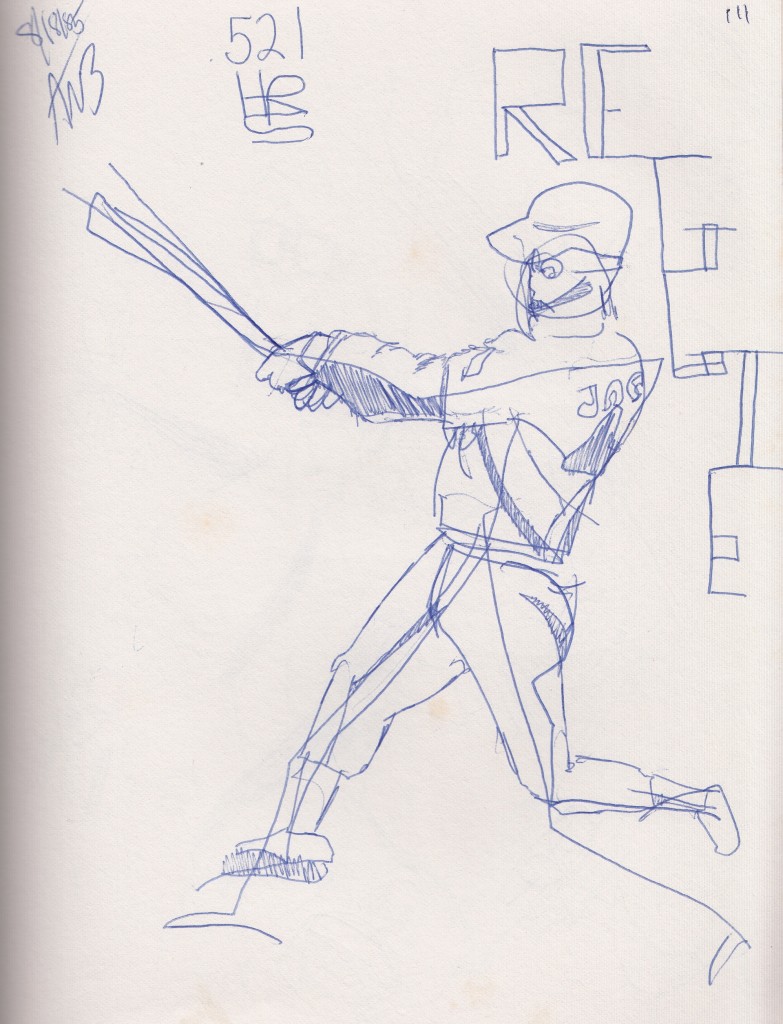 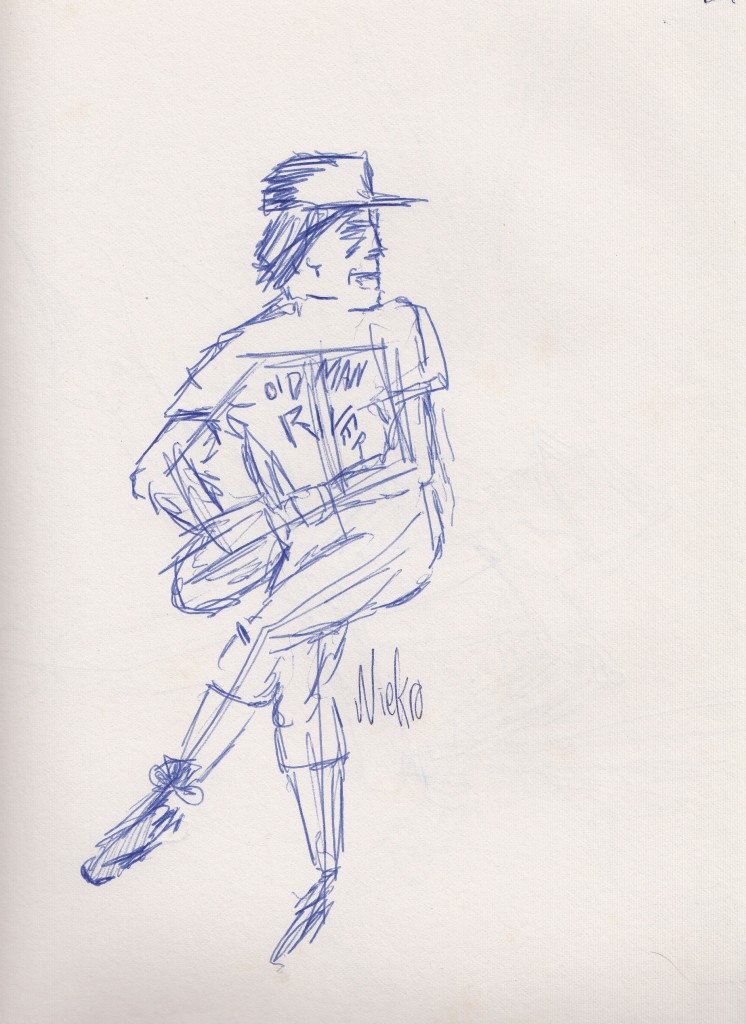 In August my mother rented a cheap little cabin for a week out near the tip of Long Island. My twin sister, Sam,  and one of her friends came along with us. The highlight of the week was finally getting to see “Back to the Future,” which I’d be pining to see for weeks.

What I’ll remember most, however, is listening to the Yankees on the radio. The night before we left, I went with my father to see them play the first of a four-game series against the Red Sox. The Yanks won in extra innings and then won again on Saturday and Sunday too. On Monday afternoon, Ken Griffey made a great catch in the 9th inning as the Yanks swept the Sox.

Mom didn’t want us watching TV while we were on vacation  so I had to listen to the games on the radio. But I begged her to let me watch the news later that night to see the highlights and she did. The next day, Griffey’s catch was on the back page of the Daily News. We bought the paper and  I copied the picture into my diary. 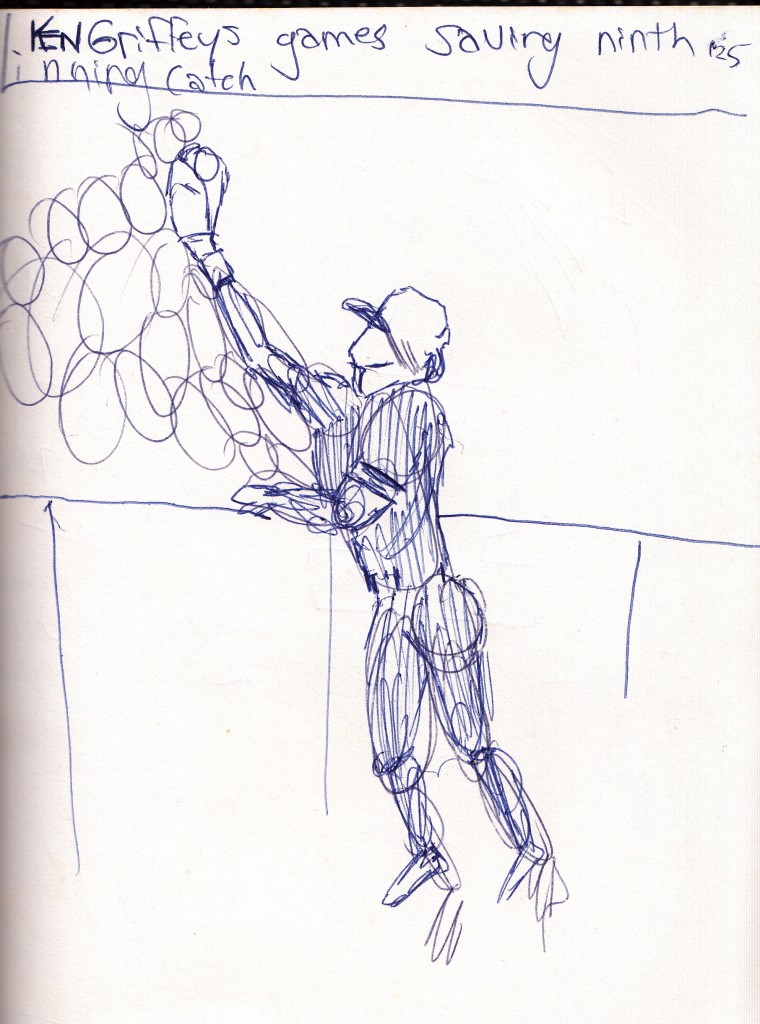 That’s my favorite Yankee catch of the 1980s (which is saying something considering how many sick plays Winfield made). 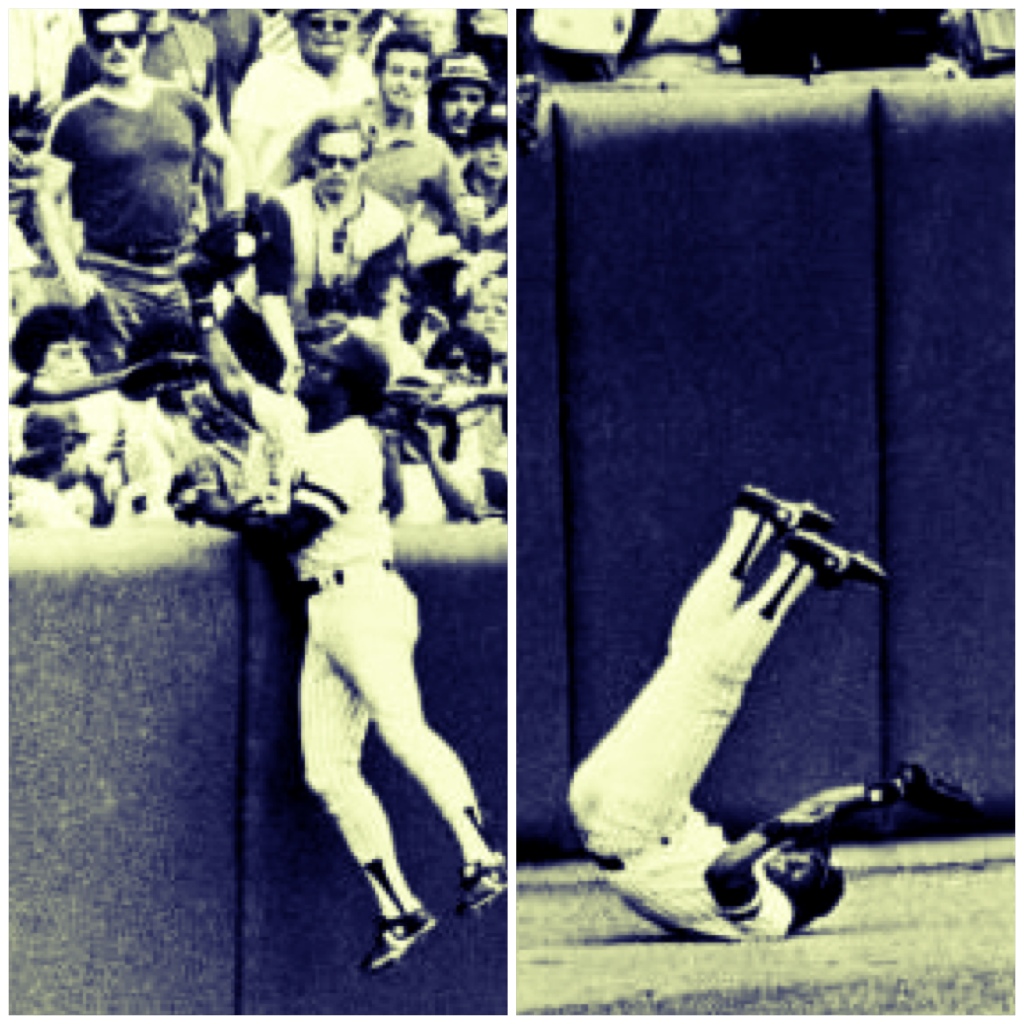 "Steinbrenner is an idiot " Those were my sentiments exactly around that time.
Love the Griffey catch.
Good stuff.

George was such an ogre.

I was there for the Griffey Sr catch. My neighbor and his dad took me, huge Sox fans, but good sports and no real trouble in the stands for their hats. Perhaps my reggie shirt served as sort of a shield.

I also remember thinking that the rivalry was something strange and old-fashioned, out of the past, increasingly inaccessible and that time would smooth it over. Whoops.

3) Dude, you were at so many memorable games back in the 80s! That's aweseome. Where were you sitting that day?

Funny, but nobody talks about how Reggie played for the Angels more than he ever did for the Yanks.

[4] For the Griffey game, I was sitting Upper Deck, mid way up, 3rd base side of home plate so that you kind of had to lean down to see the left field corner.

And between this game and the Reggie returns game, I got very lucky in the 80s. When I went to see Frank Thomas however in the early 90s, my dad locked the keys in the car in the lot while it was still running and Thomas got tossed for arguing balls and strikes.

The last time my father and I were at Yankee stadium, we were trying to park in a lot, and the guy running it pulled out a barricade right in front of us, and my father started driving in anyway.

The guy shouted, "What the F..K man!!!" My dad pulled this iron-on Yonkers Police patch from the dash and flashed it like a badge. (My brother was a cop in Yonkers). The guy shouts (That don't mean s..t man! This is the Bronx, and you can't just run me over!!!"

My dad didn't say a word, he held the patch and just stared at the guy.

Surprisingly, the guy opened the barricade and let us in though. I always thought we would return and find our car burned to a cinder, but it was fine.

I remember hearing about how Steinbrenner worked in the parking lot one day, as he was a micromanager. He wasn't working that night though.

6) Thanks for sharing that. Ah, the old days!

This is my favorite post in a very long time --- may I suggest that you post on anniversaries this summer (ie May 10 on May 10)?