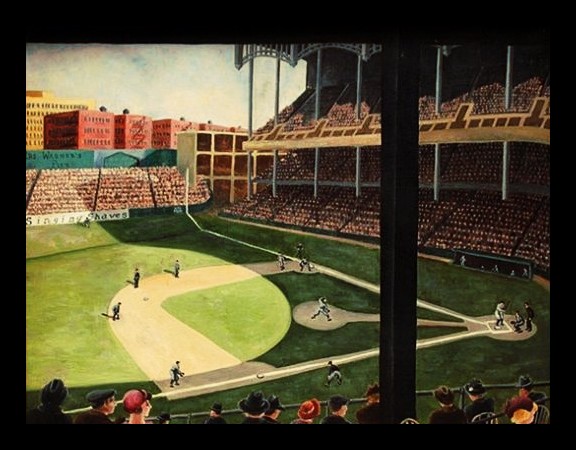 I got an e-mail from my pal John Ed Bradley the other day with an attached image of this painting:

I bought the picture at auction in Florida last week. It’s by an artist I collect named Reeves Brace. She died in 1932 at age 34. Her name at birth was Virginia Reeves. She used her last name as her first name when she became an artist and married Ernest Brace–an eccentric but nice touch. Most people just called her “Reeves.” Her husband was a fine writer named Ernest Brace; his brother helped start the publishing firm Harcourt Brace.

Reeves was a member of the art colony up in Woodstock, and she often worked in NYC. She might’ve painted this scene as a magazine illustration. I’ve been collecting her work for years although it is difficult to find and rarely comes up for sale. Her obscurity is largely a result of her early demise. Distraught as a result of a failed marriage and the stress of surviving as an artist during the Depression, she hanged herself by her silk stockings from the bathroom door of a hotel room in New York City.

She was quite the beauty, too. She still had a steady hand when she painted this canvas. I find her fascinating and have long hoped to dig deeper into her life and write about her. For now, I content myself with her oil paintings that hang in my writing studio.

The auction house didn’t identify the location but I think this is Yankee Stadium circa 1930. I think some of the artist’s details tell the story and might help us determine the year it was painted. The ads along the outfield wall (Mrs. Wagner’s Pies, Singing Shaves), the buildings in the background…all should provide clues.

Did deep outfield really have a hump like that where warning track now would be? The artist also gives us the depth of the fence in right and shows how the lime stripe tracked up what looks like a board pole.

I love how the figures with their backs turned to us are dressed. Everyone has his or head covered. The men in fedoras, one with a flower or a card or something in the band. They appear to be wearing jackets.

I asked Glenn Stout–winner of the 2012 Seymour Medal for “Fenway 1912”— when the picture could have been painted and he pegged it somewhere between 1932-34. The “Mrs. Wagner’s Pies” sign was up from ’32-’35, he told me. “Google tells me that a sign that read ‘Ever Ready Blades for Singing Shades’ graced the fence in 1932 (see listing at bottom of page).”

It was either the spring or the fall because the fans were dressed for the cold weather but since there is no bunting it wasn’t a World Series game. And:

There is no warning track, but there always was at Yankee Stadium – an actual running track, and the feature was later adopted elsewhere one they realized it was useful. There was , actually, a short, mild rise in CF and Right Center – past the warning track and the stands – the track didn’t skirt the edge of the stands precisely , but was an oval, so it was in front of the stands in CF and fight center, to stay even. So the painting is not accurate, but merely representative. 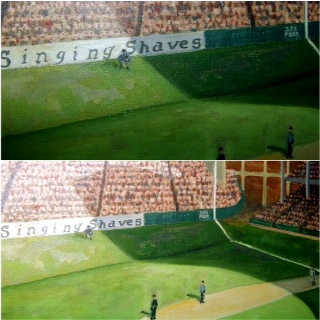 Of course, I was able to identify the batter. 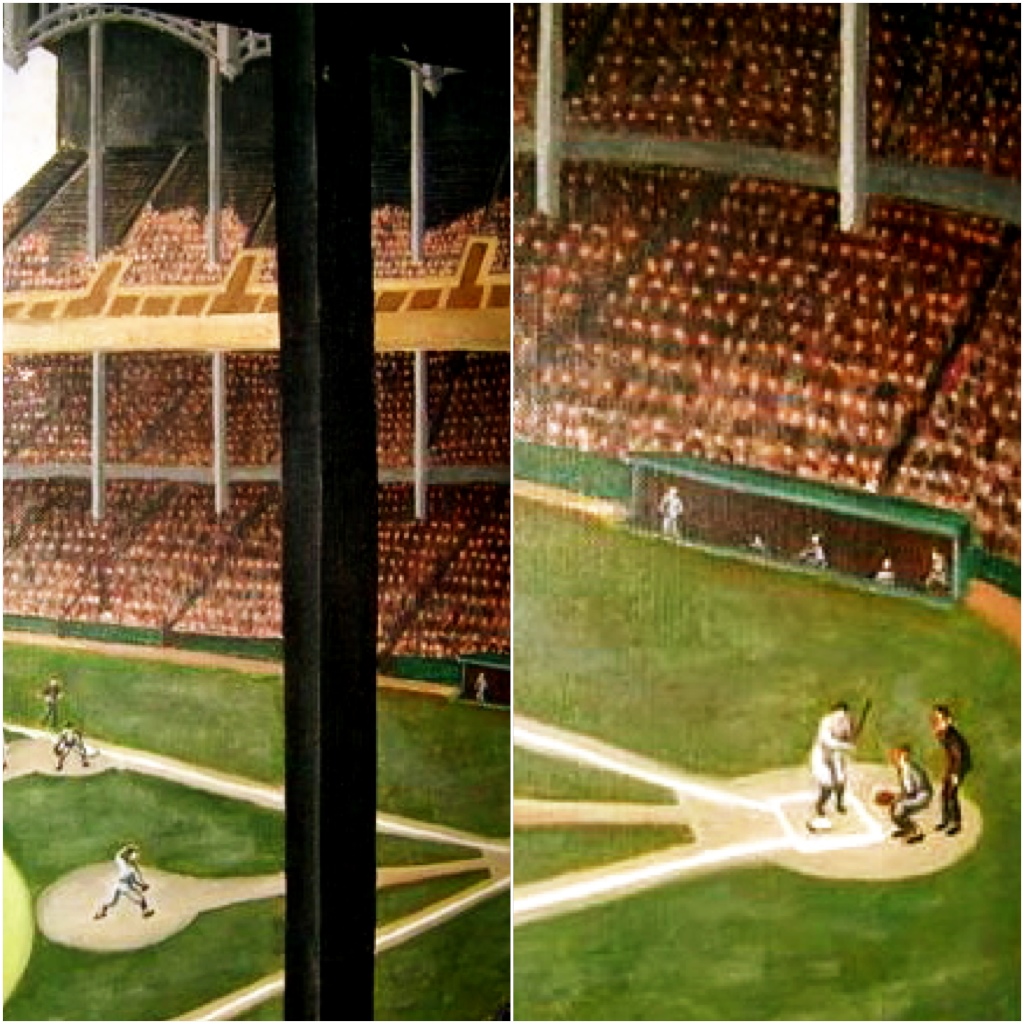 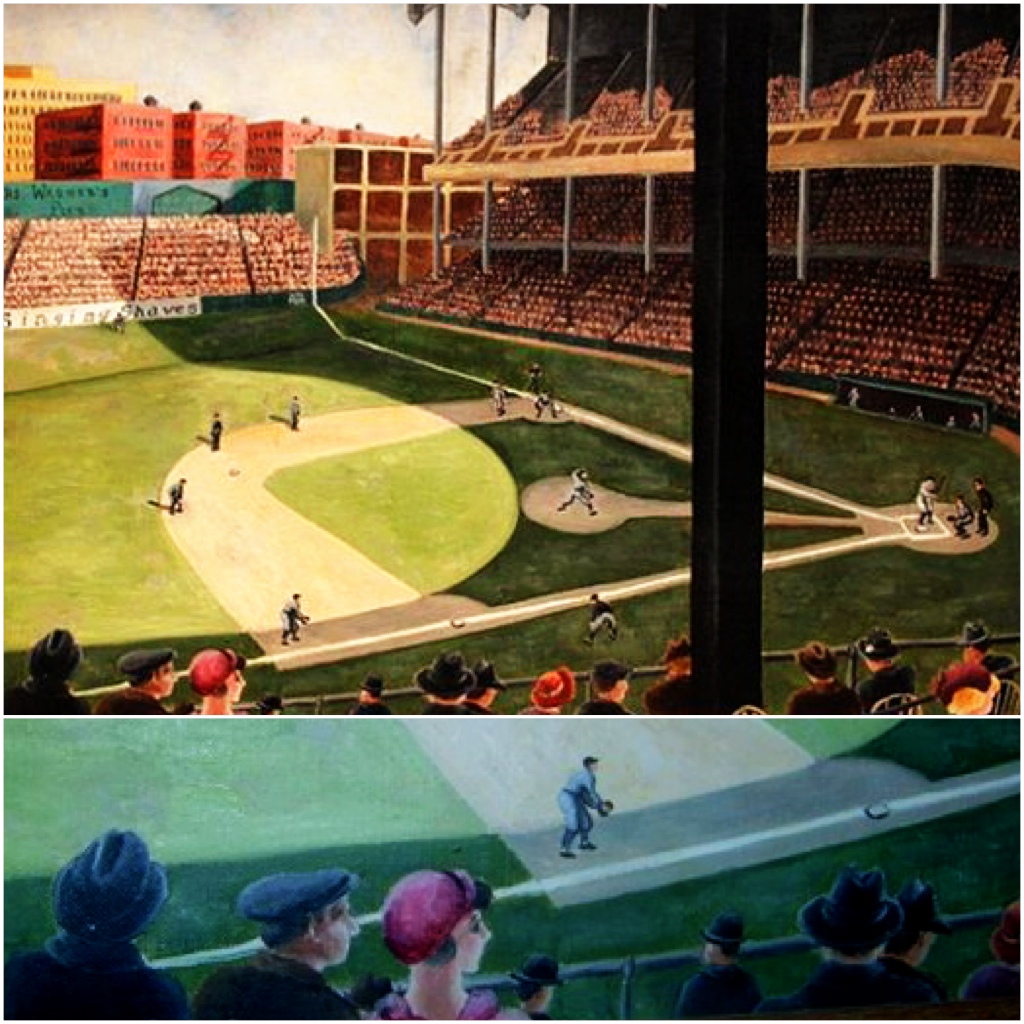 What a find by John Ed. I thank him for sharing it with us. 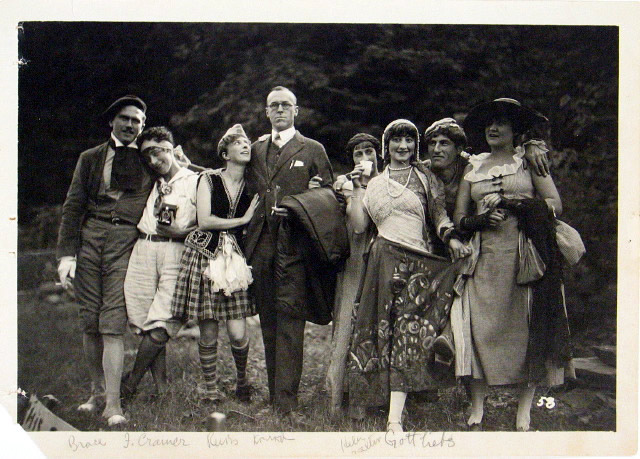 Left handed batter for the NY Yankees in 1932? Hmmm, who else could it be to warrant such a painting.

Back when i lived in South Carolina I'd attend USC (would love to see an all USC-USC BCS game, Gamecocks vs. Trojans) baseball games. They start in mid-February -- actual meaningful baseball games going on this weekend! They've got a good field, but it appears there's a dip right when the outfield starts on the left side of the diamond. It has too be intentional, the field is otherwise well too maintained and built to be otherwise.

Check it out. A pic from New Paltz my alma mater, and that of famed blogger Al Belth.

That picture is great, in that everyone really looks like an artist. It looks like a pretty rowdy group except for the distinguished looking guy with glasses. He looks a bit out of place.

Very cool artwork too! Thanks for sharing!

Maybe the guy that Reeves is holding is her husband from the "failed marriage?"

I would love to get a print of that! Amazing.

Famed blogger Al Belth went to New Paltz? So there is another connection. I too attended New Paltz for a few undistinguished years in the very early '70s, until we had a mutual parting of the ways.

I think the stance of the batter is very distinctive.

Virginia Reeves really was a hottie.