Hiroki, the Hammer, and the Great One 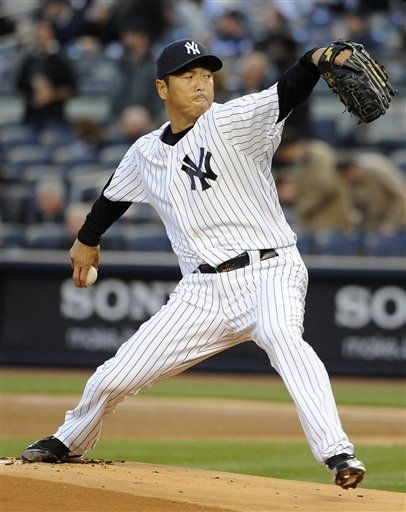 When I was a boy obsessing over all things baseball back in the 1970s and 80s, the Baltimore Orioles were universally viewed as the game’s model franchise. A part of this perception was a residual of their three straight American League pennants from 1969 to 1971 (and World Series win in 1970), but there was more than that. The O’s returned to the Fall Classic in 1979 and 1983 (winning it that year), and along the way they seemed to do it the right way.

In many ways, they were the polar opposites of the Yankees, who insisted on buying free agents and dealing away their prospects. The Orioles built slowly and steadily, hanging onto their farm products long enough to watch them develop into outstanding players like Hall of Famers Eddie Murray and Cal Ripken, Jr. Everyone loved the Orioles.

Then came Camden Yards, the first of the new wave of retro parks, in 1992, and Baltimore seemed poised to return to prominence and continue its three decade run of success. After winning the division championship in 1997, however, the Orioles quickly dissolved into mediocrity and irrelevance.

Somehow these Orioles have surprised everyone and climbed into first place in the American League East, and they carried that banner with them as they arrived in New York on Monday night.

Waiting for them on the mound for the Yankees was Hiroki Kuroda. With the New York starting rotation in an absolute shambles, Kuroda chose the perfect time to come up with the best outing of his Yankee career. He pitched seven strong innings, striking out four and allowing only a single run on a Chris Davis sacrifice fly in the second inning.

Aside from that blemish, Kuroda was in control the entire night. Things got a bit interesting, however, in the seventh. Nursing the 2-1 lead provided by Eric Chávez’s second-inning two-run home run, Kuroda ran into a bit of trouble when Nick Markakis opened the frame with a single, advanced to second on a long sacrifice fly by Adam Jones, and was joined on the bases when Matt Wieters was hit by a pitch. To make matters worse, Kuroda uncorked a wild pitch to allow the runners to move to second and third.

When the Yankees and Orioles matched up in Camden Yards two weeks ago, it was clear that Russell Martin felt the Baltimore players were stealing his signs, and on Monday night it was clear he hadn’t forgotten. Apparently leery of Wieters — a catcher himself — perched at second with a perfect view of their signs, Martin and Kuroda seemed to ditch their signals entirely. Instead of flashing digits from behind the plate, Martin marched out to the mound every few pitches and the pair seemed to be calling two or three pitches at a time during each conversation.

There was a ring of paranoia to the whole thing, but it worked. Kuroda struck out Davis to get the critical second out, then faced our old friend Wilson Betemit. On the second pitch of the at bat Kuroda unleashed a breaking ball that skipped off of Martin’s glove and bounded away towards the Baltimore dugout for an apparent wild pitch. Markakis immediately sprinted in from third in an attempt to tie the game, but the ball didn’t bounce quite as far away as he might have expected. Martin pounced on the ball like a cat and flipped it back to Kuroda. Picture the mirror image of Jeter’s flip from eleven years ago; the result was the same. Kuroda neatly applied the tag, and the inning was over.

From there the bullpen took over. David Robertson worked the eighth inning, and as Michael Kay and Kenny Singleton related a story in which John Smoltz suggested that Robertson might chase down Orel Hershiser’s consecutive scoreless inning record, the Alabama Hammer did what he does, hammering down three nails in the Baltimore coffin on three straight strikeouts of Betemit, Mark Reynolds, and Robert Andino. As is usually the case with Robertson, it wasn’t just that he had struck out the side, it was the thoroughly dominant manner in which he did it. His fastball never pushed north of 93 MPH, but all three hitters were completely overmatched. Robertson ended April with eleven innings pitched, seven hits, three walks, and eighteen strikeouts. It seems blasphemous to make the comparison, but there’s only one reliever I’ve ever seen who is so fluid in his delivery and so powerful in his command of the strike zone.

That man took the mound in the ninth and left three outs later. Yankees 2, Orioles 1.

[0] "It seems blasphemous to make the comparison,"

I don't think its blasphemous. Should the time come when the Great Rivera, our beloved MO, no longer closes games, the Mighty Hammer seems a most suitable successor.

We'll just have to come up with an appropriate honorific for him. "Praise Be To The Alabama Hammer" doesn't exactly roll off the tongue.

Awesome recap, Hank - nicely written! I especially liked the way you ended it, so cleanly.

Echoing Shaun's praise, you guys really are of one mind with the recaps and it's beautiful. I'm anticipating them as much as the actual games now. Great job Hank and crew!

Thankfully, April is Small Sample Size month.
Aside from the Orioles record.... and Our Mighty Three (ARod, Cano and Teix), we have the Best Player in Baseball, Sir Albert, with a sub .700 OPS and NO HRs.

A 13 and 9 record is not much to brag about, but considering our Pitching and middle-of-the-lineup fail, it's actually pretty amazing. If our 3 studs decide to start hitting, we could be unbeatable.

Kuroda was really impressive, especially getting out of the jam in the 7th. The strikeout of Davis was enormous, in the dirt and getting the key 2nd out. Robertson looks to be the next Mariano, but lets not forget that it's taken 16 years to find a successor.

[0] Robertson sure did hit his spots last night, it was indeed something to see.