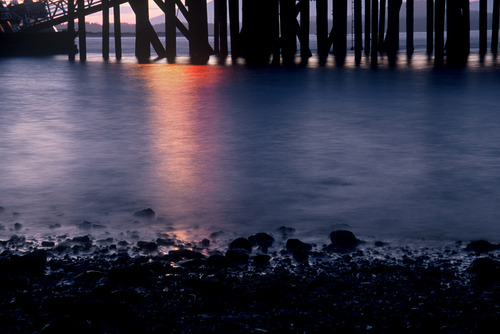 Good piece on a group of session musicians called “The Section” by David Browne in the new issue of Rolling Stone:

[Danny] Kortchmar’s terse guitar riffs, inspired by his hero Steve Cropper, nudged their way into the songs. He had his own rules: “The parts gotta be simple. You gotta help the song. Don’t step on the singer.” Kunkel became known not just for his firm, unobtrusive playing but as one of the few drummers who would read the words to a song before recording. “I’d get a feel for what the artist was trying to portray,” he says. “If it’s a love story and doesn’t require big drums, what can I do to complete the story?”

…They may also be the last of the great session crews, before home studios, Pro Tools and GarageBand made studio ensembles superfluous. With them, a style of pop – and of making records – came to an end. “I’m running around with a baton in front of me and there’s no one to hand it to,” says Sklar. Asked to name their successors, producer Rick Rubin – who occasionally uses a small, hand-picked combo when recording with acts like Adele and the Dixie Chicks – pauses. “I’m not sure,” he says. “You don’t really need bands anymore.”

Kortchmar, Kunkel, Wachtel and Sklar have been approached about participating in a rock & roll fantasy camp devoted to rhythm sections. “If one of your ambitions is to hang out with Sammy Hagar, you’ll be disappointed with us,” Kortchmar says. “But we want to demonstrate what it’s like to play in an ensemble. That isn’t taught much by anyone.”

I caught this article the other day - terrific stuff.

I had accidently found a playlist on Youtube for the Funk Brothers; highlighting the music they did for Motown and such by playing mostly instrumentals of well known tracks. It's incredible the amount of craft that goes into something that is supposed to be in the background and support the singer(s). That's largely what's missing from much of today's music; the lack of support in what is mainly programmed soundscapes that often overshadow the song itself. I think MTV Unplugged tried to address that indirectly at some point (but naturally the novelty of hearing an act sing or rap to acoustic versions of their studio songs smushed that aspect of it) and often live concerts expose the superficiality of the acts themselves unless they were a performing band to begin with.

Now this is not an indictment of what we like to call Golden Age Hip-Hop because of the use (and sometimes overuse) of samples; not at all. Sampling used to be an artform in that it creatively constructed genuine sounds from either well-known or obscure rhythms and such; the best of which gave renewed attention to their source. What I do object to is the rcycling of that and using it for the same purpose.

I admit to being somewhat conflicted though when it comes to electronica as a appreciable form of music. While I love groups like Daft Punk and Kraftwerk for creating a soundscape type of music that stands on its own, I feel the synthesizing drums, strings, horns, etc comes with a big price: technique and appreciation of other forms that involve the physical craft work; i.e. practice and learning notes, timing, etc. If you find it easy to replicate the sounds of R&B or garage rock with your keyboard or Mac Pro, then there might be a large disconnect from the talent and craft, and therefore the appreciation for that it takes to create it when you don't have access to electricity, or for exploration of sound on the fly, or a million other possibilities.

1) I don't know much about the records these guys worked on but I like their approach that their musicianship is about serving the story of the song.

[3] They worked on some records I adore and others I can take or leave, frankly, but their work was always first rate. Since they were the top dogs in 1970s LA, they got pigeon holed for "soft" stuff, but they could/can play anything. The stories are pretty nutso, too.