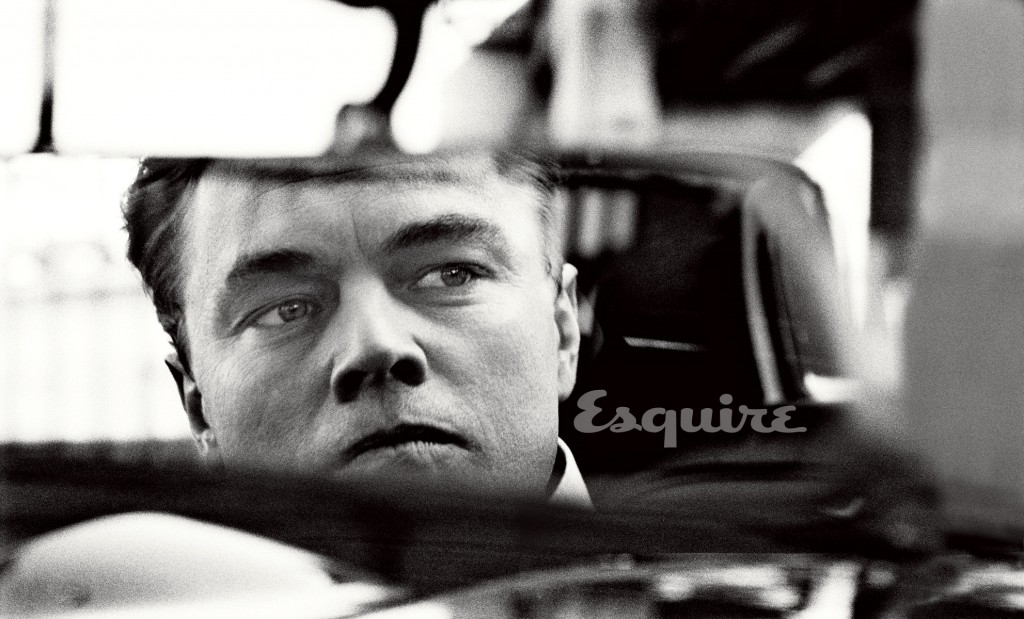 Tom Junod profiles Leonardo DiCaprio in Esquire and it’s a good one:

Guy walks into the venerable Hollywood establishment Dan Tana’s. Different guy — not Leonardo DiCaprio. But this guy, Rick Yorn, has something very valuable in a place like Dan Tana’s back in 1999 — he has Leonardo DiCaprio, whom he has represented as a client since DiCaprio was a kid. When the kid was just a teenager, he made two movies that announced his talent to a new generation of moviegoers the way, says one of his friends, that The Graduate and Midnight Cowboy announced not just the arrival of an actor named Dustin Hoffman but also a whole new style of acting. The movies were This Boy’s Life and What’s Eating Gilbert Grape, and in the first one the kid stands up to Robert De Niro, in the second to Johnny Depp. And then he made Romeo + Juliet and Titanic, which made him, as a very young man, the biggest movie star in the world. So when Yorn goes to Dan Tana’s to meet some friends, he gets summoned to the table of a tanned old man in big black eyeglasses, Lew Wasserman.

Wasserman is the wise old owl of Hollywood, in the sense that he has night vision and talons. He’s a combination rabbi and mobster, pope and Caesar, Darryl Zanuck and Henry Ford — he invented the industry he lords over. And now he wants to speak to Yorn about his client.

“Lew was old and near the end by this time,” Yorn says. “He died a year or two later. But he knew I was Leo’s manager, and he wanted to give me some advice. He said, ‘Only let them see him in a dark room.’ It took me a minute to figure it out. But what he meant was only let people see him in the movie theater. That’s the dark room.”

It’s harder now, Yorn says. It’s harder to live out of the public eye than it was in Wasserman’s day. Every citizen has a camera, and every tabloid photographer has a camera with a telephoto lens. The kid lives in a celebrity surveillance state. Still, he’s done a pretty good job of “maintaining his mystique,” Yorn says — of making his living in the dark. And besides, he’s not a kid anymore. These days, when you call Rick Yorn and tell him you want to talk about Leonardo DiCaprio, this is what he exclaims:

He’s been a pretty good king, as kings go.

No, we don’t know very much about him outside the dark room, by his own design. What we do know is that he’s been doing what he’s doing for a very long time, and that he seems to have created for himself a life of unalloyed advantage. He has meaningful work and meaningful friendships. He has the power to make any movie he wants and a choice of both directors and women. He can go anywhere he pleases and has lately chosen to go where he feels he can do the most good. He’s not only talented but driven. He’s dogged in everything he’s ever done, a largely unschooled man who’s learned the value of doing his homework. If, at times, talking to him about life is like talking about food with someone who’s never done anything but order from a menu — well, the menu has been both expensive and extensive, and he’s learned enough to know exactly what he likes. He is always in ferocious demand, and yet he has always been in equally ferocious control of his own life, from the time he was very young. Is there anything else we can possibly ask of him, other than to lose control of his life, for our benefit? Is there anything else we can possibly ask of any of them, be they Leonardo DiCaprio or Brad Pitt or Matt Damon? We have a prejudice about kids who become kings, in that we like to see them earn their crown, preferably by enduring some kind of trial — by going off to battle or taking speech lessons or marrying a tragic queen. But what can we possibly ask Leonardo DiCaprio to endure, to prove himself to us? Can we see him as any less a man because he made the road to manhood look so easy?

read this last week and loved it, Junod is the best.

it in no way got me excited for Gatsby, but it got me REALLY excited for Wolf of Wall Street.

I've certainly admired his career. He's a really good actor. I don't think he's had what anyone would consider a mega-flop of a film.

I like that term--Mega Flop. Some things just sound funnier than others. Like that scene in the airplane hanger in "Fletch" when they talk about the Fetzer valve.