F is for Fugazi 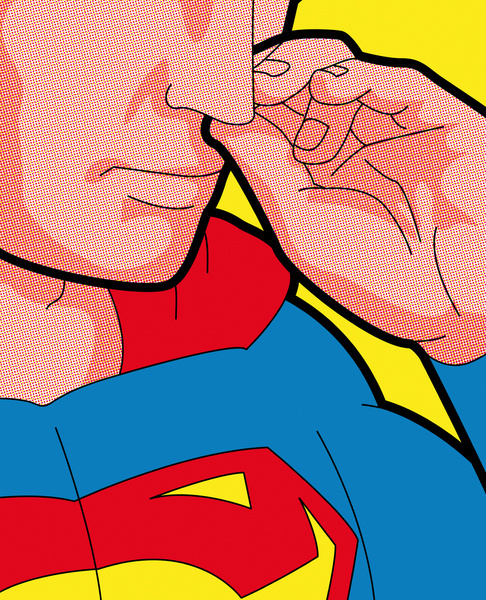 Is there any good reason for anyone to believe anything Dwight Howard says at this point?

He’s on the market again. On Monday, as the bell announcing the opening of the free-agency market was still pealing, he was being romanced by Houston and it was said that the Rockets were attractive to him at least in part because Texas has no state income tax. (This is a nice perk if you’re Dwight Howard the ballplayer, who will be making a gazillion dollars and can afford your own private police force. It’s a bit of a drag if you’re Dwight Howard from the Third Ward who’s trying to get him some public services.) Yao Ming Skyped in to pitch the team, and Howard’s also met with Hall of Famers Hakeem Olajuwon and Clyde Drexler, as well as with James Harden, who likely will not be joining them in Springfield. He’s going to take the grand tour. Howard will be meeting with Golden State and Dallas, too, before deciding whether he wants to pick up the great burden of being a celebrity athlete in L.A. again.

Is there a bigger fake in this league? Seriously, the guy came into the NBA with a smile on his face and Bible verses on his shoes, and there hasn’t been a player in my memory who’s dived for every nickel with the enthusiasm this guy has demonstrated. (Dwight? Rich man. Camel. Needle’s eye. Google these terms along with “New Testament” and get back to me.) He can’t help being injured. He can help being miserable, though, and this guy is simply never happy. He wasn’t happy in Orlando. He wasn’t happy in L.A., and he’s not going to be happy wherever he ends up next. This would be tolerable if he brought championship ball with him. (Shaquille O’Neal wasn’t always a field of buttercups, either.) But the guy doesn’t necessarily help you win. He looks great — not good. Great — in the uniform. At the baggage carousel, there’s nobody more formidable. On the court? Not so much. He couldn’t really mesh with Kobe Bryant and he never really got along with Mike D’Antoni, and now he’s back running the grift again. Please, Houston, sign this guy. Moses Malone will come back from retirement just to kick his ass.

Then there’s Chris Paul, who has condescended to return to Los Angeles now that the Clippers gave him 107 million good reasons to be coached by Doc Rivers. This is another guy with a costume-jewelry résumé whom the league nonetheless slobbers over. You have your analytics and I have mine, but if you’re a big-money point guard, the basic metric is whether you can get your team to win anything and, right now, Paul’s got one division title with L.A. He, however, has fewer rings than Rajon Rondo or Mario Chalmers. But he gets to hold up the Clippers to the point where they raid another team for its coach, throw the league into an uproar, launch a brawl between my favorite person in the NBA and my, uh, boss, and all so that Paul won’t take his stylish, couldn’t-beat-the-Grizzlies-with-a-hand-grenade hindquarters somewhere else in the league. The barstools are full of point guards who guided their teams to a loss in a six-game playoff series.

DH will never be a winner because it's always about him. Real superstars like magic, bird or MJ had huge egoes too, but it was always about winning.

I for one do not feel sorry for the Clippers that Chris Paul has stuck them up for $107 mil. Their owner has to be one of the worst human beings in the world, and if a superstar wants to sock it to him and tolerate being his employee, I'll sign that petition. James Dolan may be a douchey gnome, but he's not nearly as much of a fetid troll as D. Stirling.

The only trouble is, of course, Paul is stuck with the Clippers.

[1] He's trying to get lucky with a Big Three of his own. That's why he asked Houston who else they were planning to bring in. If it were about winning, he'd go to Golden State or Indiana. As far as I can tell, he's got a big-fish-small-pond mentality. The world would stop spinning if he went to Miami though, could you imagine?

Yes, he's stuck with them, and I don't feel much sympathy over that either. No one forced him, after all.