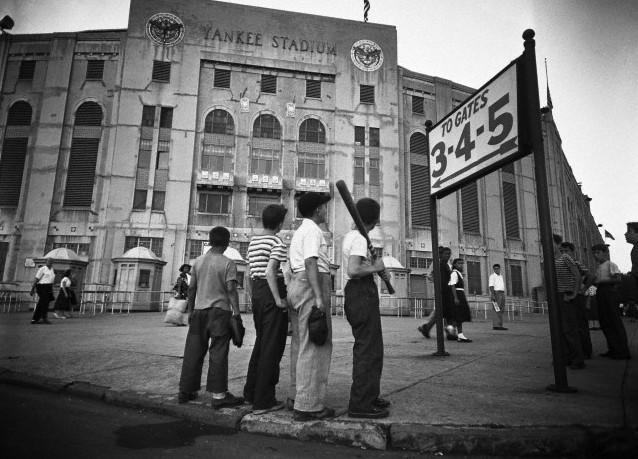 Following the Y ankess changed for the better when Pete Abraham started the Lo Hud Yankees blog. Fortunately for us, Chad Jennings has maintained Pete’s  high standard after Pete left to cover the Red Sox for the Boston Globe.

So head on over and check out Chad’s first half awards, what we can expect moving forward, as well as today’s news and notes.

Meanwhile at SI.com, Jay Jaffe’s got 10 bold predictions for the second half.

Here’s one that doesn’t come as a surprise:

The Yankees will miss the playoffs

They’re 51-44 at this writing, three games back in the wild-card race, but while they’ve hung surprisingly tough without Curtis Granderson, Derek Jeter, Alex Rodriguez and Mark Teixeira for most of the season, the bet here is that they’ve peaked before the cavalry of returns and deadline acquisitions has arrived. With their offense scoring less than four runs per game, it’s been their pitching that’s kept them afloat, but their run differential is in the red (-2). A closer look shows that at least among their starters, only Hiroki Kuroda and fill-in Ivan Nova have been preventing runs at a better-than-average rate, while CC Sabathia has been maddeningly inconsistent and Andy Pettitte has looked his 41 years. For the first time since 2008, the Yankees will be on the outside looking in come October.

Is there a magical trade that can save us?

I think the brass knows that this year is over. They will only do enough to create the illusion of contention. In the words of the great Clemenza, "This has to happen every 5 or 10 years. It gets rid of the bad blood." They will be back strong next year.

[2] Back strong? Nary a player I would keep, including Cano. I am 66. dont expect them to be strong or competitive for fifteen years. That's what it took the last time.

Gee Mick I'm older than you and I expect to enjoy more winning seasons in my dottage.

When were they not competitive for 15 years??