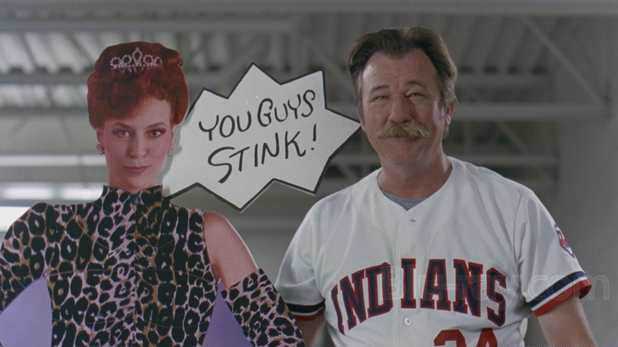 It’s going to take an absurd run to catch the Oakland A’s or Tampa Bay Rays. The A’s coast through the California Penal League to finish the season and while the Rays have it a little bit tougher, they have only three match-ups with the Yankees for the rest of the year. If the Yankees have an absurd run in them, they better start this weekend when the Yanks play the Orioles (also ahead of the Yankees), the Indians (also, also wik) play the Tigers and the A’s and Rays go head-to-head.

The Yankees took care of their end of the bargain tonight as the lineup bailed out CC Sabathia with a fifth-inning onslaught and the bullpen nailed down the victory with 3.1 scoreless innings. Of all the story lines for the season, the sudden pumpkinization of CC Sabathia is the most perplexing and, for me, the most frustrating. Some might say the injury heap, but I think if we considered which was more likely in December – a lot of injuries or CC Sabathia being healthy and shitty, we’d say the injuries without a blink.

CC will be here for a long time and I’d hate to have this version of him around for the long haul. Not just because the Yanks need him to be their ace, but because, damn, the guy has a great career going and it would be a shame for the bottom to just fall out like that. Anyway, CC was on his way to another depressing loss in a huge game when the revamped Yankee offense seized control. Doubles from Granderson and Reynolds preceded a long homer by Ichiro. Romine, Gardner and Jeter loaded the bases and Cano singled home two to make the score 7-4, and the Yankees held on from there to win 8-5.

“Held on” could have been “romped” but the O’s cut down three Yankee-runners on the bases (Reynolds at third, Reynolds at home and Soriano at home). Reynolds at least made reasonable decisions, but we have to discuss Soriano’s insane play in the seventh.

With two outs and an 8-5 lead, Soriano stole third and Arod followed to second. It’s not “by the book” but replays showed the defensive alignment allowed him to get a good jump and the play wasn’t close, so maybe he just knows what he’s doing? Then he got thrown at home by 15 feet on the next play.

Granderson bunted against the shift to net himself a single, but Soriano wasn’t ready for the bunt and froze midway down the line. Machado fielded the bunt and had no play at first and barely twitched as he looked up to see Granderson fly by. That twitch was enough for Soriano to break for home. Machado flipped to the catcher and Soriano was a dead duck.

Soriano made corn-beef hash out of the play for sure, but the bunt was a dumb play from the get go. Since Soriano didn’t know it was coming, Granderson took the bat out his own hands. He gets a single, but with two outs and first base open, the Yankees would rather have Granderson swing away against a right-hander to break the game open and save Mariano for later in the series. A little signal there from hitter to runner and the bunt scores an important run.

There was one fan in right field who was sure happy that the Yankees didn’t break the game open. As Mariano Rivera entered the game, the YES cameras caught her shaking with joy as he jogged to the mound. “I love you Mariano!” she said over and over again. You could read her lips without any trouble. It was a sweet moment and I couldn’t complain about the blown chances any longer.

Mariano didn’t get any breaks from the ump. Not that he should have, but he usually does get some leeway on the outside edge when a left-hander is in the batter’s box. No matter, a few potential strike threes turned in to ball threes, but he eventually set the side down in order.

Can’t be a winning streak if it doesn’t start after a loss. Right Yogi? 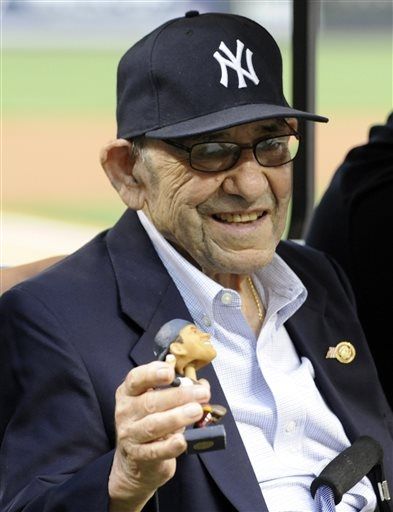 If Mussina could figure out how to bounce back after having his head beat in for half a season I have to believe CC can do it as well. Unfortunately, I don't think it's happening this year. But here's to a nice bobbly headed Labor Day weekend winning streak.

Thanks and praise be to Mo!

Get you shit together, CC...

Yeah, Joe got a little too cute with the Grandy bunt, but it would have worked if Sori had read the memo. On the fifth or so replay you could see ARod was waving at the perplexed Soriano to run. So yeah, it was ARod's fault.

I agree Jon that CC's so-so season is the most confounding storyline this year. I love the guy, and what's happening with him is hard to watch, and understand.

[4] I think that is probably Grandy's call on the bunt, not Joe's. If it was Joe's call and blown read by Soriano, then I'd say good idea, bad execution. If it was a surprise by Grandy, I'd say bad ideas all around.

5) sorry for the delayed response (was at a soccer tournament all day) but you're correct that it was Grandy's call. Here's what Joe had to say about it at YES.com

"I'm okay with it because Sori can basically get at least halfway down the line; it's a read by Sori and it may have shocked him, but I don't have a problem with it," Girardi said. "I'm not giving him the bunt sign, but if they're going to give Curtis a base, we have some guys now who can hit the ball out of the ballpark behind him, so I'm okay with it."

"It surprised me; my mind said stay but my body said go, and it was too late," Soriano said of the play. "Next time I have to be more ready."