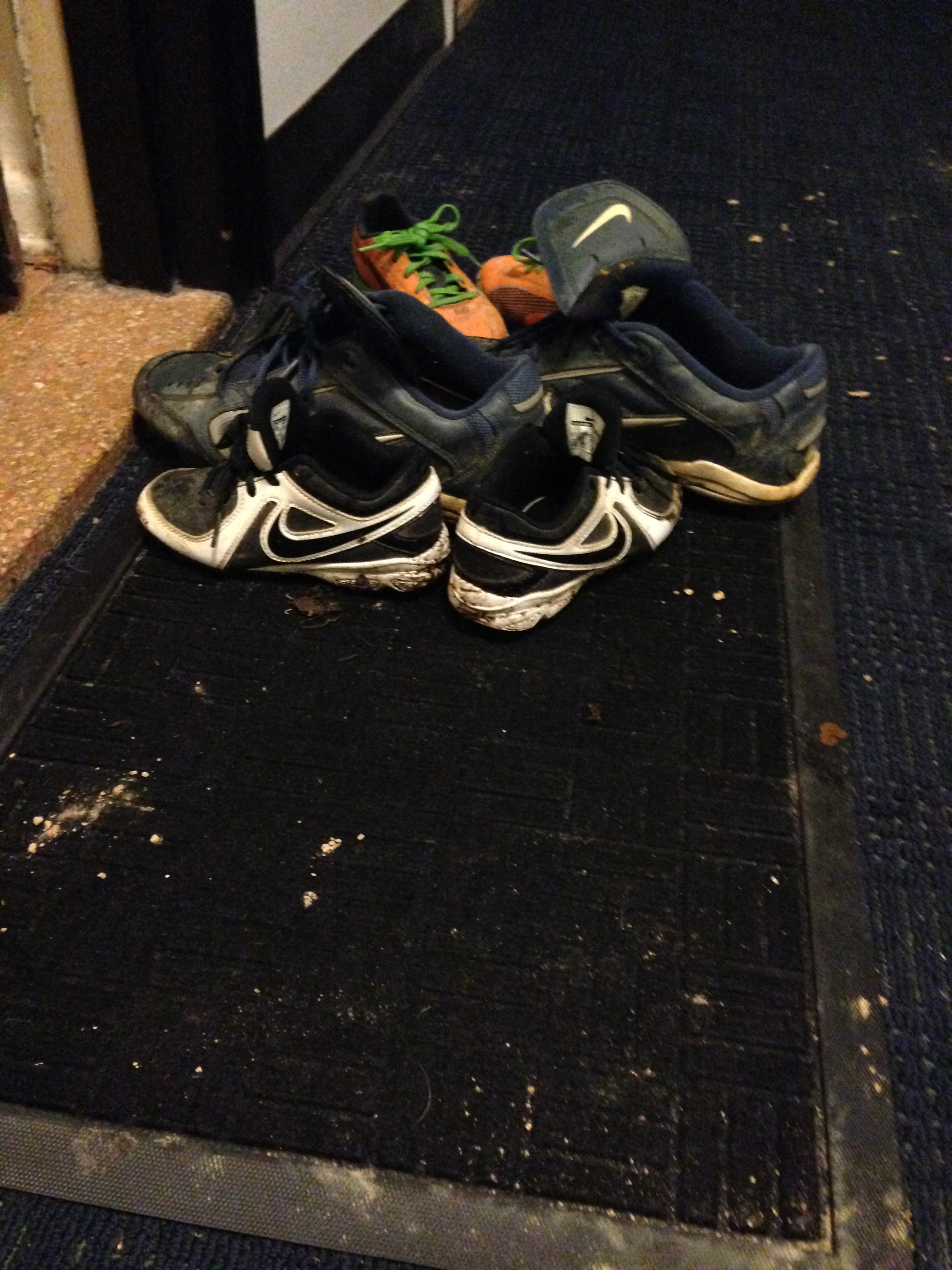 Early April dumps muddy cleats at the doorstep. And it never seems as warm as it should be. Last night was one of those chilly April nights in the Bronx, where the Yankees dropped a close one to the Orioles. The best game of the season so far, unless you prefer to win.

At decision time, Baltimore’s bloop-ball strategy proved more effective than Jeter’s small-ball. You make the call for yourself:

Score tied 3-3, in the bottom of the 8th. Brett Gardner, polishing off his lead-off double, stood at second base and Jeter promptly bunted him to third. Ellsbury popped up harmlessly to third base, wasting the bunt. The inning ended with Gardner still at third.

Baltimore started the top of the 9th the same way against current bullpen ace Shawn Kelley – double and bunt – but their bunt went foul. With two strikes they chose to swing away and not try to get out. They dunked in three straight bloop hits in front of the outfield and scored two runs.

Jeter’s bunt is disappointing for a lot of reasons, but it’s not the worst bunt ever bunted. One thing it is not is unpredictable. Jeter favors the bunt in those situations and though I don’t know who made the call,  he would have bunted on his own if he hadn’t received a sign.

The Yankees made it interesting in the ninth with two lead off hits, but if you blinked you missed the sac fly and double play. Yangervis, swinging to end the game with a homer, got jammed and ended the game weakly taping into a double play. 5-4 for the Orioles.

About Tanaka. In two Major League games Masahiro Tanaka has racked up 18 strikeouts against a lonely walk. He making guys swing and miss by combining a Clemens level splitter and a Duque level slider. And though the fastball is a set-up pitch, don’t sleep on it or he’ll paint the corner at 93 MPH.

He’s the real deal. Will hitters figure out his stuff as the season goes on? Or will his experience in the Bigs help him avoid those few crushable mistakes he’s made each game? It will be a lot of fun to watch it evolve.

[0] Not as concerned about Tanaka hitting bats as I am about the Yankee bats hitting balls. Catfish used to give up some runs, keep the team in the game for the next five or six innings and the team would score for him. Then they'd bring on Sparky or Goose. As you noted, they had the chance in the 9th and couldn't produce,after the O's got runs by putting the ball in play.

Your doorstep looks very much like mine, Jon, with the muddy cleats and sneaks.
I didn't like the bunt in that situation. Gardner can usually score on a hit, so I would have been swinging away were I Jeets. But he and Girardi have played thousands more games than I have, and they'll defend the sac bunt to the grave so, what can you do?
I miss Mo. I love watching Tanaka despite his first-inning struggles.