It Ain’t Hard to Tell 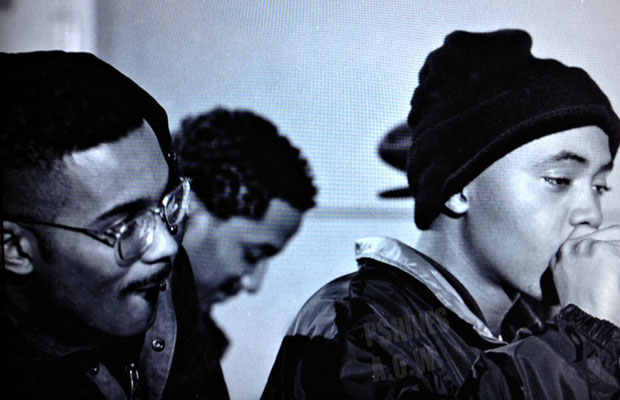 Lots of deserved attention being paid to Nas’ debut record Illmatic which turns 20 this year. A documentary, mix tape tributes, you name it.

Here’s one of my favorites so far–an in-depth interview with Large Professor:

DX: Yeah, Nas always said Illmatic was like his application to the Rap gods membership club. Sort of like a “Hear me out..this is what I’m doing…I belong here,” thing.

Large Professor: Definitely, definitely. Yeah, that was it, and with that album, I always say that was a more lyrical-driven album, if anything. Like, the beats were cool. They were good backdrops, but just the lyrics and the experience that he was putting down over those beats just it is why that album is heralded the way it is today.

DX: You’re being really modest, man. Those beats were not just okay.

Large Professor: Nah, I mean, they were bangin’. “One Love,” you know what I mean? “The World Is Yours,” and everything… But you could have had some clown get those beats and put some bullshit down, and them shits, it wouldn’t have been nothing. Nas put something down that was like, “Yo, this is… It’s not the icing on the cake. This is part of the cake.” It was like, “This ain’t the icing on the cake; this is the cake almost,” and the beat was almost like the icing. Nas’s rhymes were like the cake because, you could have gotten any old body to rhyme on them beats, and you would have been like, “That’s cool.” But [with] the stuff like “The World Is Yours,” he was tapping into the spirit of the beats and everything. It was like, “Yo, what is this? This is like world is yours type shit, man,” and that’s serious business.

DX: Absolutely. He’s said in interviews that he begged you to executive produce the album, but you were like, “No. It’s your vision.”

Large Professor: Yeah, nah, like I was on some… We were cool. We would be in the crib, and we’d be recording, and then we’d take a break, sit out on the terrace and just chill. We would be talking about the world like, “Yo, if this planet…” We would just be wandering in thought and just all kind of stuff like that. So, to have that kind of relationship, and then just one day come and say, “Just sign this contract.” Nah, I couldn’t. That’s not who I am. I’m not a sign this contract kind of guy.

I also loved this part from Large Professor:

He got people thinking outside of the norm. Like, “Jerome’s niece / On her way home from Jones Beach,” and things like that.

I remember listening to One Love at my friend's apartment, and we just couldn't stop listening to that song. It was on repeat for hours. The story and mental visuals you developed as you listened to Nas rap over the beat (yes, we were on that hippie lettuce too), with Q-Tip producing and doing the chorus. Nas essentially created a 5 minute movie wrapped up neatly into a song. I felt that every song was like that on Illmatic.

I can only think of Snoop's "Tha Shiznit" as the only other hip hop song that does the same thing - the lyrics are flow like a great movie script - the difference is that Nas did that for an entire album.

I think Slick Rick had a great gift for narrative rhymes but Nas added a more distinct visual--or, as you say, cinematic--flavor. I worked as an assistant film editor on "Belly" and they tried to re-create the scene between Nas and the kid from "One Love" and it couldn't match the poetry of the song.

[2] Yeah, great point. Slick Rick did a great job of that too.

Also, Large Professor was always a favorite of mine--not just as a producer but as an emcee as well. Reading this interview he seems so humble. Made me like him even more.

[4] I hope Tanaka is listening to "Represent" on repeat. Cause that's what we expect him to do tonight. RE-PRE-FUCKING-SENT!!!!

"Represent" makes me want to down a St. Ide's and run through a brick wall

The fact that this and Ready to Die came out within 6 months of each other is just silly. I think what's great is that both, but moreso Illmatic, exist as documents of the time and place that they were created. Like "Halftime"...who would even think of making a song like that today and releasing it as a single? The entire album has one guest verse!!